It’s been a while since I’ve posted anything about brewing beer. We took advantage of the beautiful weather over the weekend and brewed two kinds of beer, so I thought I would give those of you who don’t brew an overview.

We brewed 5 gallons of Irish Red and 5 gallons of Belgian Tripel. Since we wanted to make 10 gallons and two different types, we decided to go with extract kits instead of all grain.  This is comparable to making a cake from a box (extract kit) versus making a cake from scratch (all grain).  An extract can be brewed in 2-3 hours (depending on the sophistocation of the equipment) where it takes about 6 hours for all grain.

The goal was to brew both beers at the same time, but one of us forgot to inventory the propane, so we ran out in one of the tanks.  Ahem. You can draw your own conclusions as to who is the guilty party.

Regardless of which process you use, you start with base grains and specialty grains.  In an extract your base grains come in a dry form – think boullion powder.  This saves a lot of time on the front end.

So here is the down and dirty on brewing beer from an extract kit.

You start by heating up some water and soaking your specialty grains. 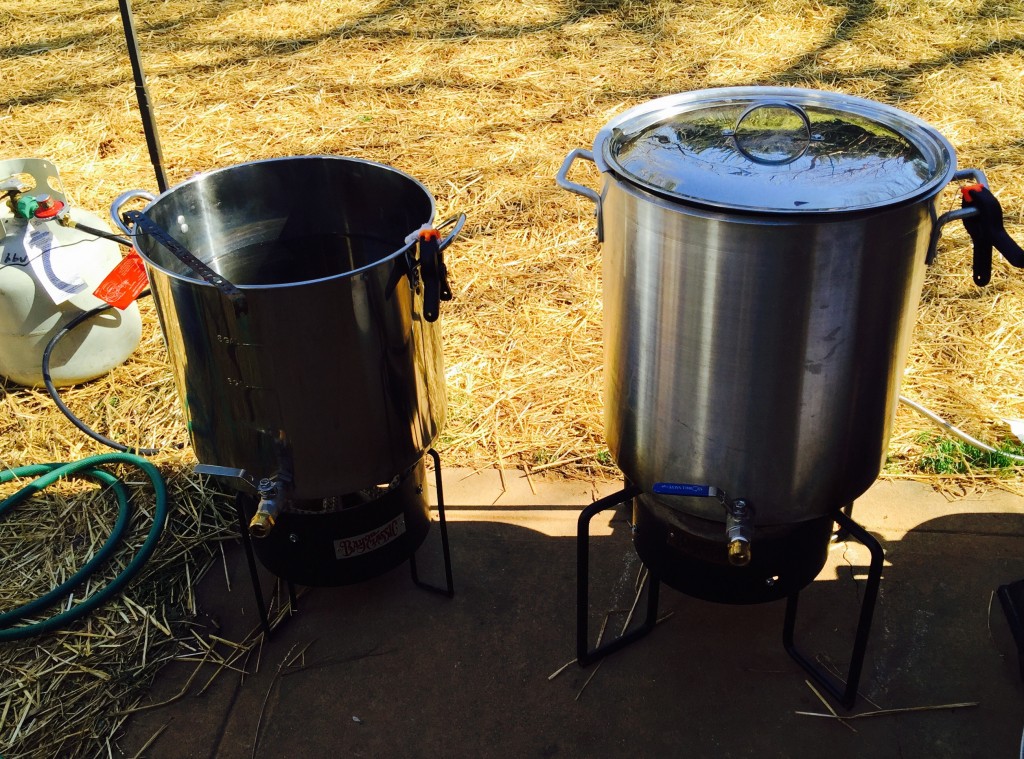 When that is finished you add your extract and keep heating your water to get your boil.  You have to keep an eye on things here.  Lisa likes to say that a watched pot never boils, but an unwatched brew pot always boils over. 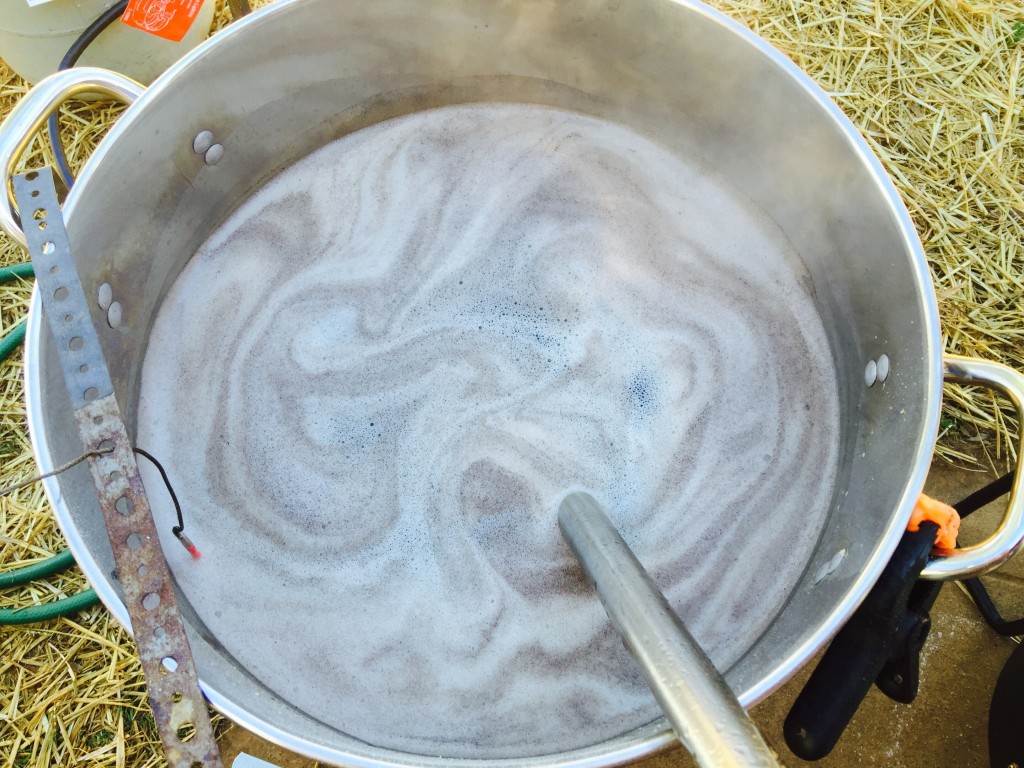 It’s true!  During the heating process, the proteins from the grains build up and create a foamy layer that kind of seals the liquid underneath. 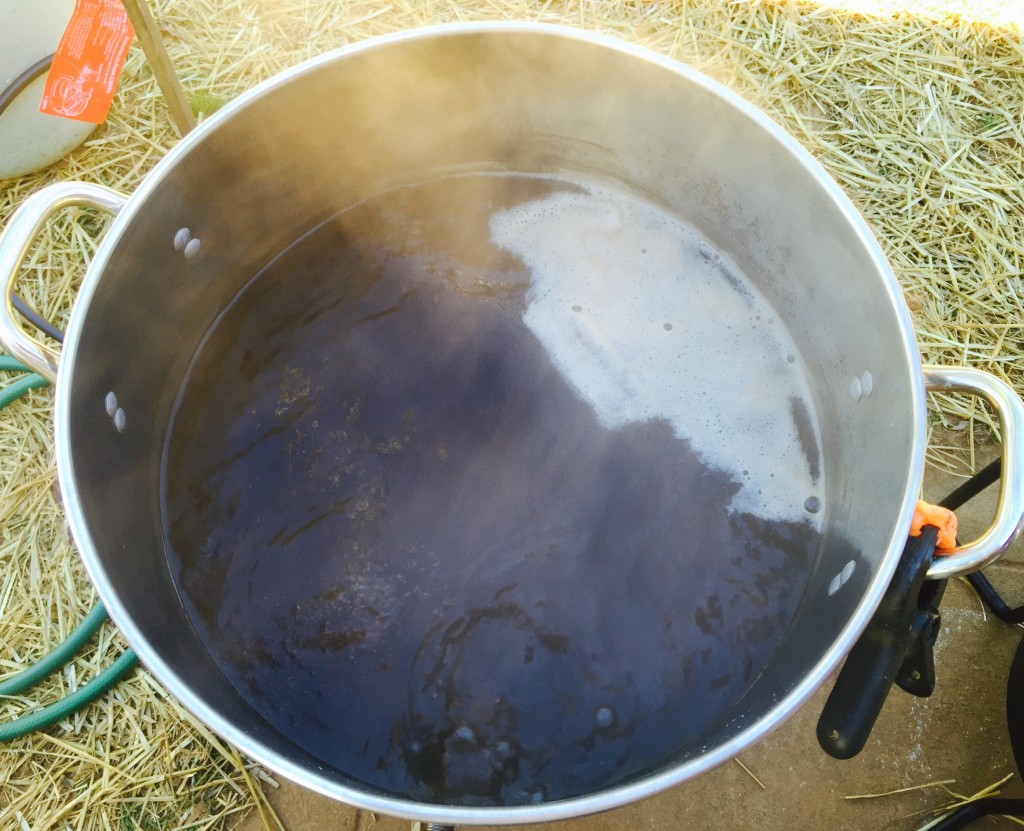 That layer has to be broken up or when it boils the liquid underneath will break through and boil over. What an unholy mess.  Not that it has happened to me. Cough cough eyeroll. 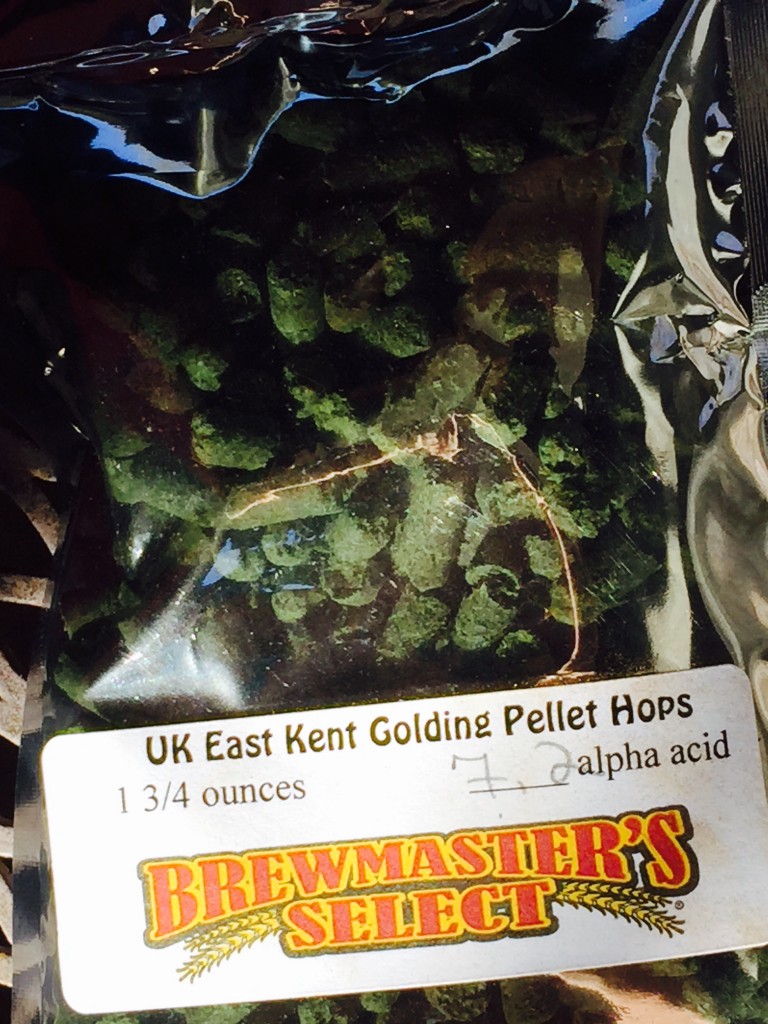 At some point hops are added. 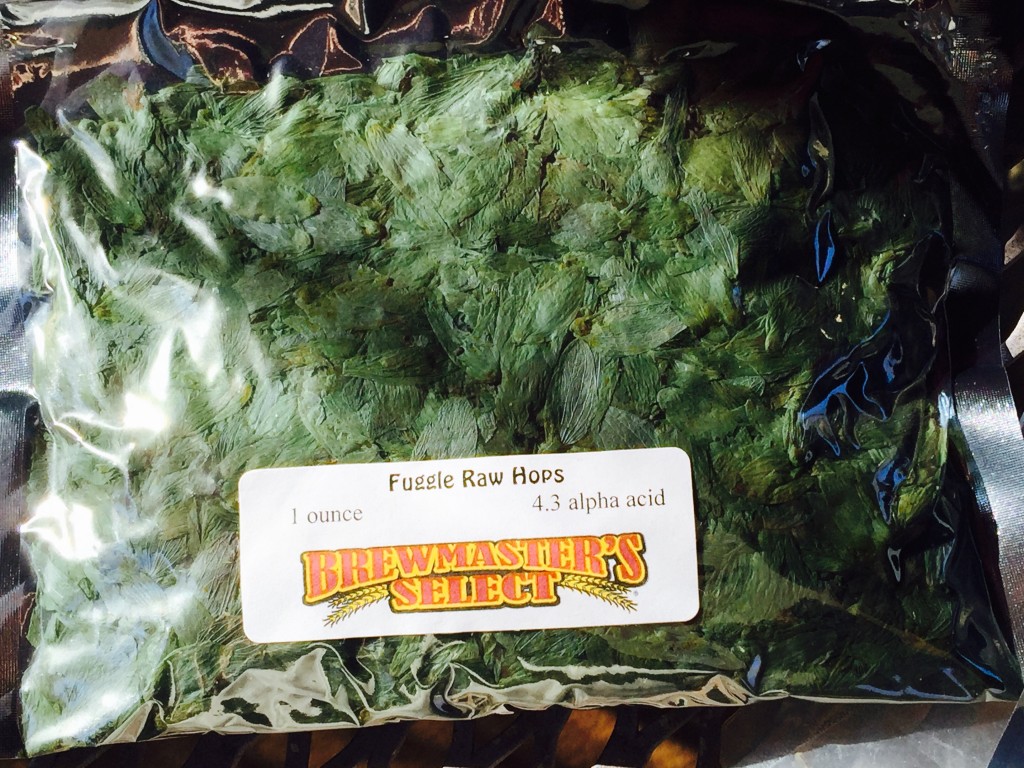 The timing, type, and amount vary depending on what kind of beer you are brewing. 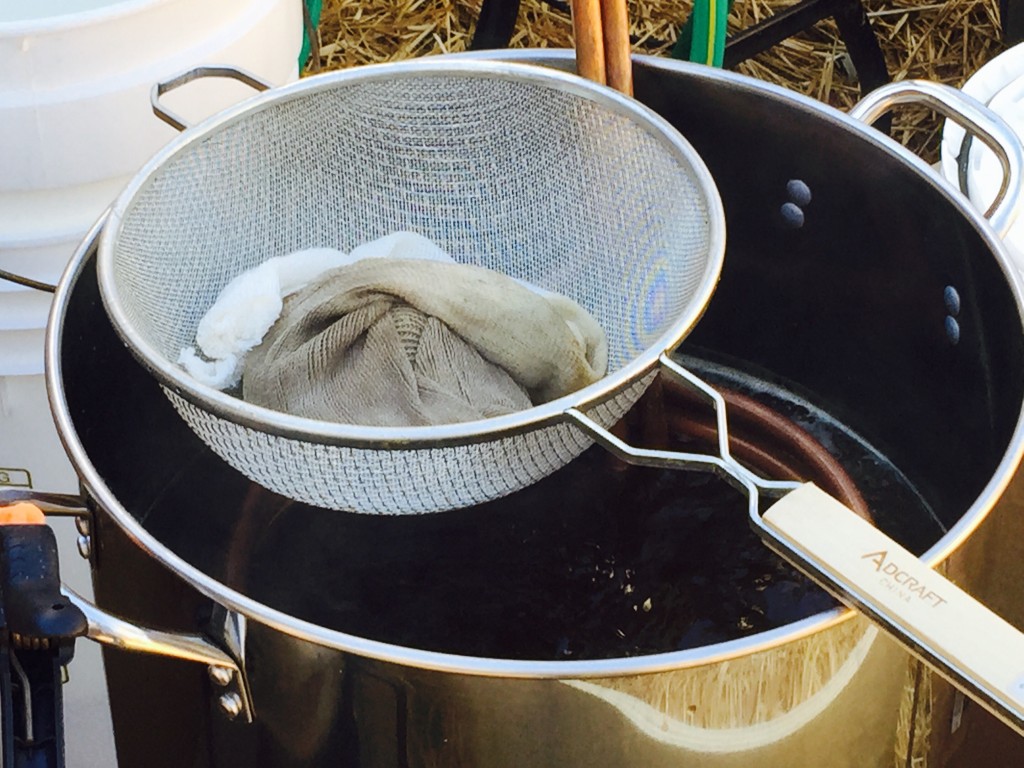 After the hops have boiled, they are removed and the fire is turned off. This called flame out and the product you have is not beer yet. It is called wort. 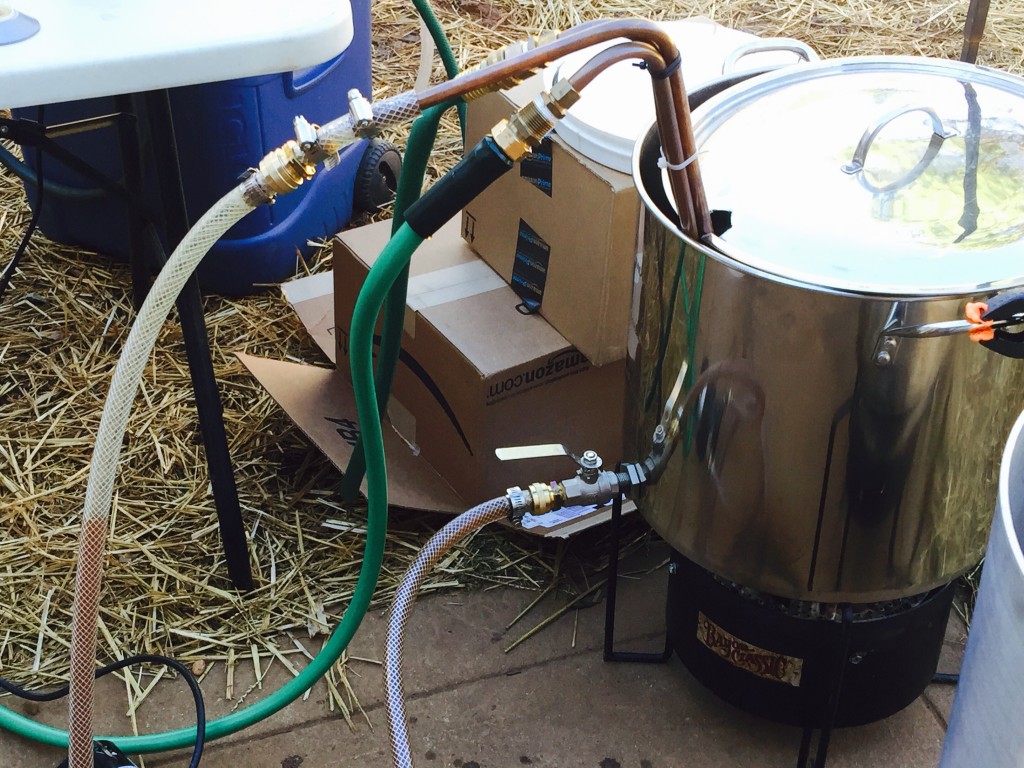 Now the wort has to be chilled to about 68 degrees ferenheight.  The reason for this if wort is too hot it will kill the yeast, your wort will not ferment, there will be no alcohol, therefore no beer and you have just wasted a bunch of time. 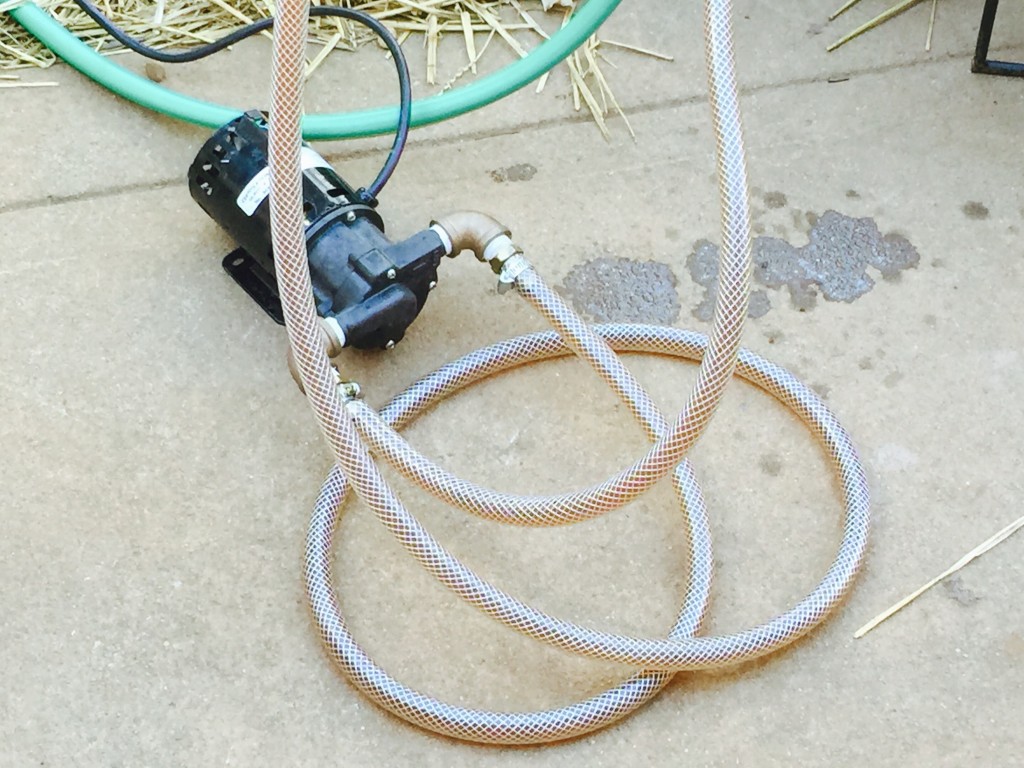 There are different ways to chill.  We have a system that pumps cold water through hoses and copper coils that sit in the wort.  Another set of hoses pumps the wort to keep it moving which prevents pockets of heat from forming.  This speeds up the process. 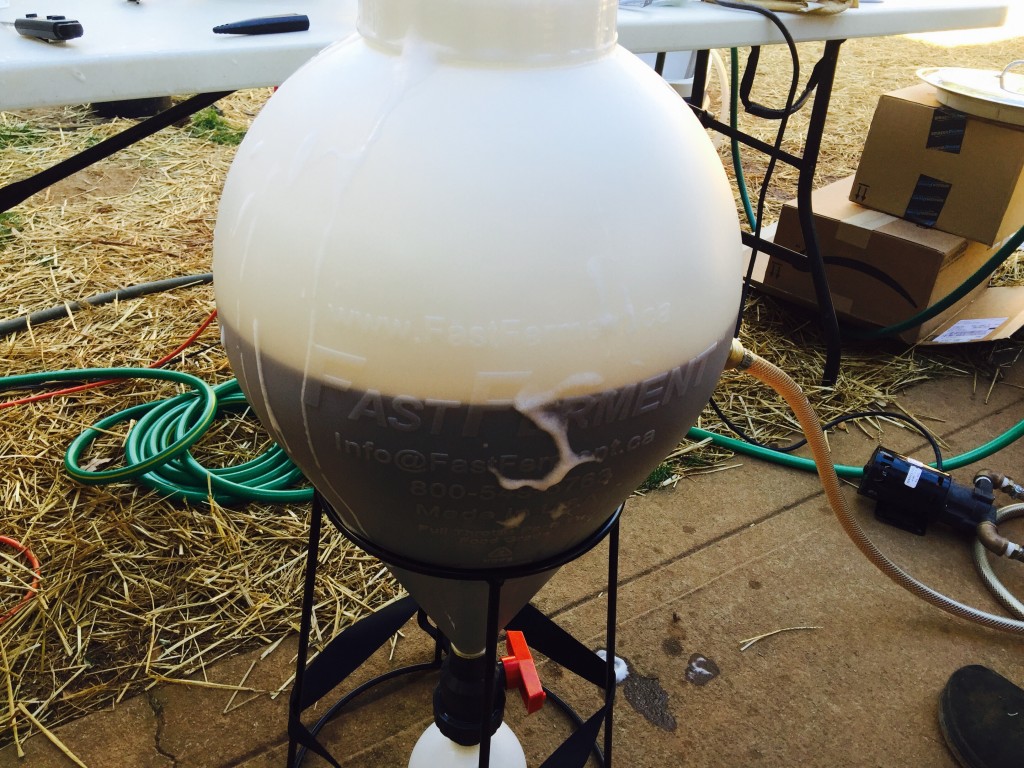 Finally, the wort is moved to a fermentation device and yeast is added.  We have some pretty cool conical fermentors. One of the hoses is detached from the chiller and connected to the fermentor.  The pump transfers it to the fermentor and at the same time splashes it around which adds oxygen.  Oxygen wakes up the yeast.  They then do their job of converting your wort to beer. 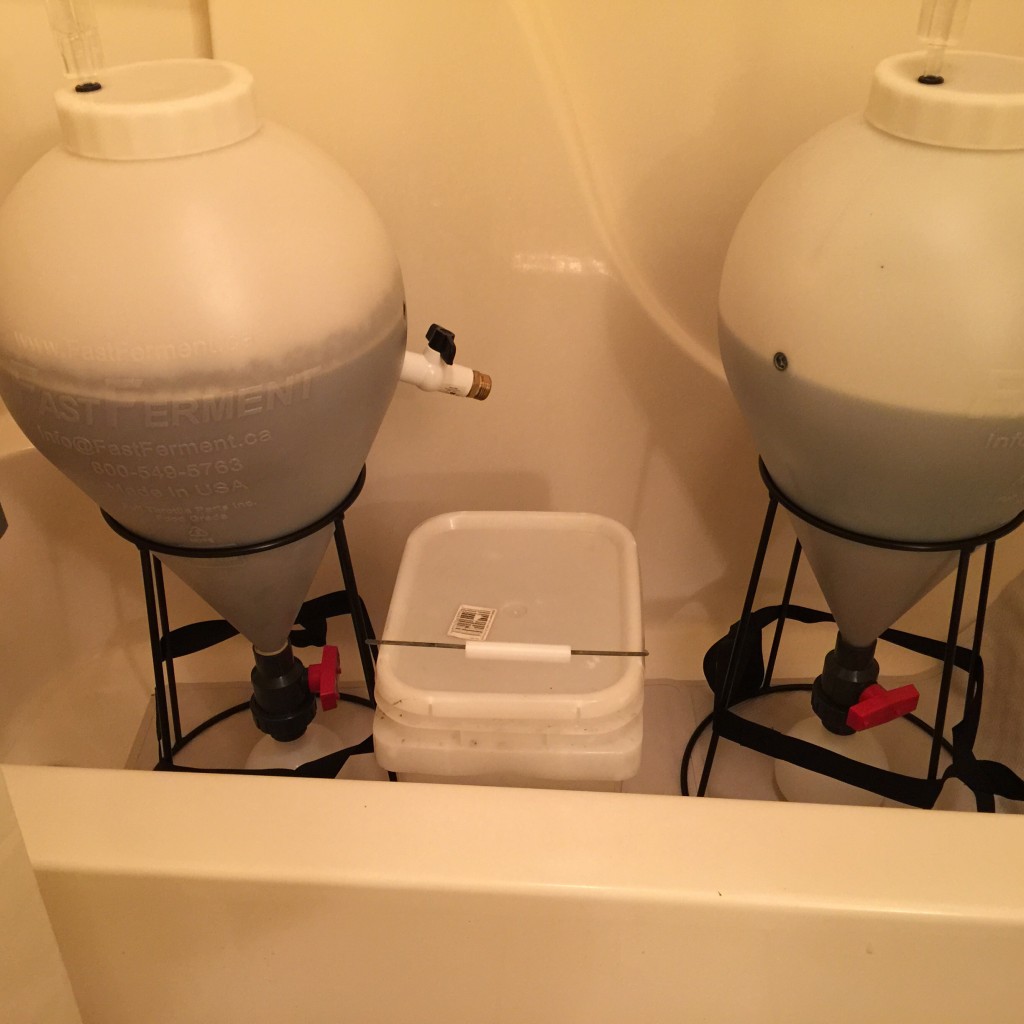 The amount of time this takes depends on the type of beer you are making.  Ales (which are what we usually make) need to maintain a temperature of 68 degrees during this process and lagers ferment at 49 degrees. In the winter our house stays 68 so they just hang out in our guest bathroom shower.   There is a resting period after the fermentation is complete, then it is transferred into kegs and carbonated.

Note: there is a lot more to brewing than what has beend described here, such as sanitation and gravity readings.  This was just intended to be a high-level overview of how it is done, not a tutorial.  Please consult an experienced brewer before attempting to brew on your own.  In my experience home brewing enthusiasts love to mentor and promote their craft. I know we do!