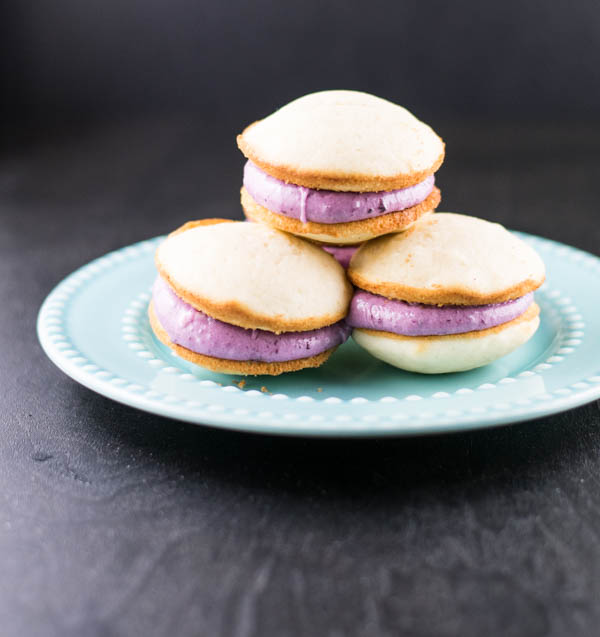 Who doesn’t love a whoopie pie?  I mean seriously, two cakes stuffed with some delicious filling for your own personal little some kind of wonderful? 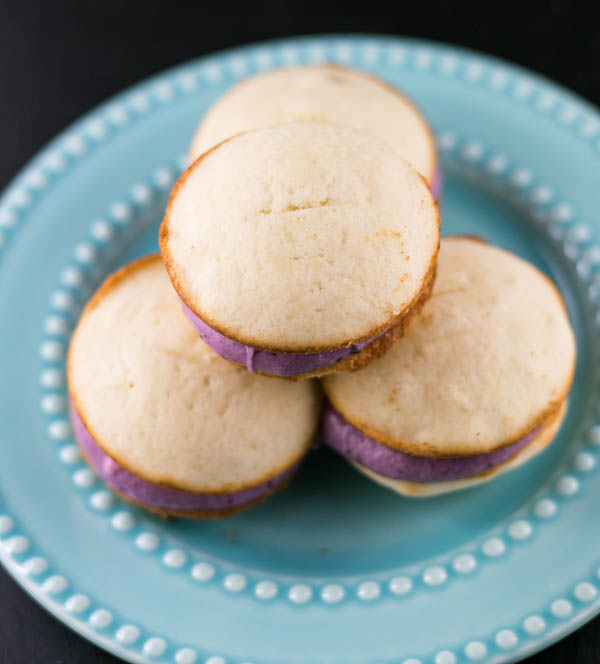 I decided to take a walk on the wild side and make a whoopie pie a bit different than the traditional chocolate cake marshmallow filling variety.  Not that I normally need any particular reason to do something different, but today we are celebrating! 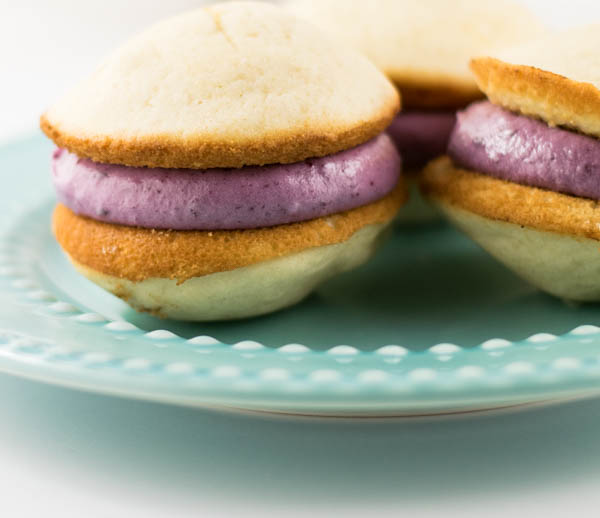 Jenna of A Savory Feast recently welcomed a baby boy into her family, so today a few blog friends and I are throwing her a virtual baby shower! If only we lived closer so we could all get together, but since we cannot, but here are some ideas for a smashing baby shower menu. We included a few of Jenna’s own recipes (without her knowing!) so be sure to give her posts some love! 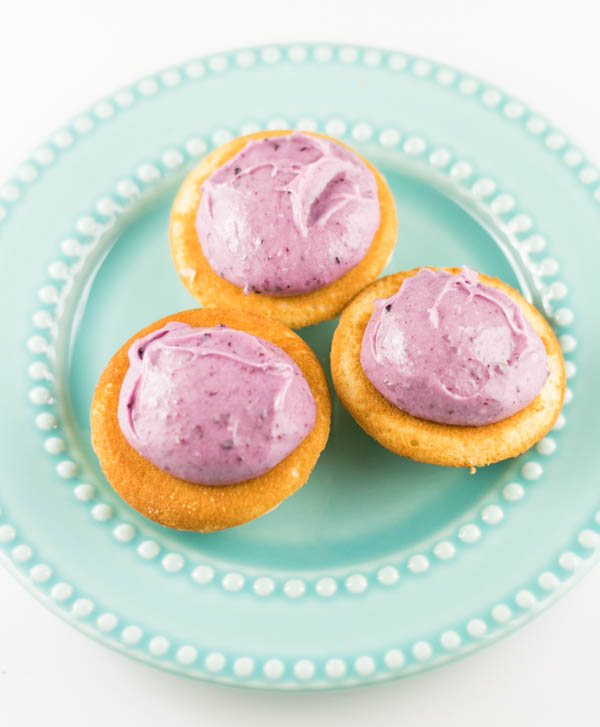 I decided to use some blueberries to make a festive (and blue-ish) filling to put between some little vanilla cakes and it was a total win.  I made the cakes with a whoopie pie pan, so they came out of the molds the perfect size for a baby shower. 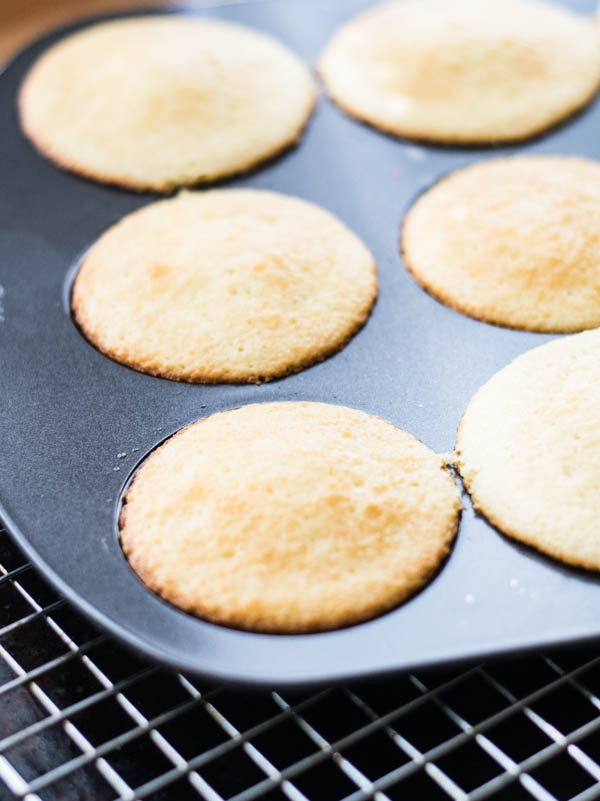 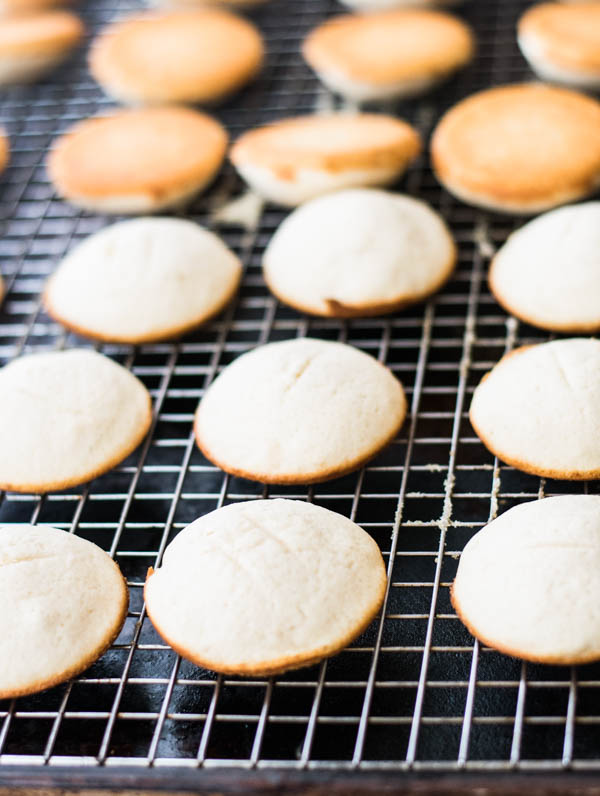 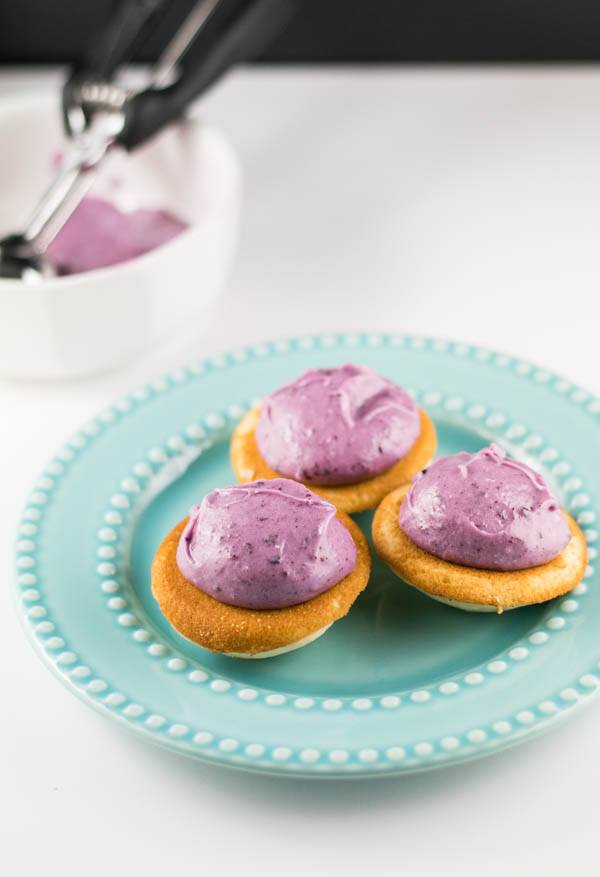 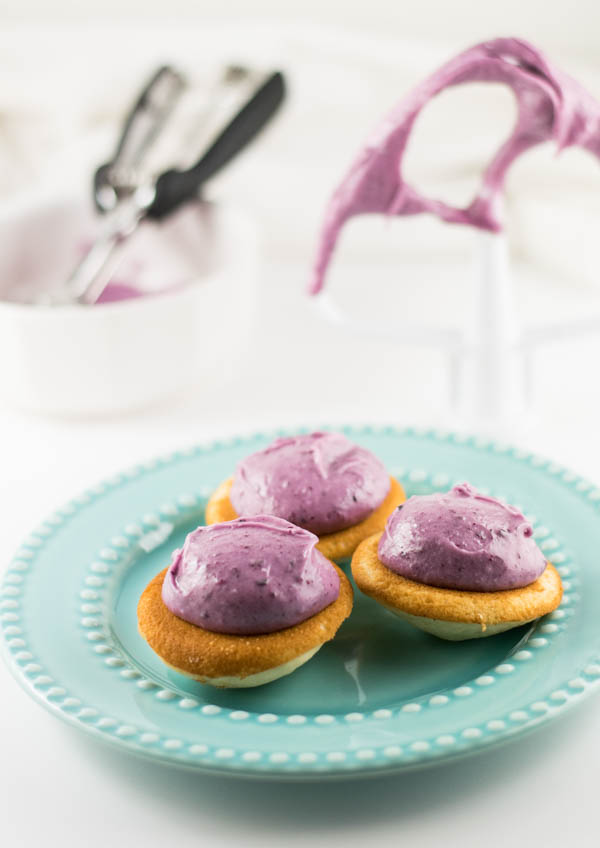 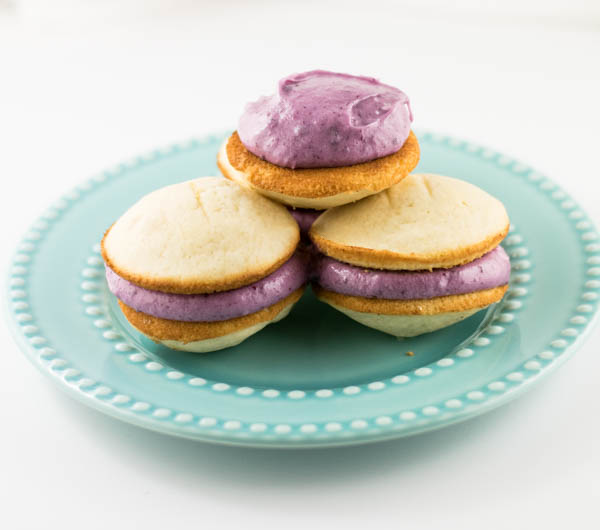 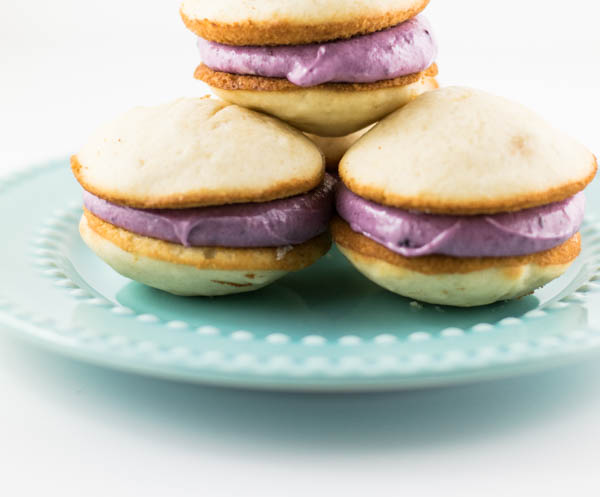 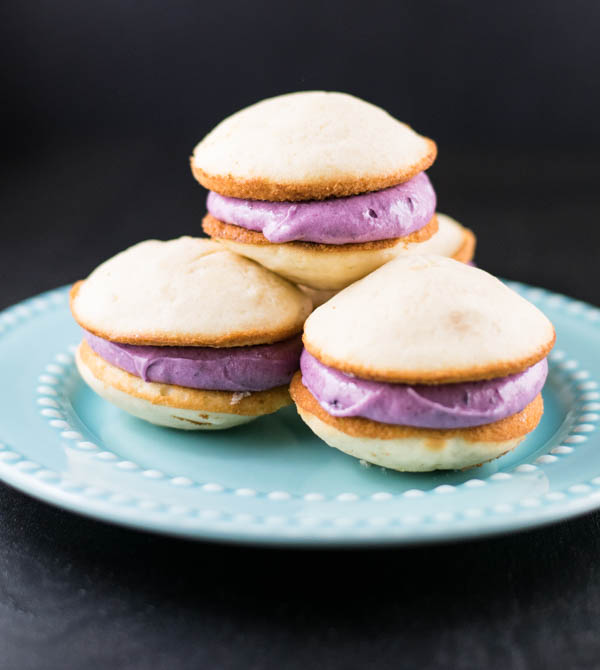 Join me in the celebration of Jenna’s sweet boy and scroll down below to see what everyone else is bringing to the party! 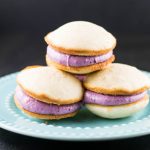 So last week during one of the snow days all the Southern prudent people who had the option worked from home. Jennifer and I are included in that group.  We’re prudent like that. 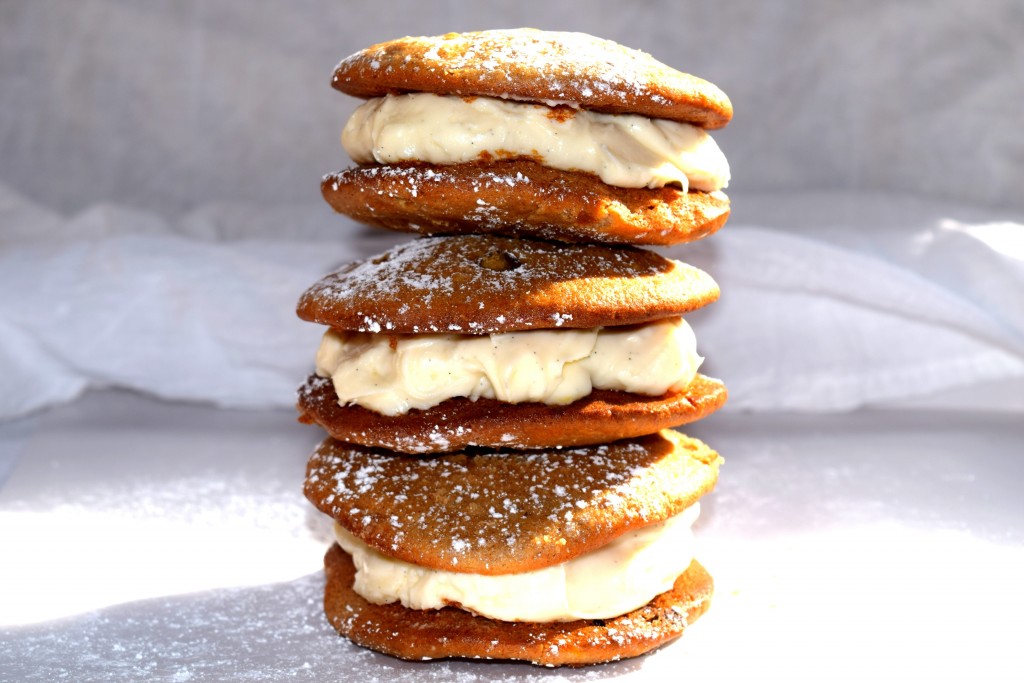 We’re also resourceful and use our time wisely. 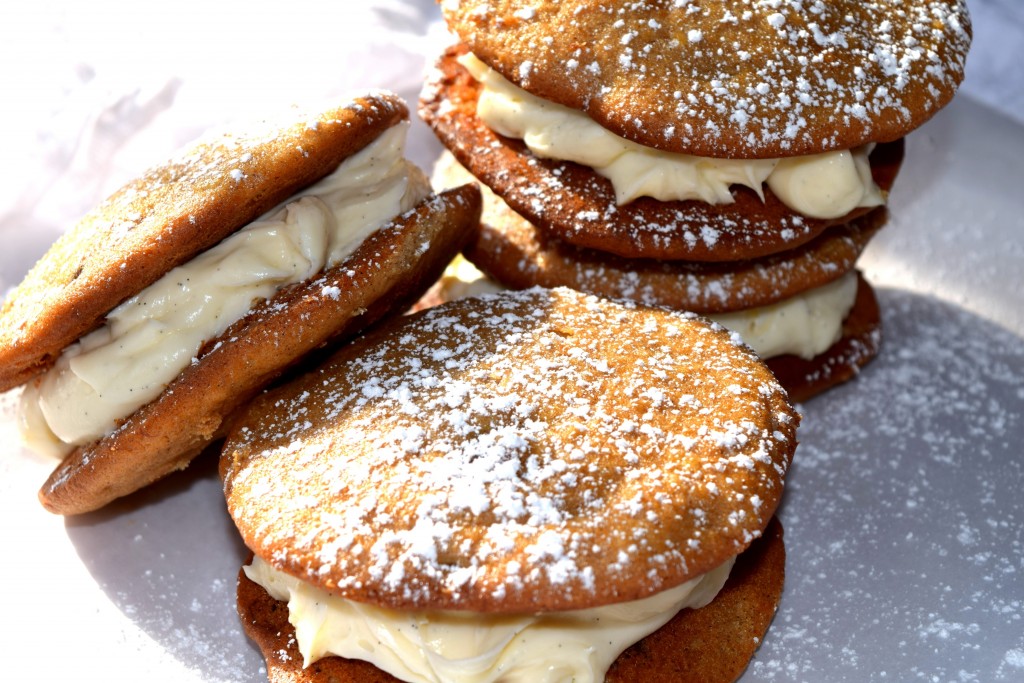 We were discussing what I should bake.  I wanted to make a cheesecake. 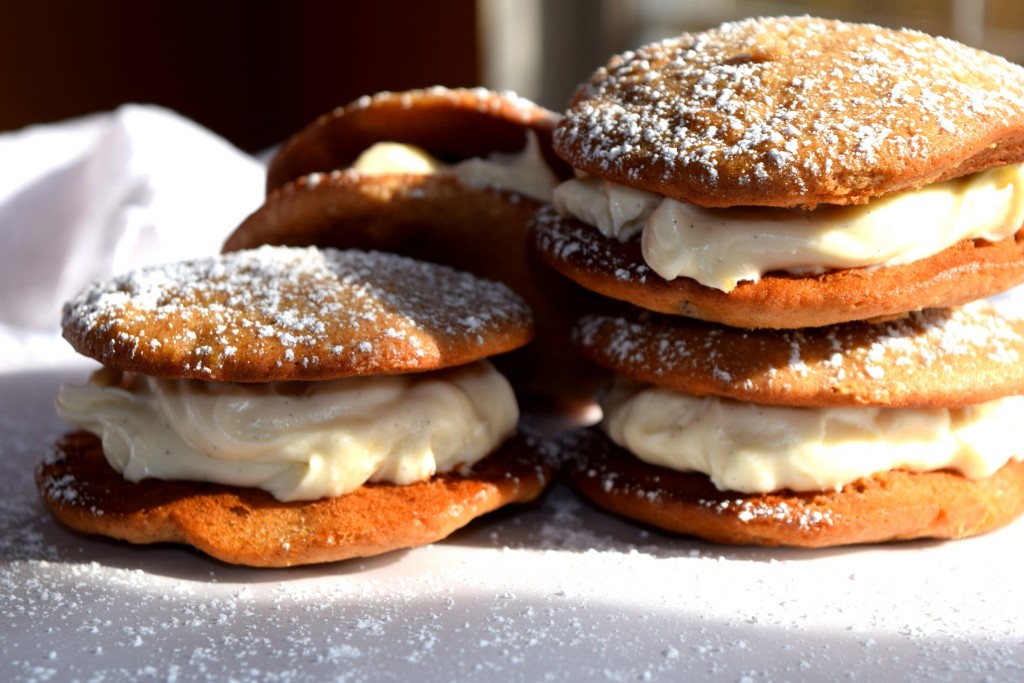 But Jennifer put her foot down and said no more cheesecake.  She thinks she doesn’t like it, but so far has liked every one I’ve given her.  Ok.  To be fair I think there have only been two.  But the point is that she liked them. 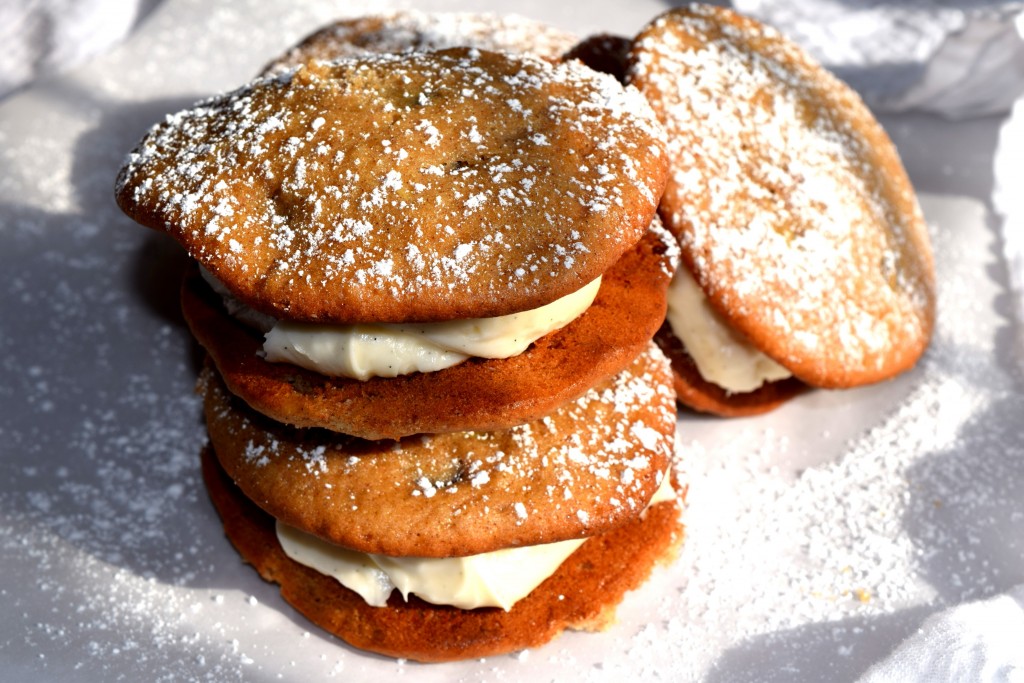 So she suggested that I make banana “whoopsies” with chocolate chips.  She has a real thing for my Pumpkin Whoopie Pies.  Later that day I attempted to adapt that recipe to a banana one.  I’m not sure what I did, but this happened. 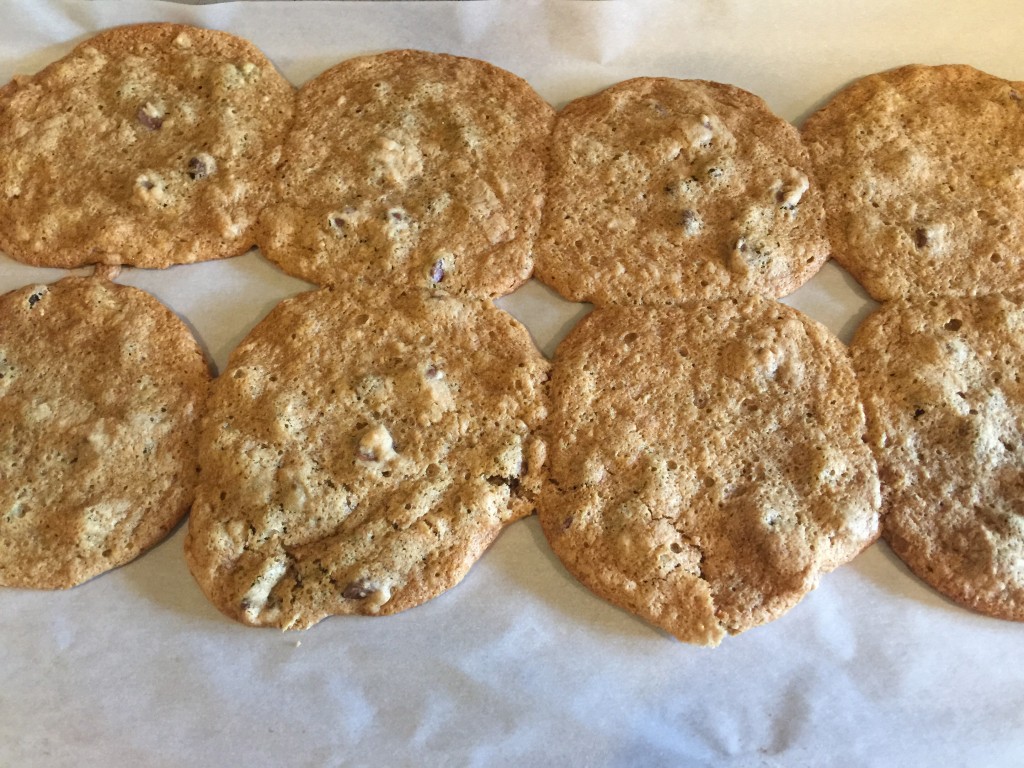 They were flat as a pancake and ENORMOUS!  I returned to Jennifer with this information and I believe she busted a gut.  I’m fairly certain that Chris was amused too.  I base this on the size of his eyes and the guffaw that emerged when he saw them.  I was forced to resort to more reliable methods. 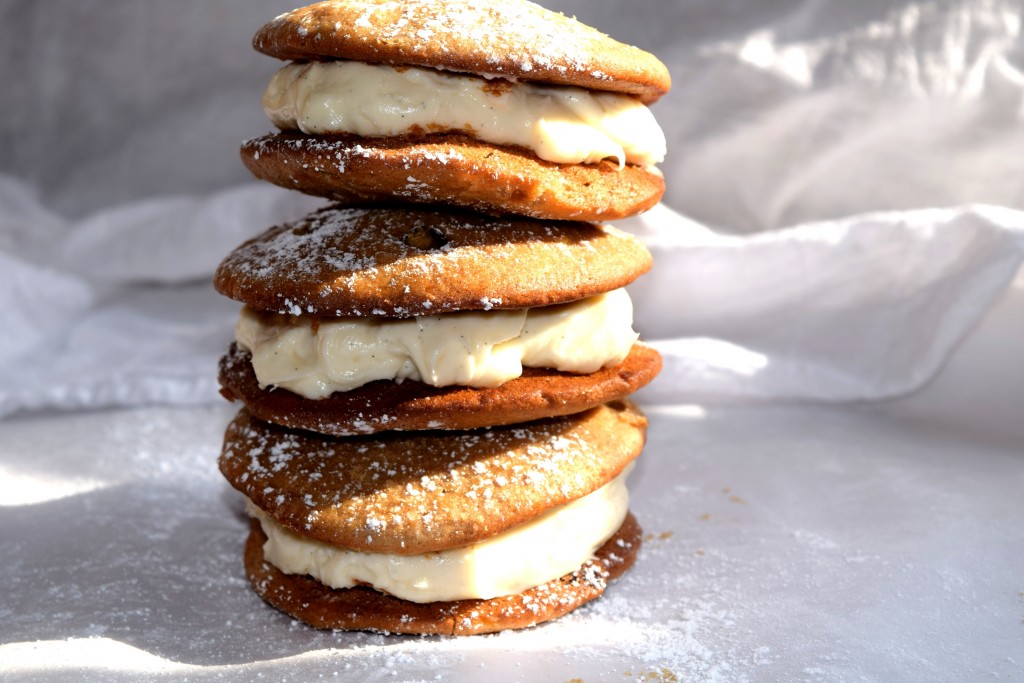 I consulted Martha.  BTW – do you like this picture?  I took it right before the whole thing came tumbling down. Splat.  Do you think that’s funny, Jennifer?

Note: I stored these in the fridge and recommend that you allow them to come to room temperature before eating to let the flavors come out.