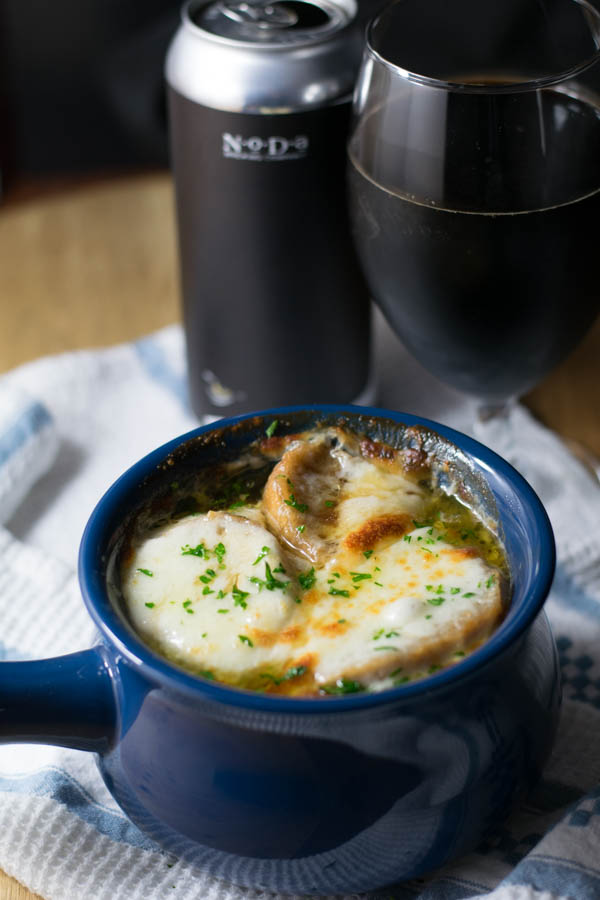 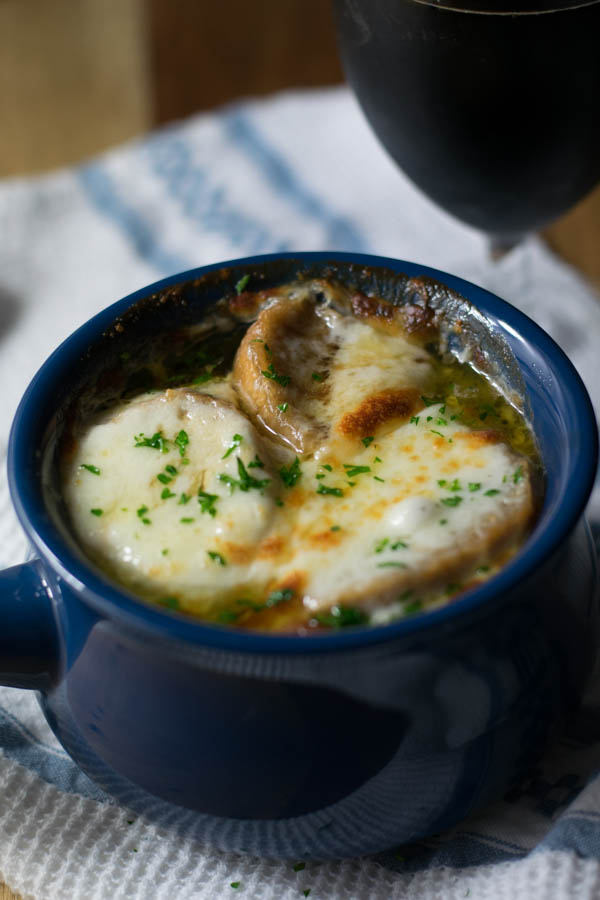 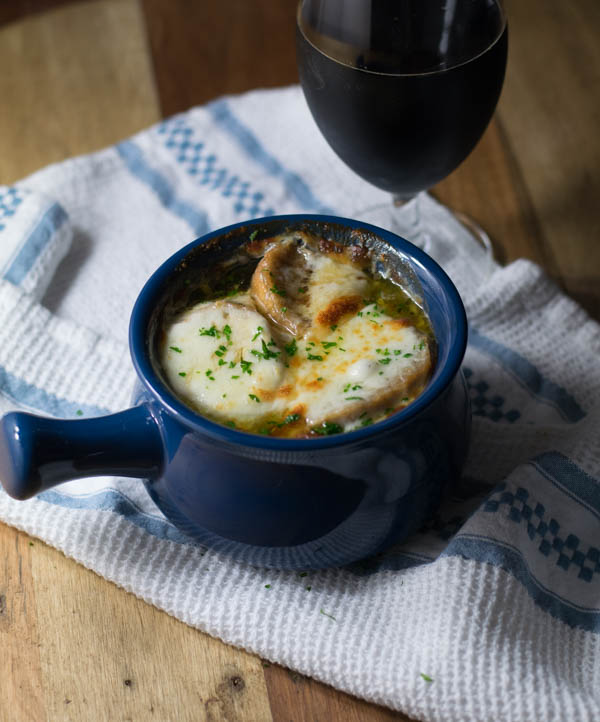 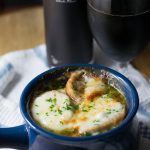 Yes.  I’ve basically made you a ham sandwich.  But it’s a fancy French one! 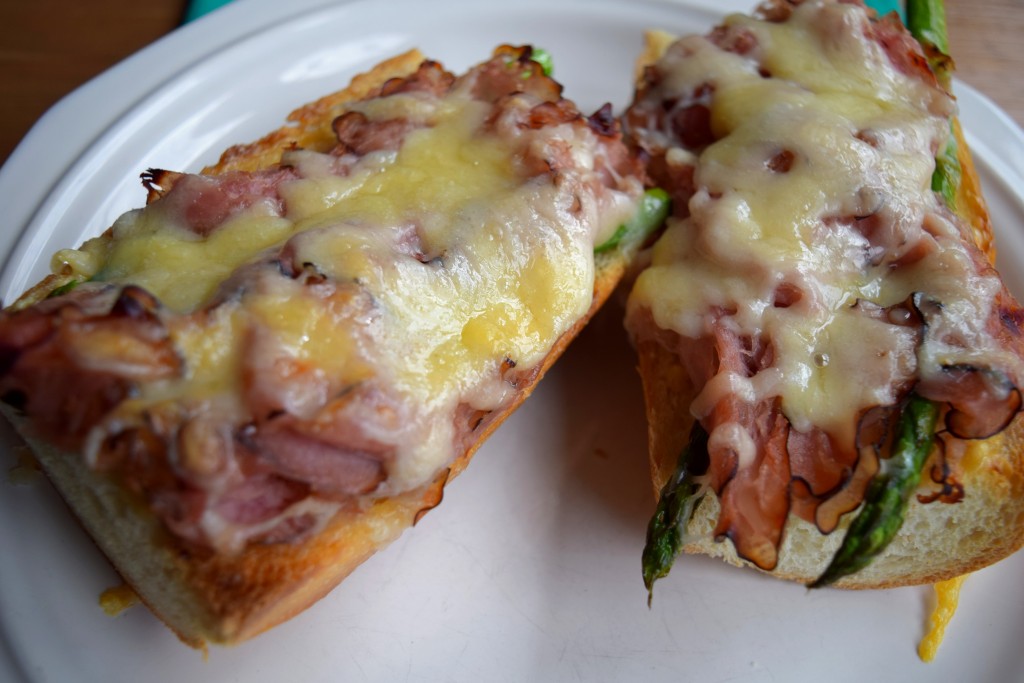 I actually made this some time ago and held onto it because I thought it might be stupid to post a ham sandwich – even if it is a fancy French one.  But variety is good, right?  And sometimes it’s refreshing to get back to basics or class up and modernize an old favorite. 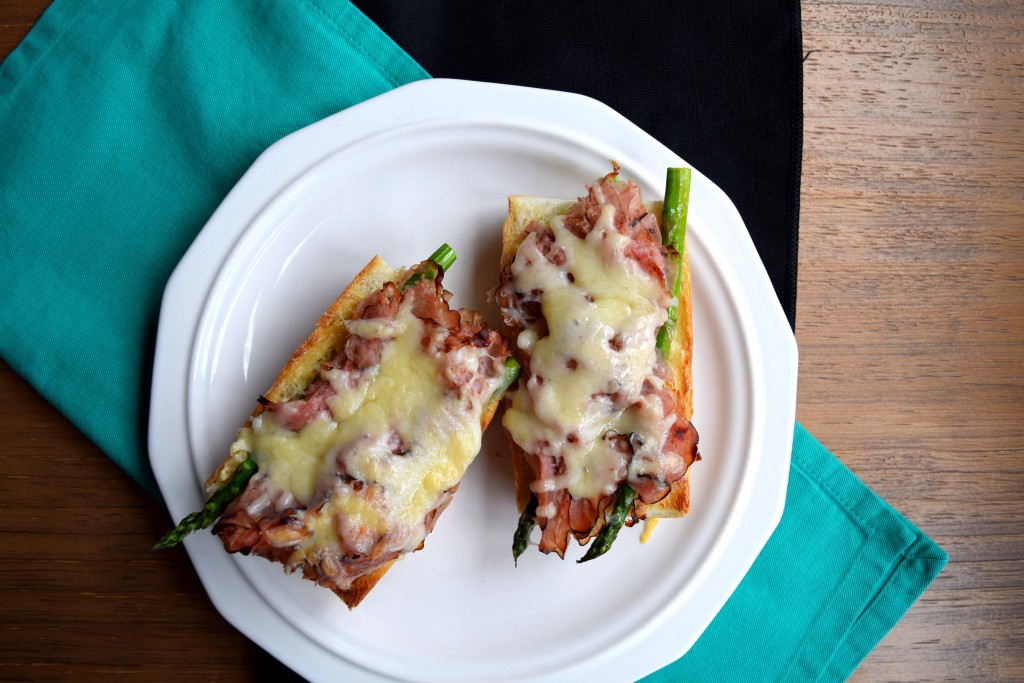 This was inspired  by a place in Charlotte called Amelie’s French Bakery.  I think they are actually a chain with some other locations.  They have several types of tartines on the menu and the ham and gruyere is by far my favorite. 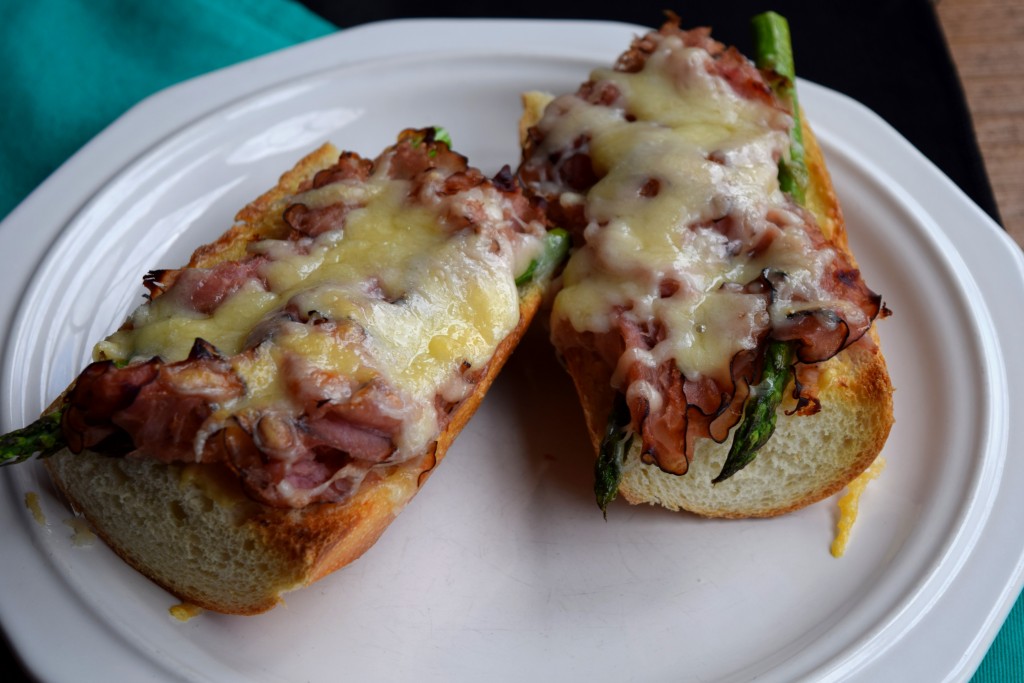 I totally had an insane craving for a tartine and wanted to go to Amelie’s.  What a bummer that we were snowed in and working from home.  By Charlotte standards that means 2 snowflakes. Fortunately,  like everyone else around here we stocked up at the grocery in anticipation of another snowpocalypse, so I was able to improvise and throw together a copycat.  I added roasted asparagus and topped it with arugula for a little sumpin’ sumpin’ extra. 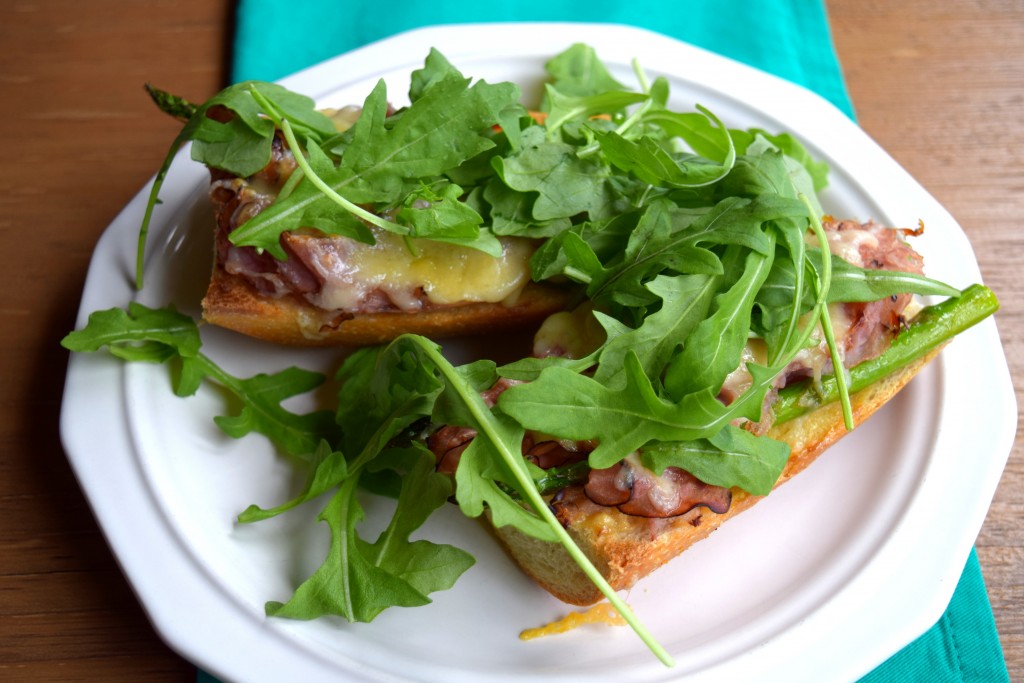 If you happen to live near Amelie’s French Bakery, I recommend you rush over there and try a tartine.  If not, just whip one up at home and enjoy the spring weather with no more snow!

Note: Measurements are not exact because the intent is to be free-handed to make the tartines according to personal preference.  Adapt to what makes you happy.