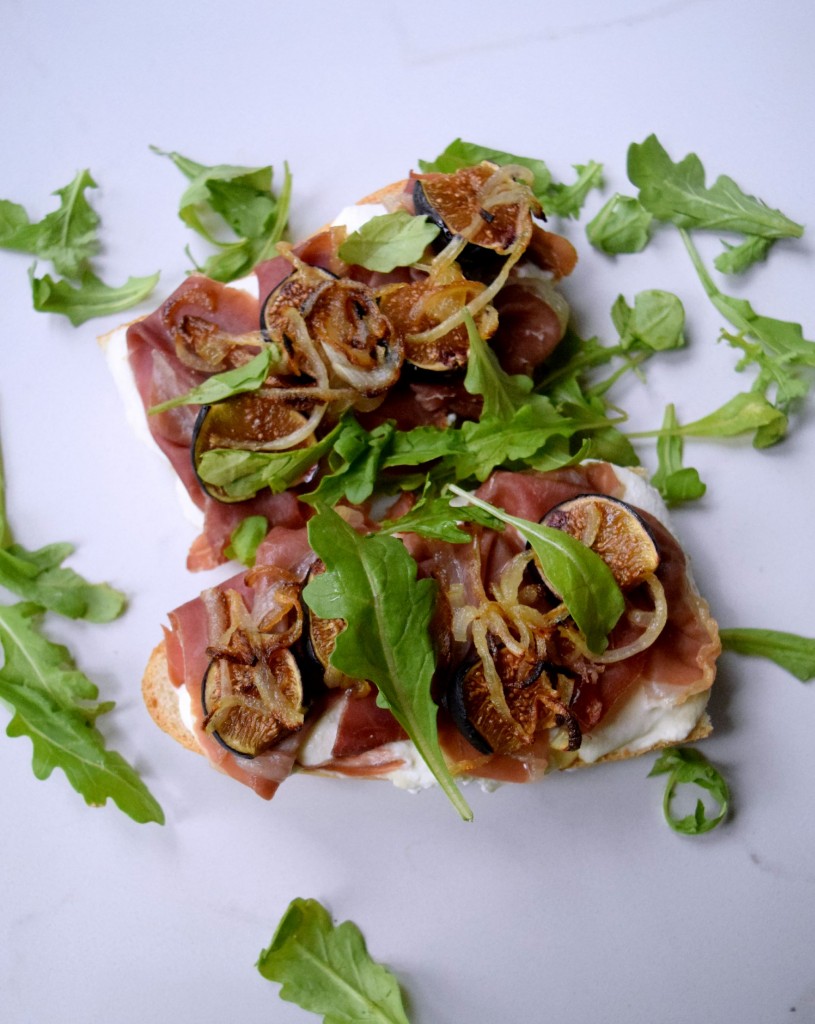 Y’all, I really don’t know what in tarnation comes over me at the Teeter when I see the figs.  I turn into some kind of a crazy person and have to scoop up every box in the cooler – and there are usually only about 4 or 5 boxes.  I just have this compulsion to hoard them all to myself.  NO FIGS FOR ANYONE ELSE! 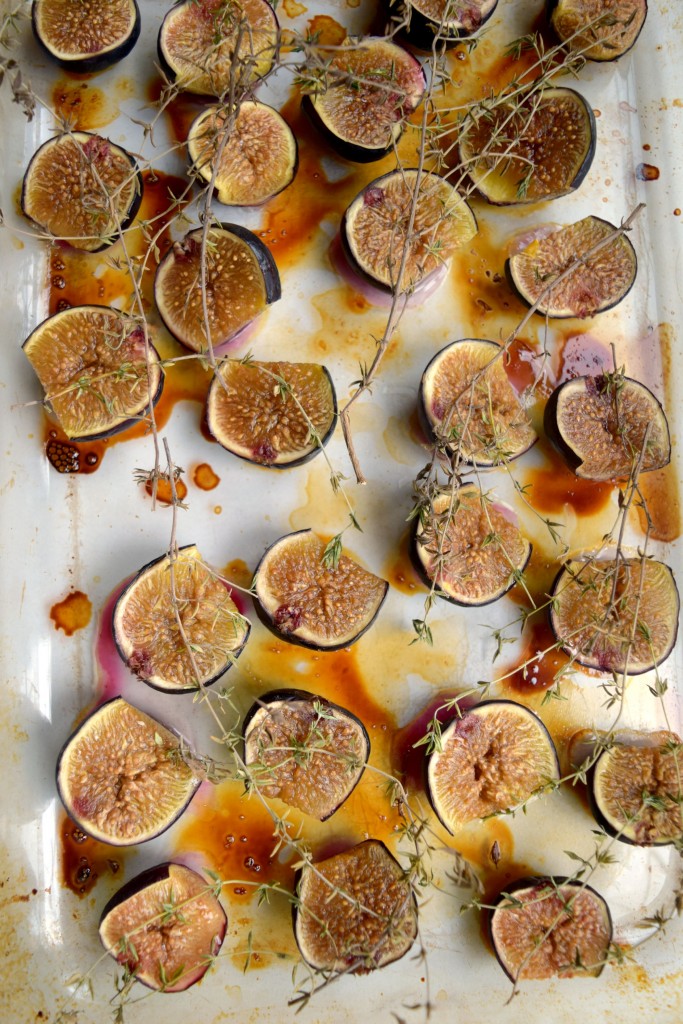 I then realize the extent of my craziness, the error of my ways, and attempt to hide boxes of figs all over the place.  They’re in the produce drawer of the fridge, hidden behind the OJ on the top shelf, and my worst offense – the crisper drawers in the garage beer fridge.  I have not stooped so low (yet) to store them in the kegerator, but give me time, friends.  Give me time. 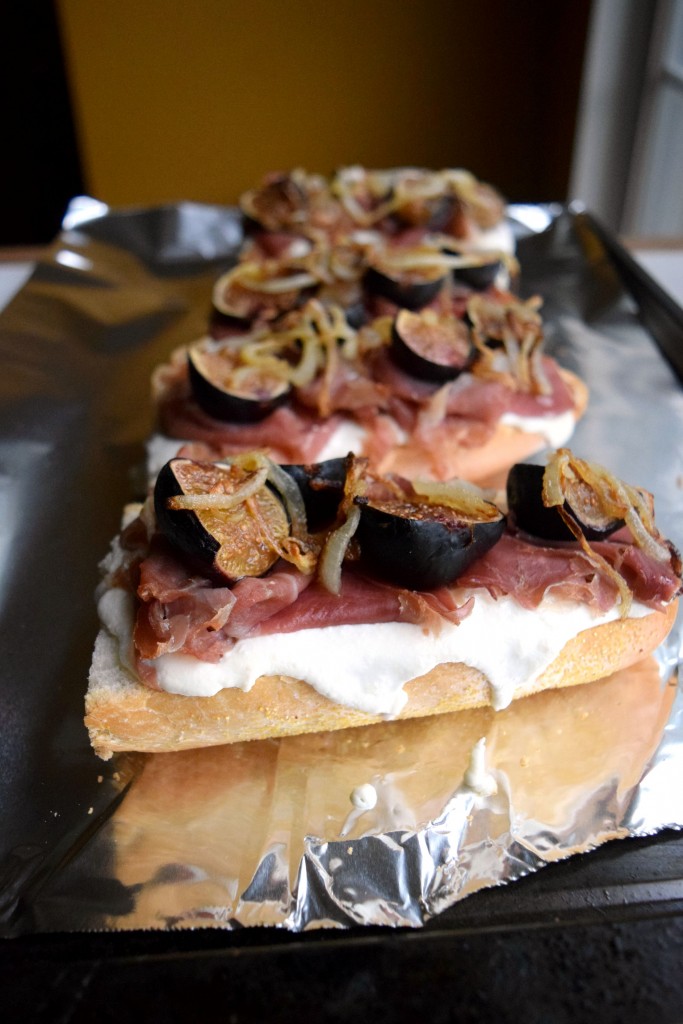 I always get busted.  Chris will start looking for something to pack for lunch or decide he needs a beer and piles of figs start falling like rain.  Or like skeletons from my closet. 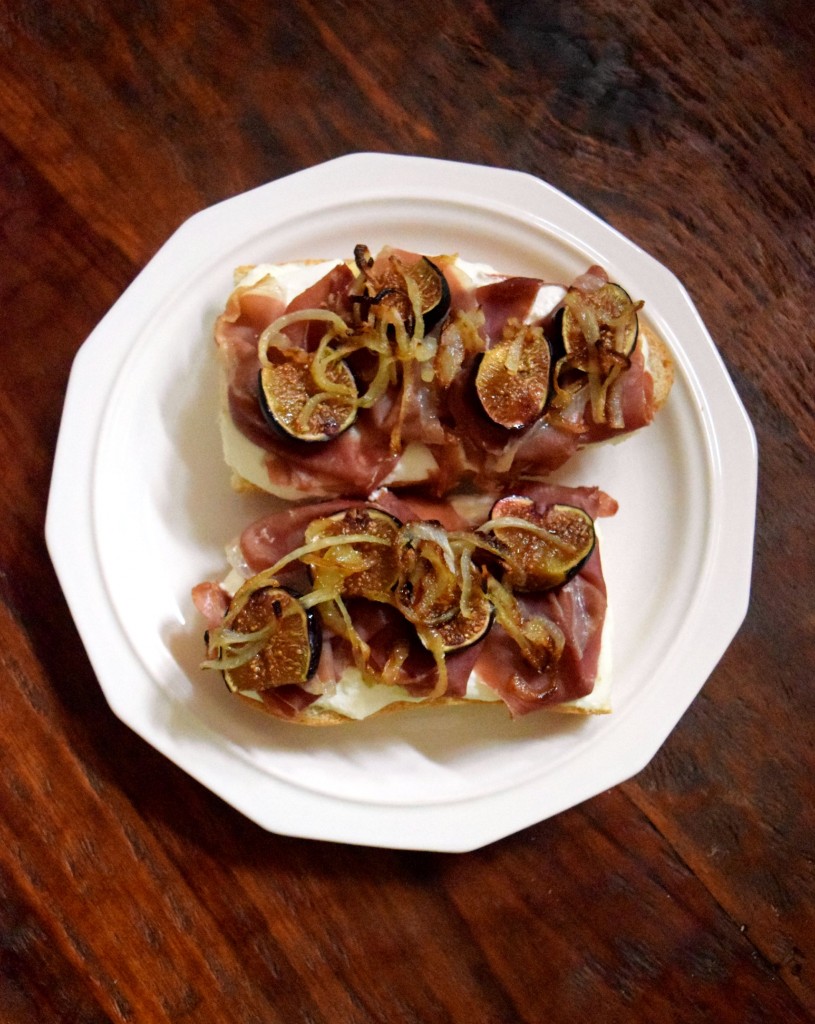 Then he’s all, “WTF are you going to do with all these figs, chick?”  Or “Lucy, you have some ‘splainin’ to do!”  Either way I’ve got to do some quick thinking. 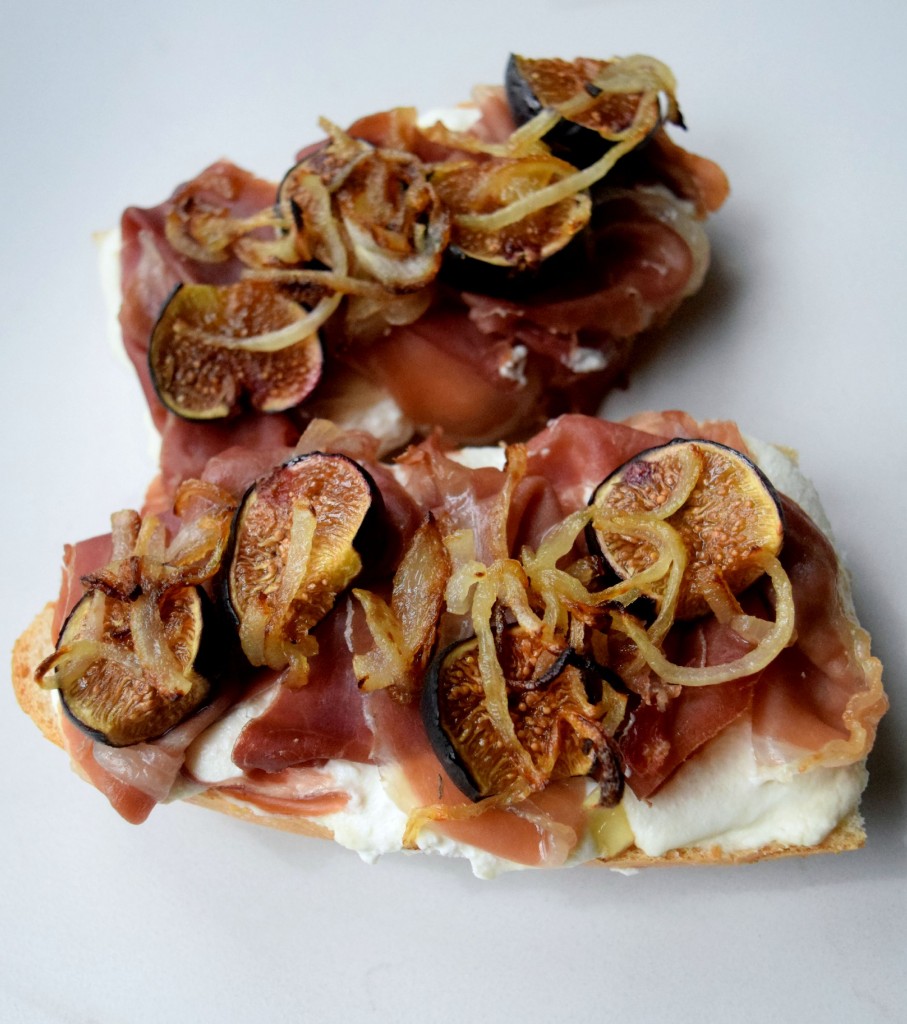 Ummmm….. I totally plan to make you something AWESOME!

Yeah, that’s it.  Because I always have a plan. 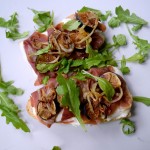 Yo!  This business is totally my jam! 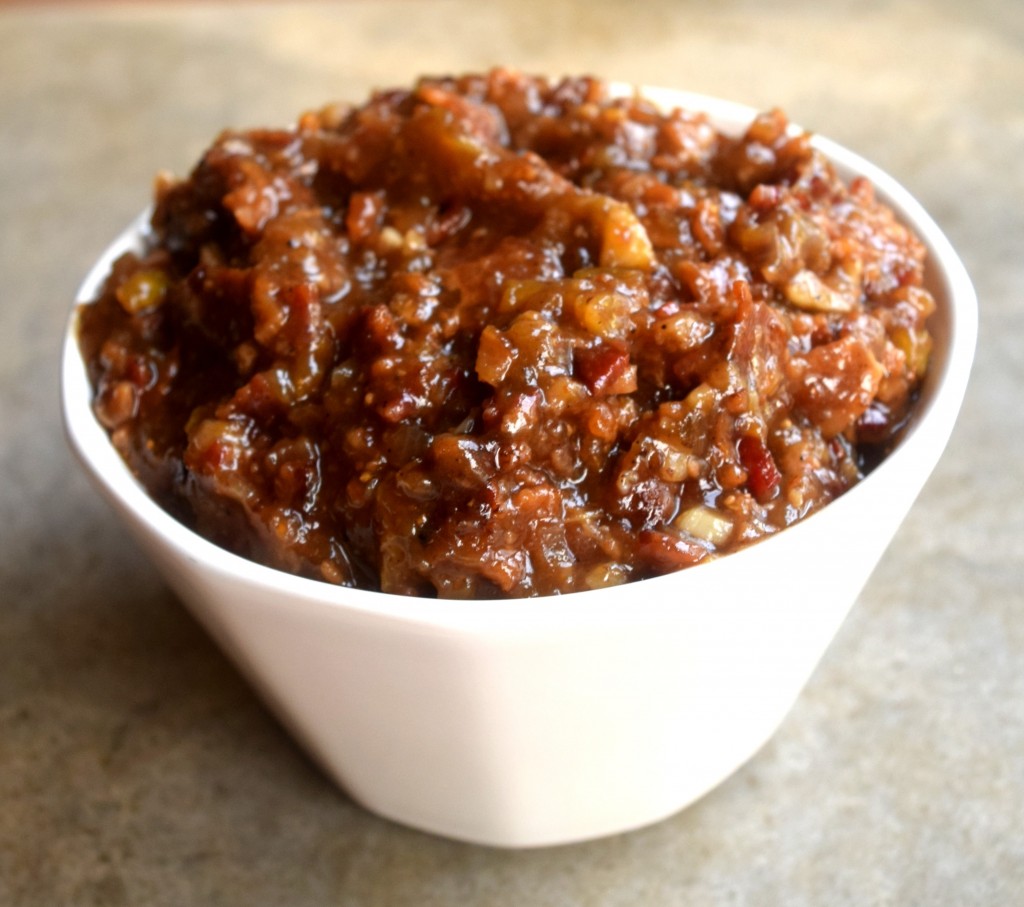 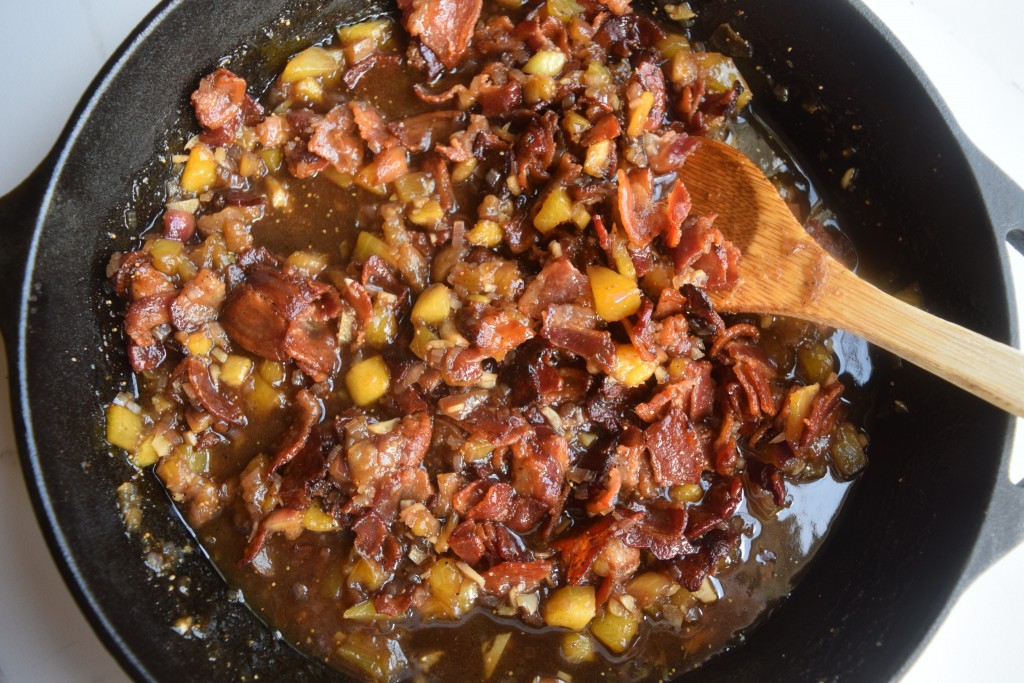 I’ve missed my old friends of a party of peaches, bacon, figs, and bourbon.  Where have you been my lovelies?  You know how it is when you get together with a friend you think about a lot and missed for a while?  We did that.  Me and Lauren. We totally went out for drinks and had a bunch of catching up to do. 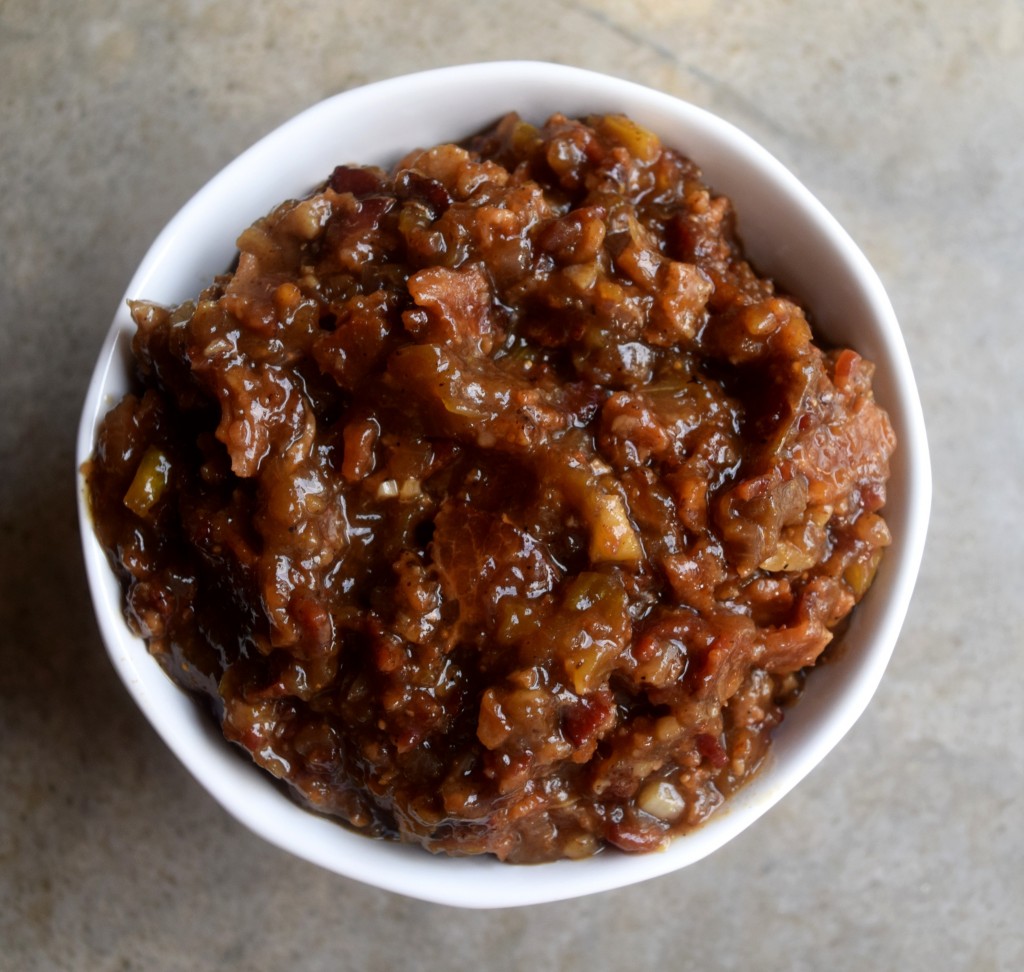 But like these old friends, girl, I heart you!

P.S. I’m so glad we sort of got everything up to speed.  I’ll forgive you for leaving me so lonely because you totally had a baby, but I missed you and I’m glad you’re back in my life! 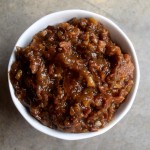 I crashed my bike.  Twice.  On. The. Same. Day.  No joke.  I mean I totally crashed and fell to the ground in a tangle of limbs  and landed under my bike.  All I can say is – thank goodness I was wearing a helmet or we might not be having this little chat. 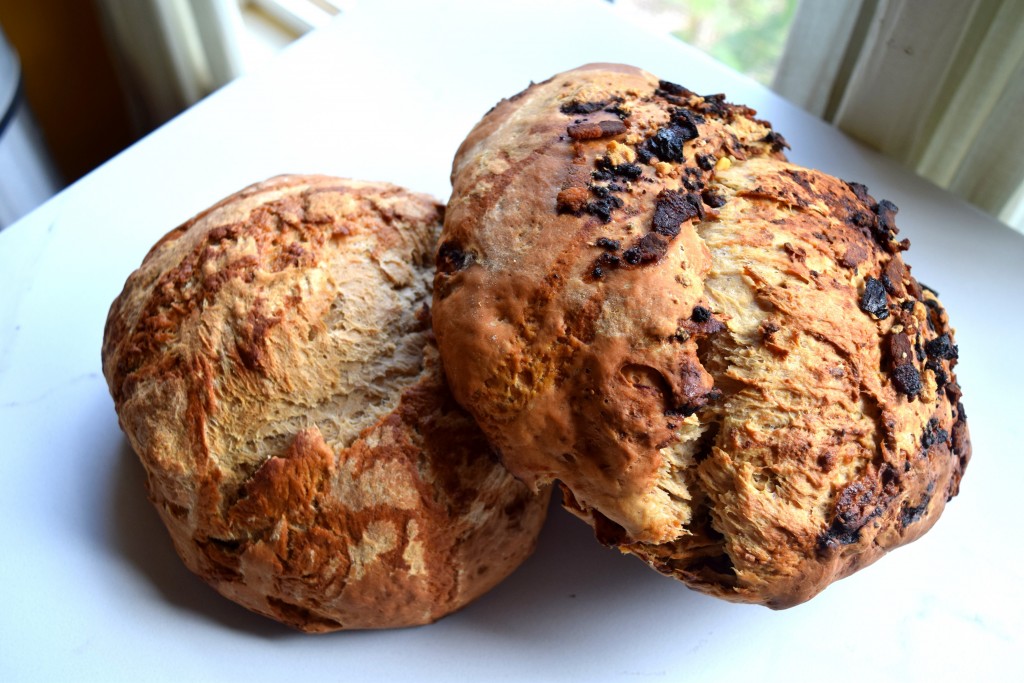 Saturday was gorgeous here in Charlotte, so we decided to ride our bikes to the park up the street and check out the trails.  Now, I’m not the most coordinated person on the planet.  In fact, I’m quite clumsy and highly accident prone. But there’s probably a reason for the phrase “just like riding a bike.”  Am I right? 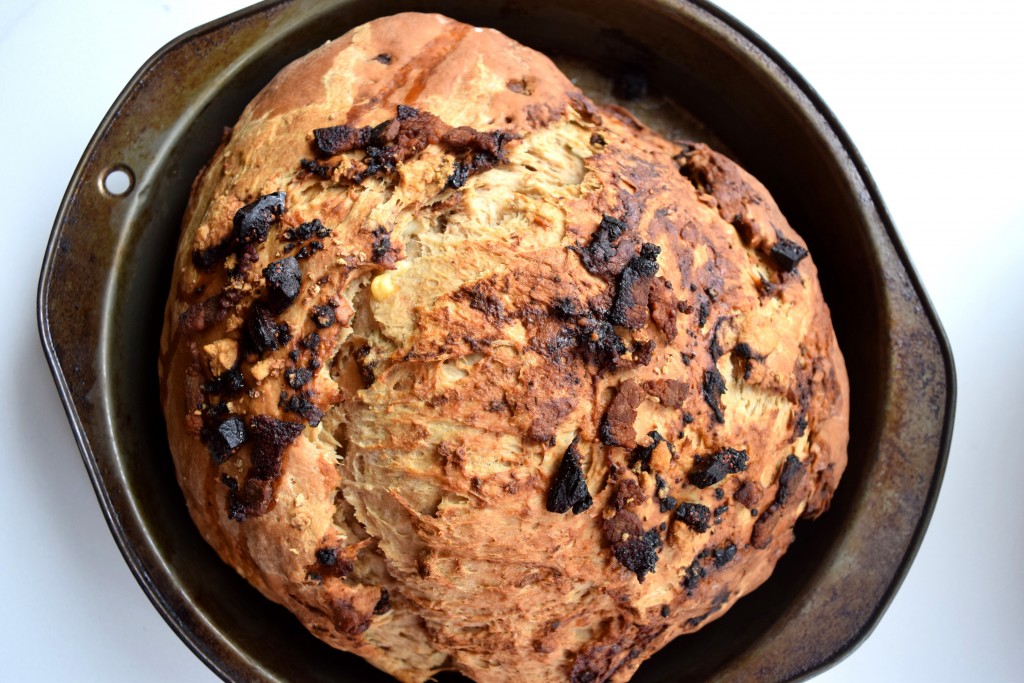 I mean, seriously – little kids do it every single day! 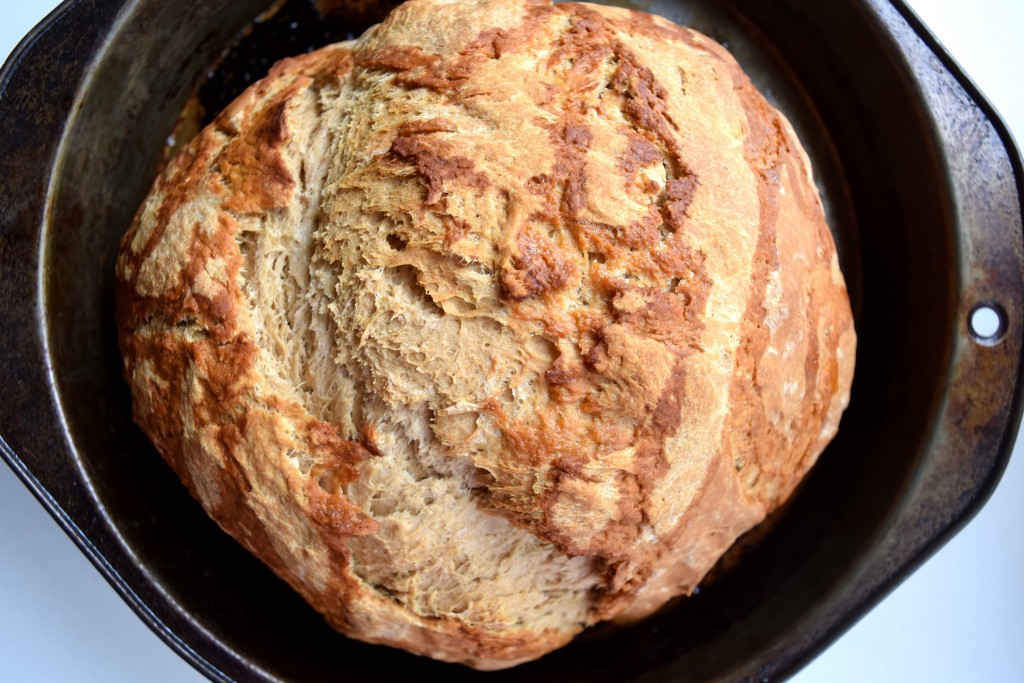 The first face plant was on the corner of a busy intersection.  You know that feeling when you know you’re going down, you can see it happening kind of in slow motion, and there isn’t a darn thing you can do about it?  Yeah.  That happened. I’m not sure which is worse – the fall, the landing, the multitude of witnesses, or the fact that I was almost at a complete stop and somehow managed to crash my bike.  People were probably wondering what in tarnation that crazy woman was doing. Fortunately, I think it happened fast enough that it isn’t likely anyone was able to take a video, so I don’t anticipate it going viral on YouTube or appearing on America’s Funniest Videos. 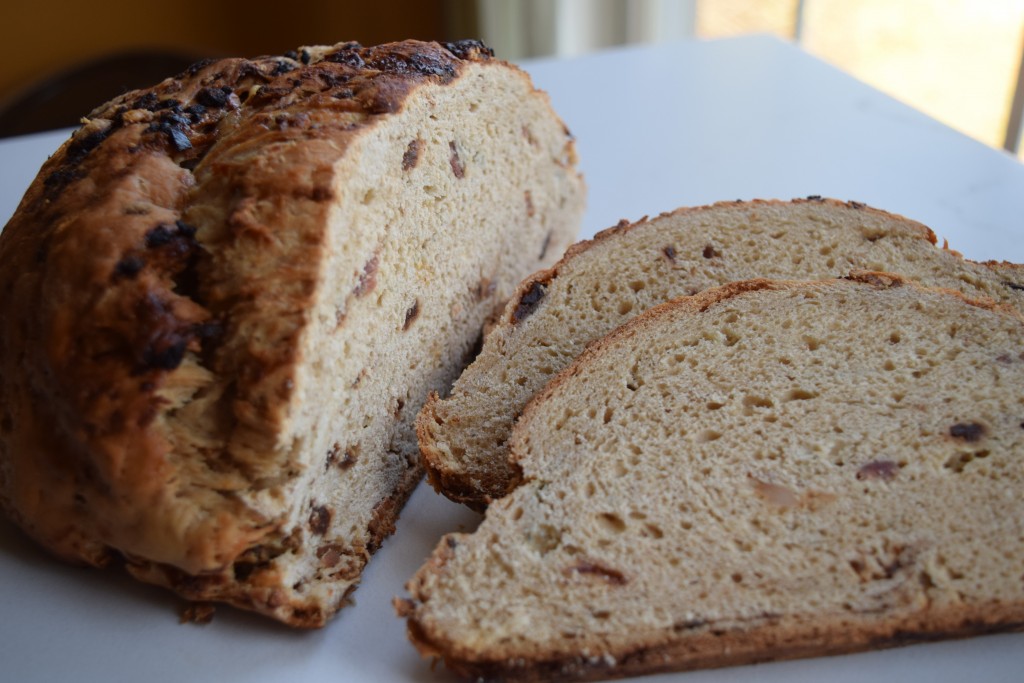 One crash wasn’t enough, so the second time we were on a bike trail in the woods.  I crashed and landed in the bushes.  At least only the wildlife saw that ridiculousness.  Chris was ahead of me so he didn’t see it either.  He came back when he heard all the foul language coming from the bushes. 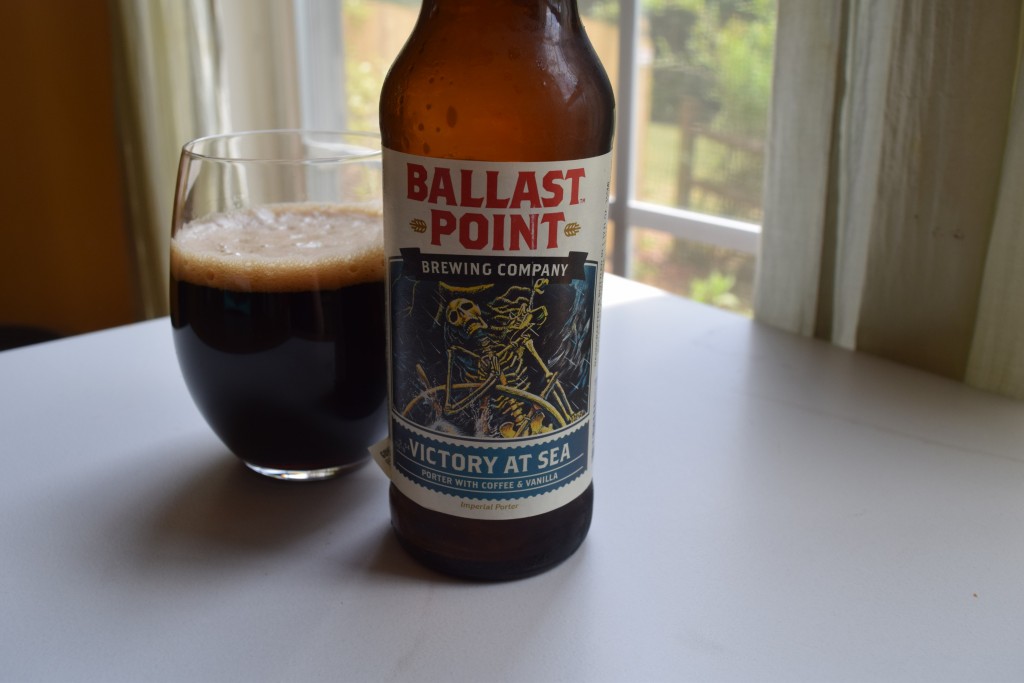 I finally made it home in one piece and immediately drowned my humiliation and celebrated the fact that I was alive with an appropriate choice of beer – Ballast Point Victory at Sea. 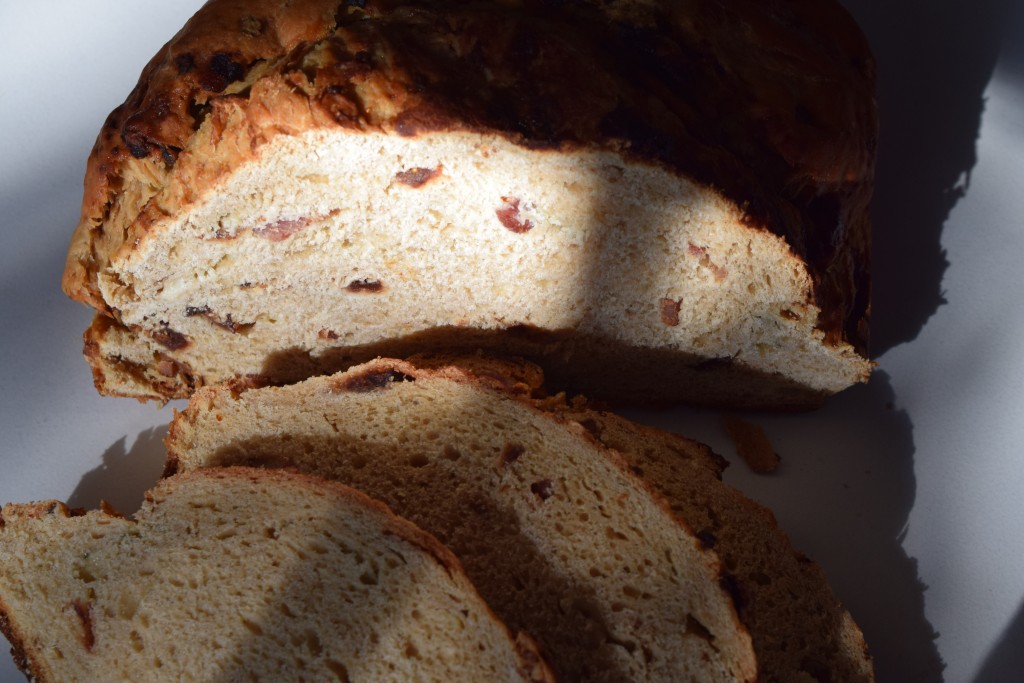 Speaking of beer (I didn’t have any before the bike ride) I’ve been putting it in everything lately.  This bread was made with Dogfish Head Palo Santo Marron Brown Ale.  I really wanted a honey brown, but we didn’t have any and this was the best option at Publix.  I just added honey to the recipe. 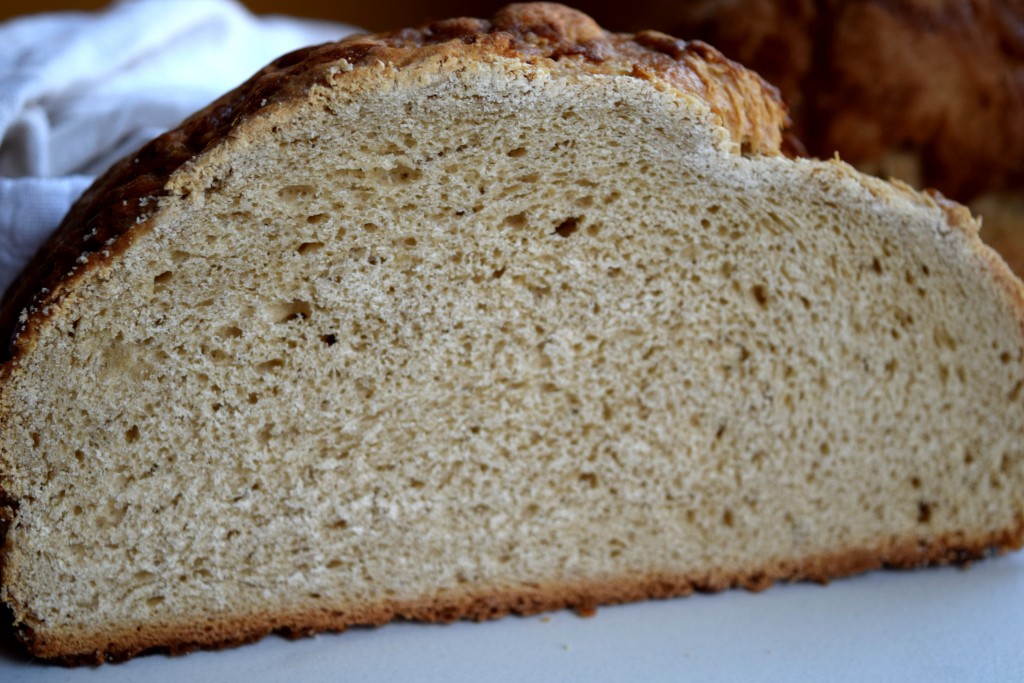 This recipe makes two loaves, so I left one a simple brown ale bread and stuffed the heck out of the other one with bacon, gorgonzola, and figs.  I drizzled the top of the plain one with honey to make him feel a little more special. 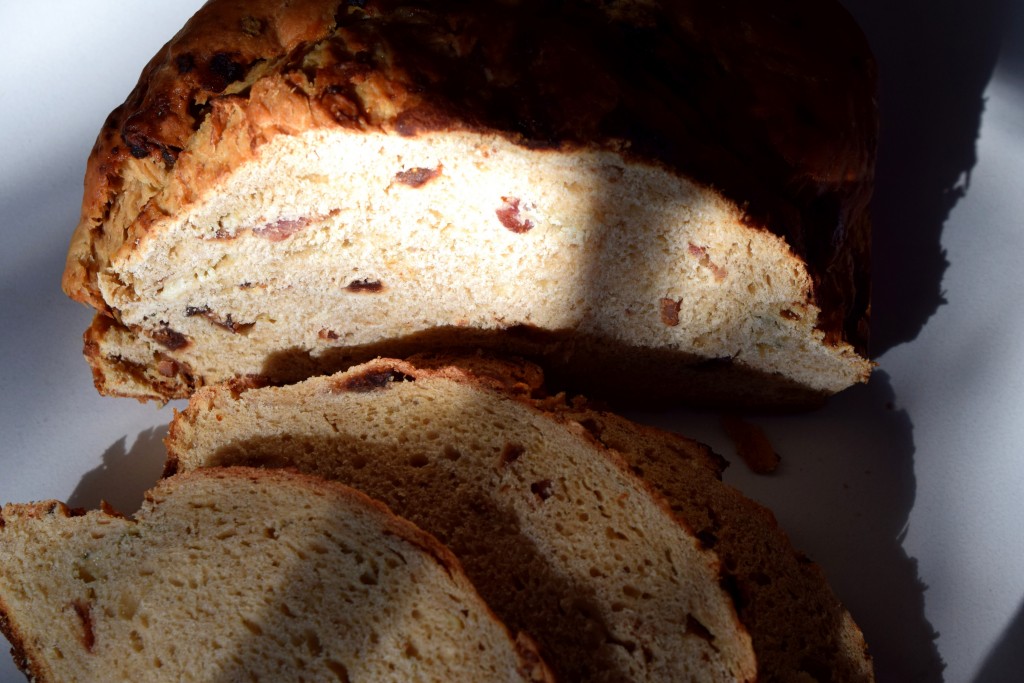 While I was lying on the ground in a pool of humiliation, Chris said, “Damn chick, didn’t you ride a bike when you were a kid?”

Update: Chris said this is me: Top Gear 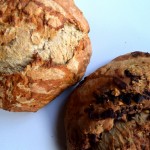