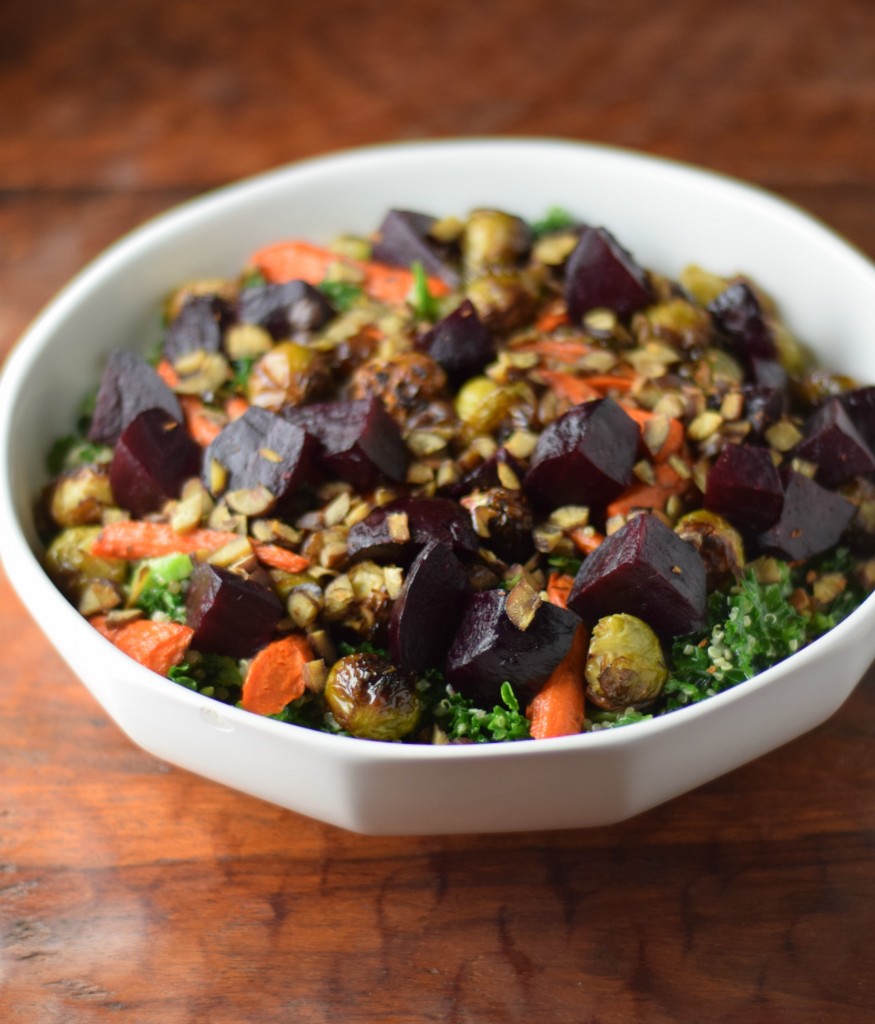 Happy New Year, friends!  How were your holidays?  Did you have an exciting New Year’s Eve and a wonderful New Year’s Day?  Did you have souerkraut, black eyed peas, and greens?  We did.  I do not love any of these things, but I’m not willing to take any chances, so I ate them all.  We need all the luck we can get around here! 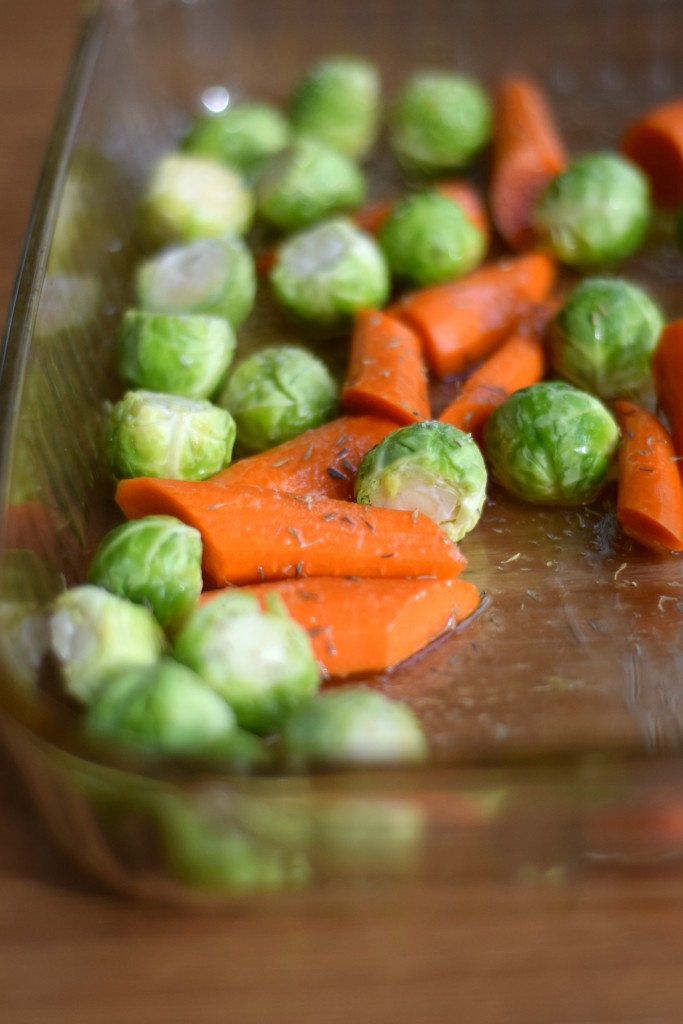 Surprisingly, we had just four experiences with stomach bugs, a bit of doggie drama with bathing and furniture eviction, and only one middle of the night holy crap I’m in trouble with the law and need a criminal defense attorney phone call. 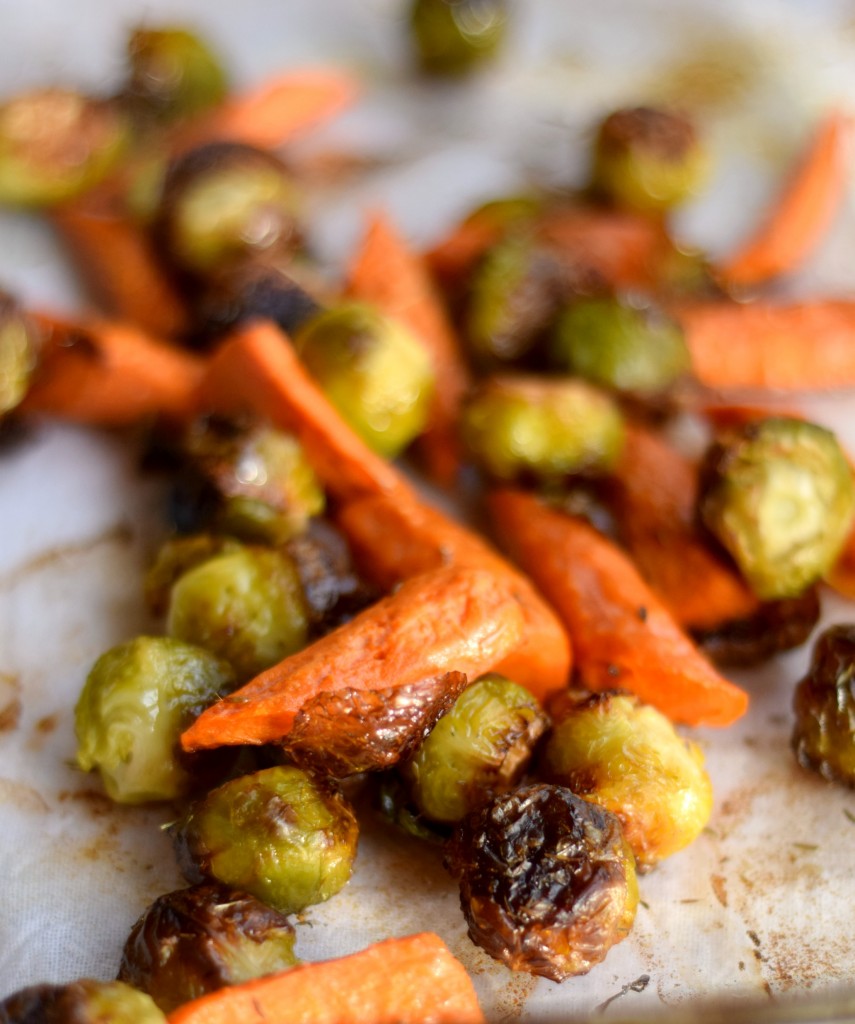 And trust me.  I know that it’s totally cliche to start out my first post of 2016 with a salad.  I also know that cliche should have one of those sexy punctuation things over the top, but I’m not technologically savvy enough to figure out how to put one there.  Don’t judge me. 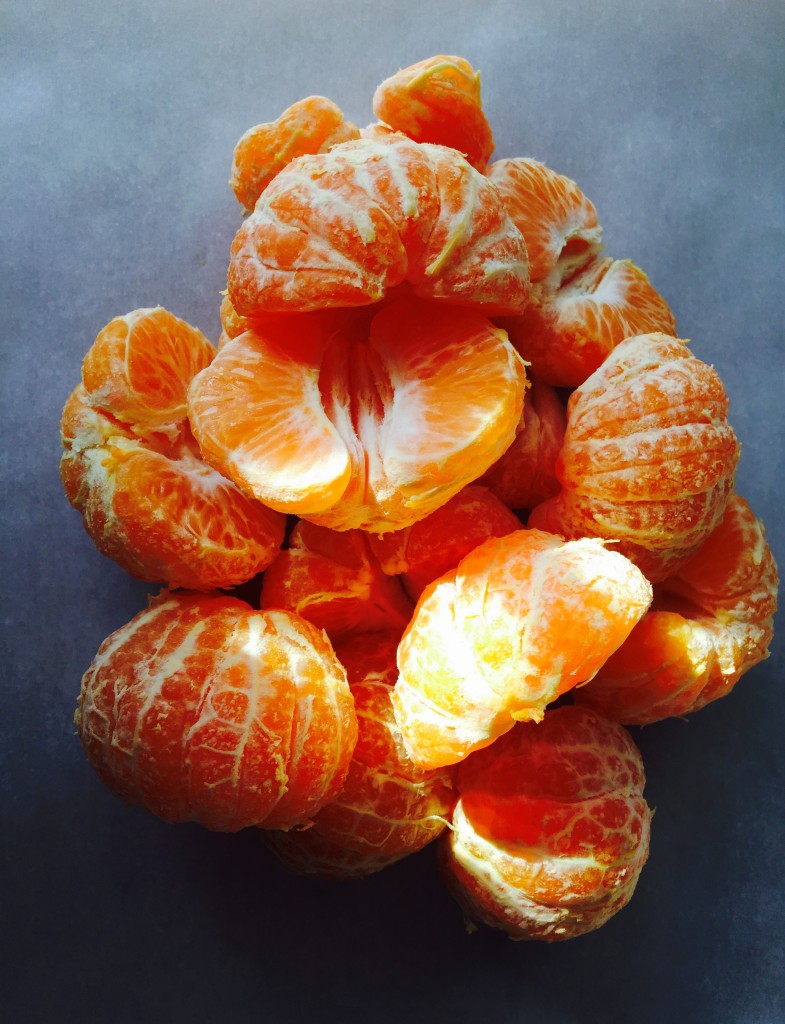 Any-hoo, after all the indulgences I’ve been guilty of giving and receiving, it’s time to add some hearty, healthy detox food to my life.  I actually love the combo of kale and quinoa in a salad.  Throw in some roasted beets, carrots, and BS with a citrus-y dressing, and it’s totally my jam! 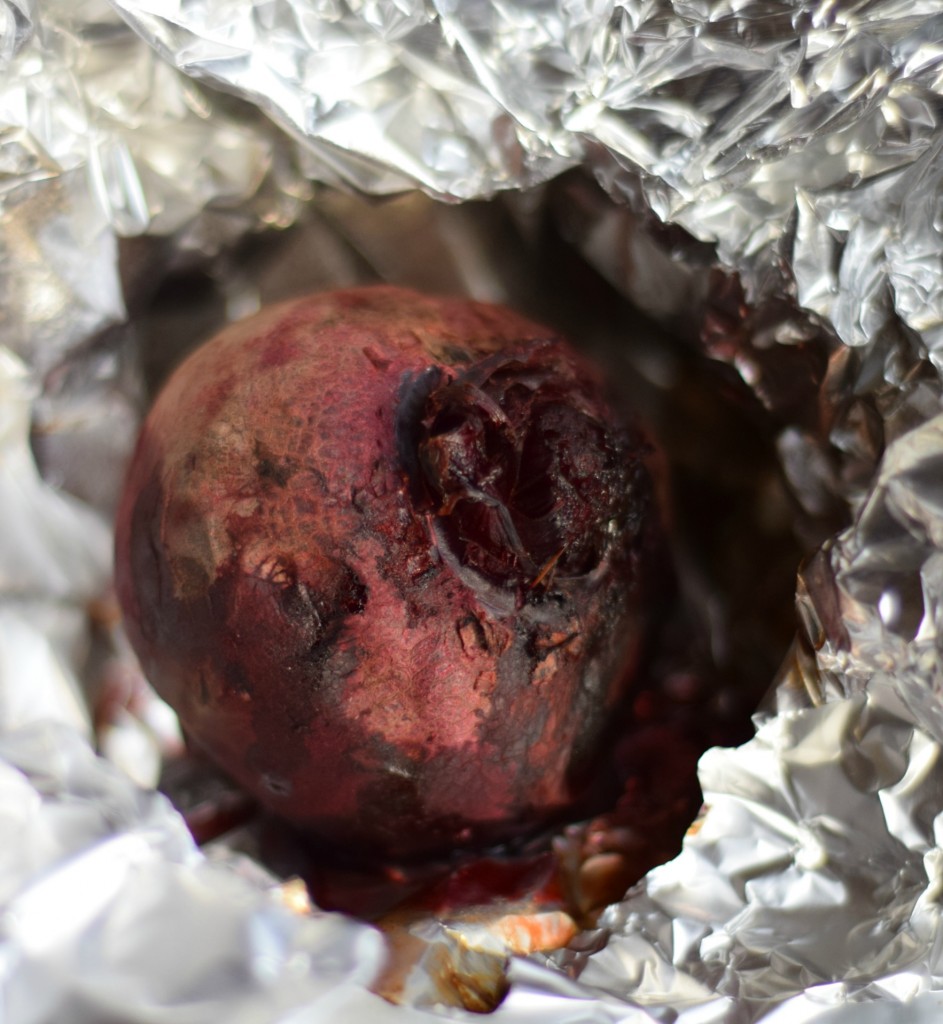 We need to be in fighting condition here in the Carolianas anyway ’cause we are 15-1, yo!  Our Cats are headed to the playoffs starting out in our own house!  Woot!

I think we’re all singing Sweet Caroline down here at this point! #keeppounding 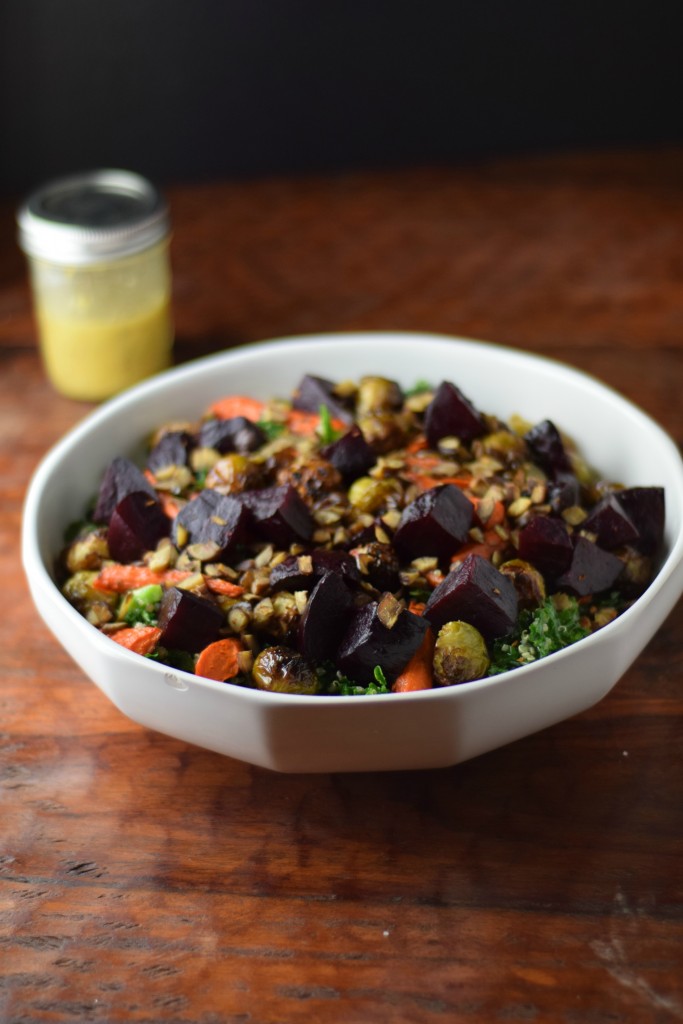 It was a bummer to lose to Atlanta last week and kill our undefeated status, but I’m hopeful to see Cam, Greg, Luke, and the rest of my Cats in the playoffs and we’d love to move onto SUPERBOWL 50.  (I don’t understand the Roman numbers and didn’t want to get it wrong). 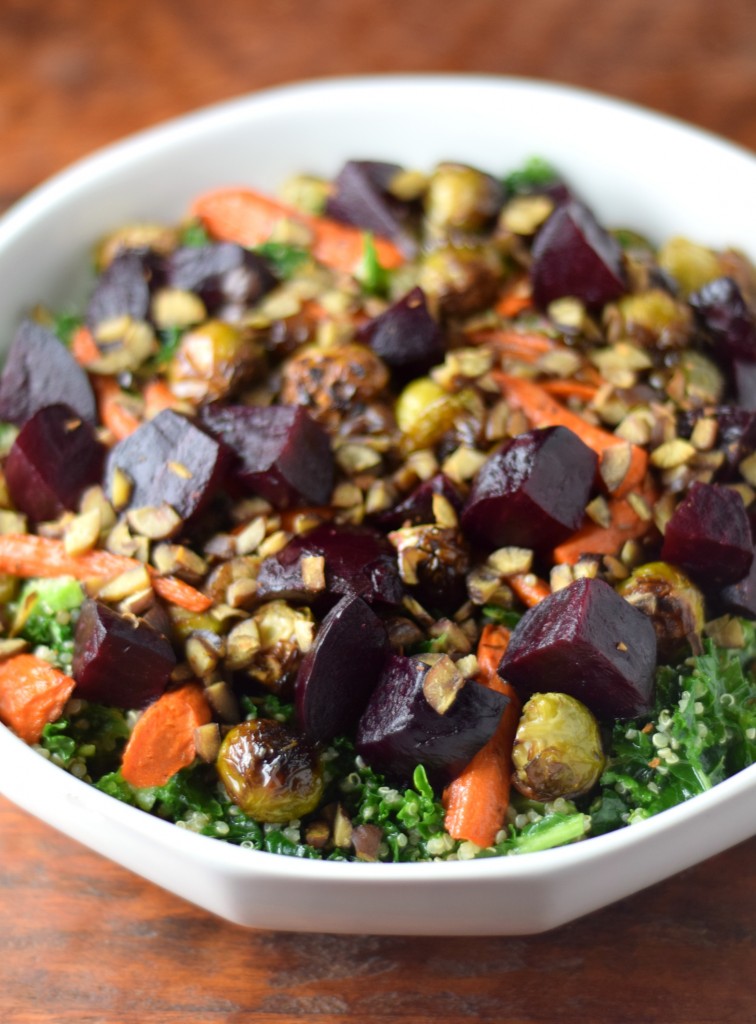 And now my vacation is over and I’m back at work.  #partysover 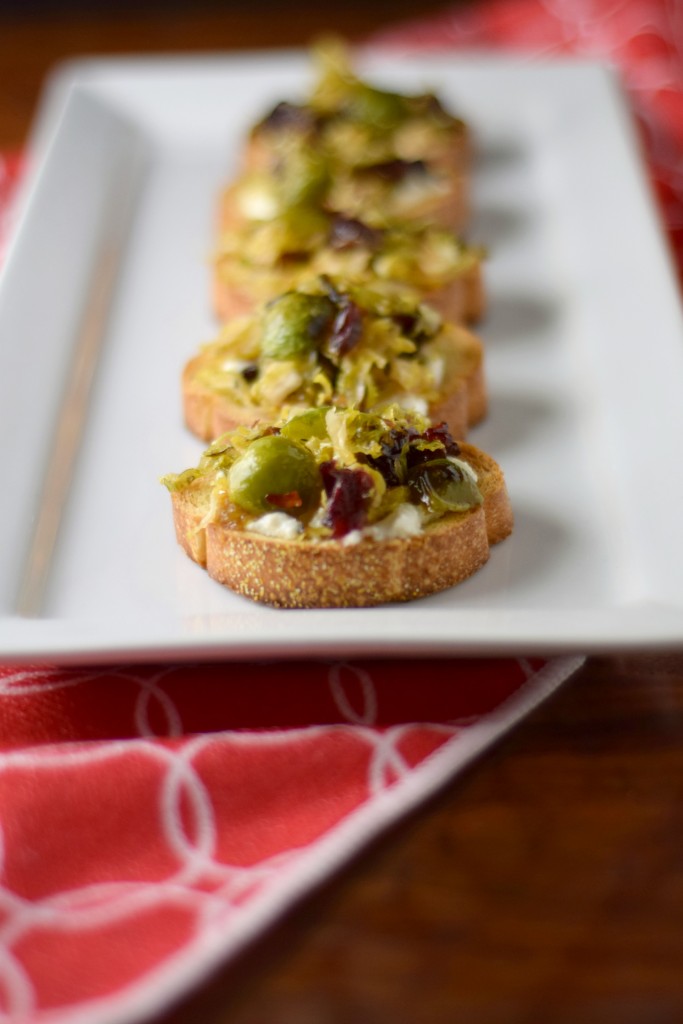 Hi, friends!  How was your weekend? 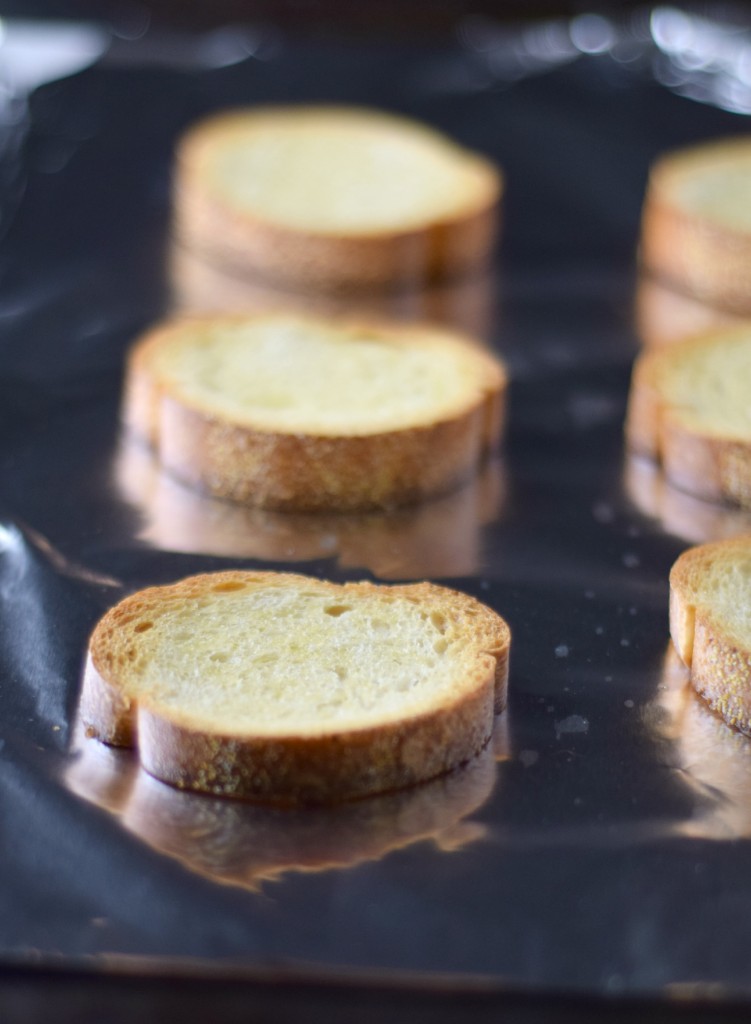 Ours was pretty challenging and exhausting, so we’re keeping things short on this Monday. 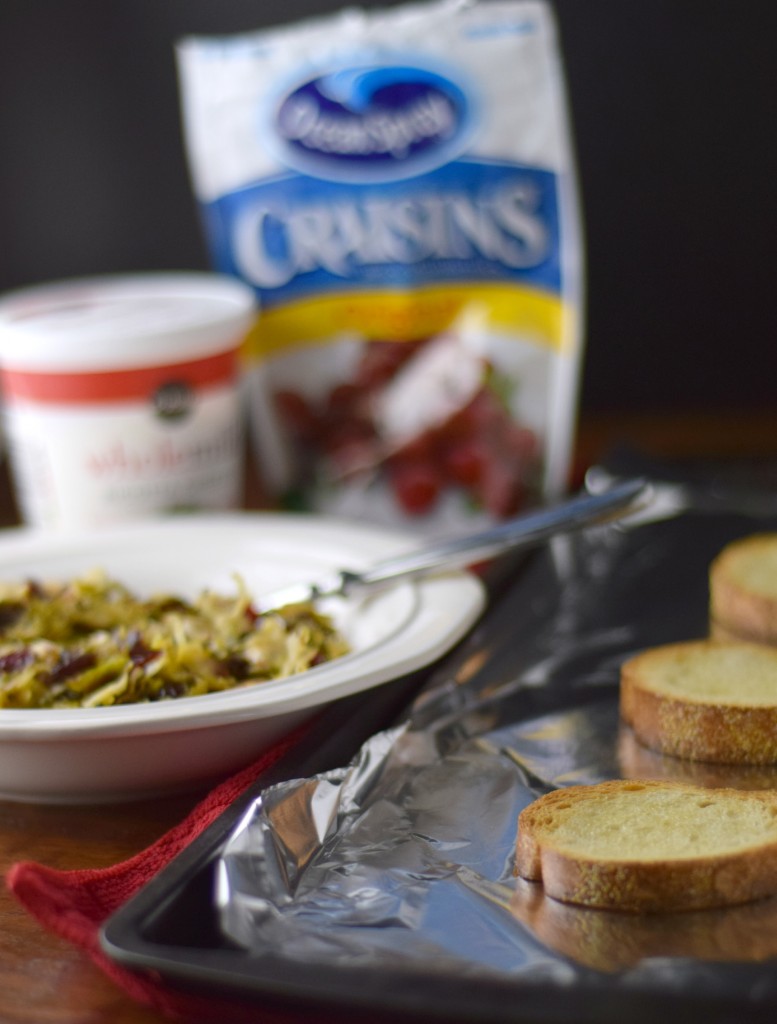 We had an emergency situation again with Chris’ dad who requires 24/7 care. 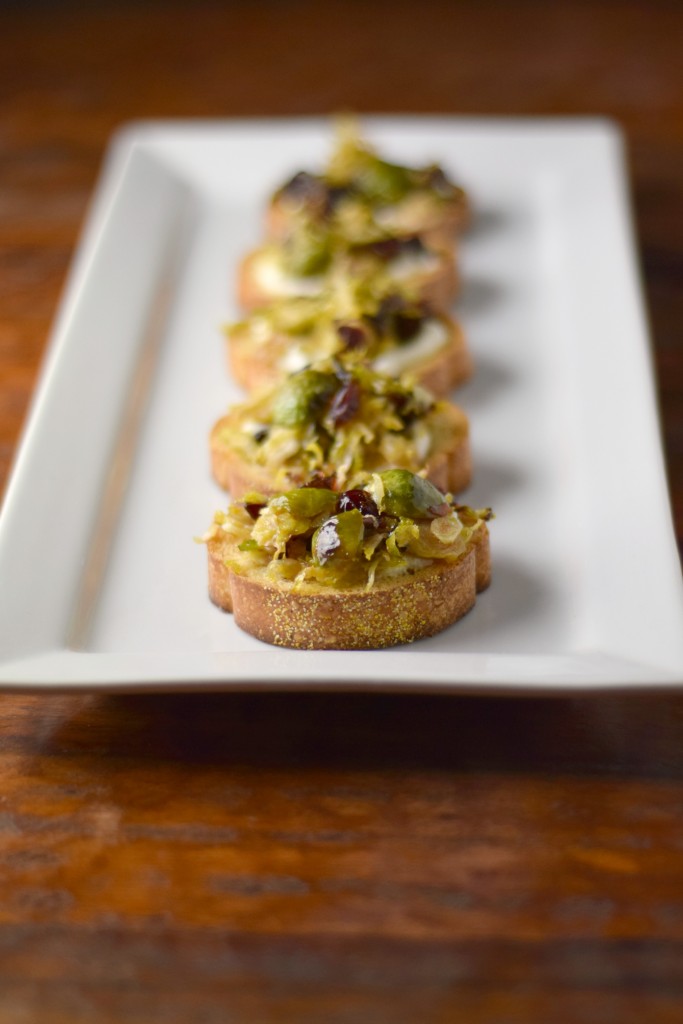 So, we’re just going to ease into this Monday with a simple Charred Brussels Sprouts Crostini appetizer that’s totally easy and says everything festive holiday party to me!  At least everything that doesn’t involve cookies,  sugar, and butter. 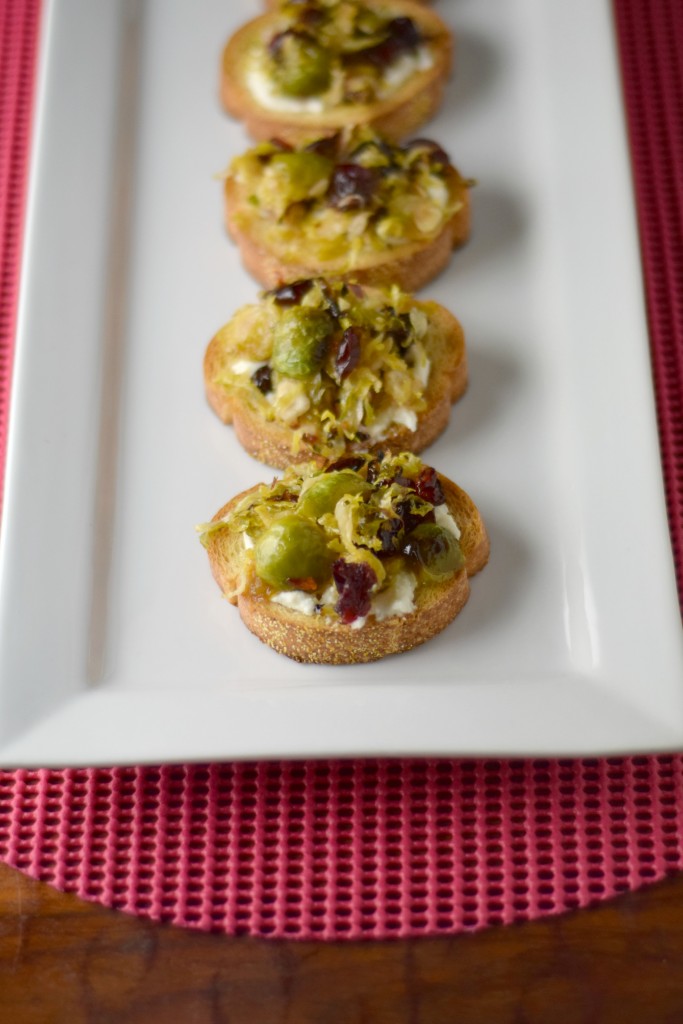 I happened to be watching the Food Network (shocking, I know) a couple of weeks ago and Giada was doing some kind of holiday business.  She made these Brussels crostini with cranberries and ricotta and I was totally sucked in. 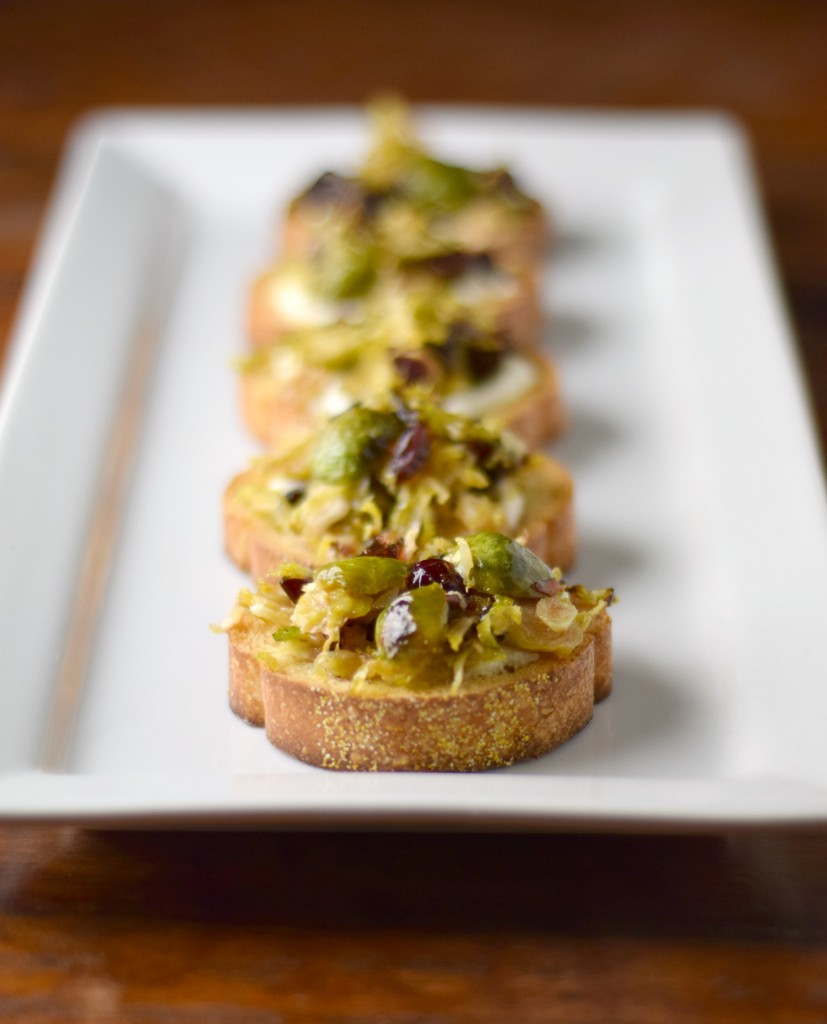 I really loved the idea of slicing the sprouts really thin and charring them under the broiler.  I can do that now that I have my new (Jan 2015) oven that has a broiler in the oven instead of the janky one I used to have that had a drawer and fire situation.  That thing was so not cool. 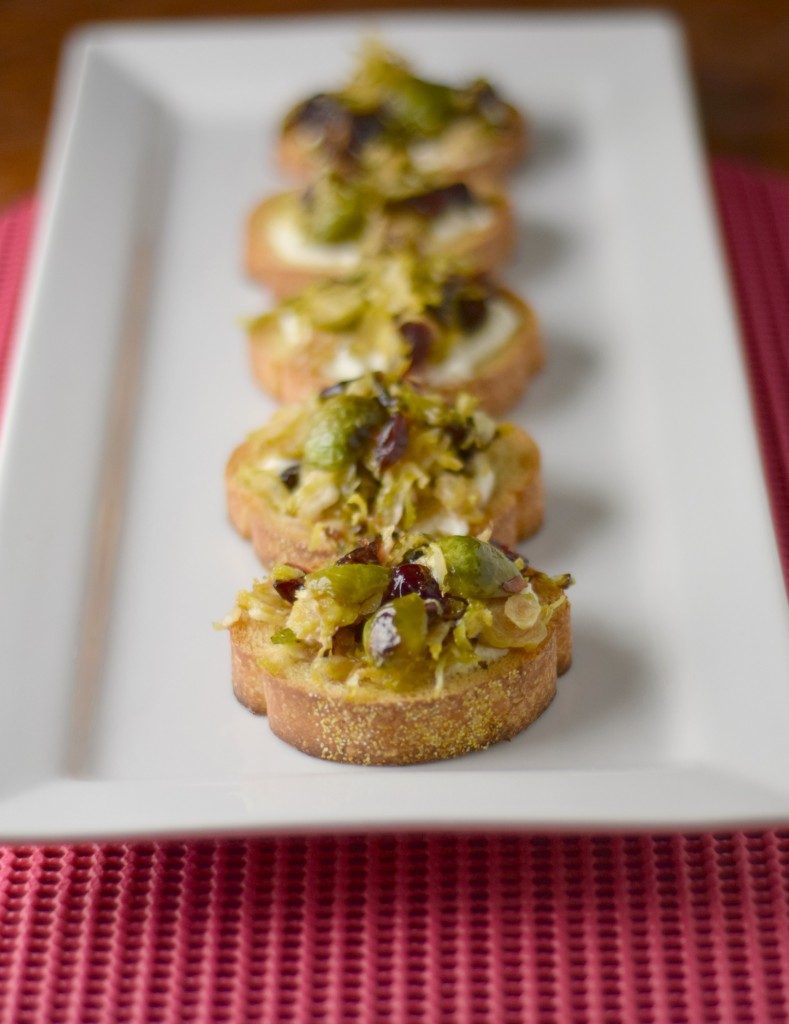 Anyway, this crostini was delicious and you should totally add it to your holiday appetizer menu! 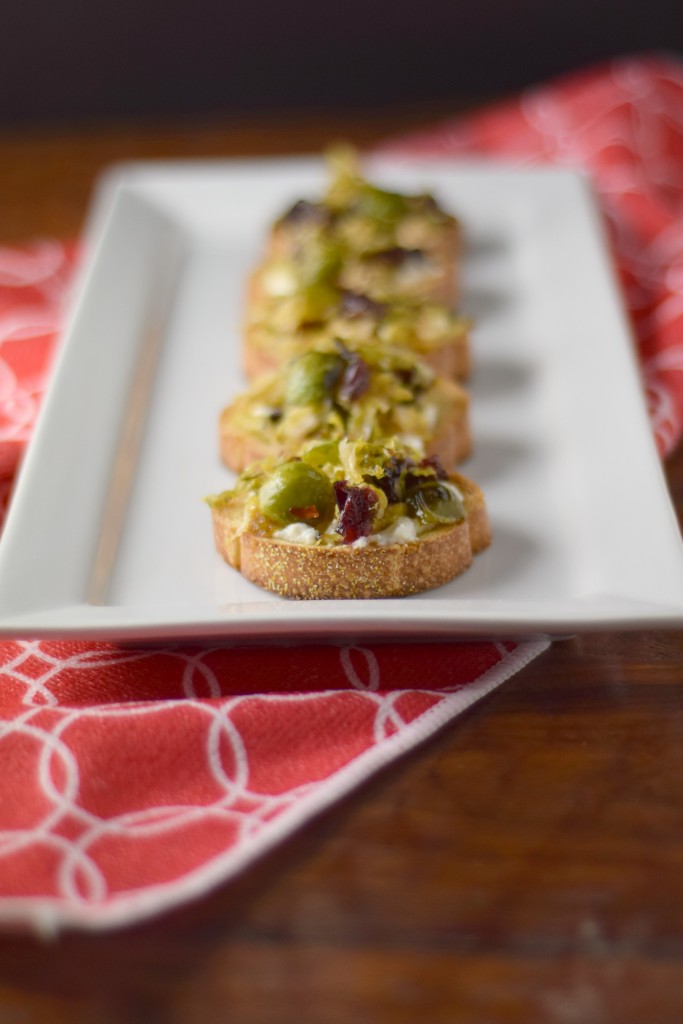 Have a fantastic week, y’all! 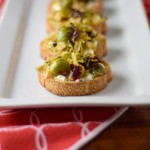 Note:  Giada topped hers with pine nuts.  I left them off because I don’t like them, so either add them, leave them off, or I think some toasted almonds would be great too. 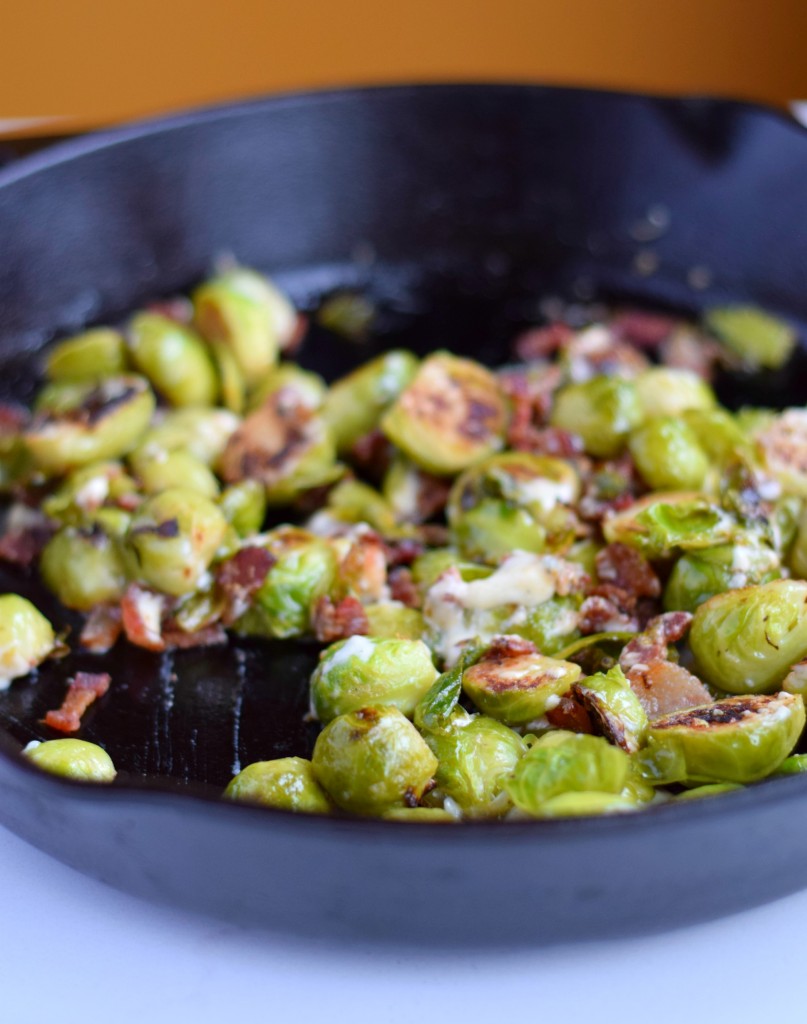 I know that we’ve been talking about some unsexy veggies, but dudes, we are into the second week of November and we need to be riding the side dish train.  Thanksgiving’s a coming!  I don’t know about y’all, but Thanksgiving for me is not so much about the turkey – although it’s good on the smoker!  I’m all about the sides.  OMG! #Stuffing!

I have to confess.  I could make the whole meal out of stuffing and Brussels sprouts.  Oh.  And I can’t forget my one true love – potatoes.  Mashed.  With butter, roasted garlic, and gravy.  I would’t turn down some goat cheese either.  I digress.  And confess.  I have not been a lover of the Brussels for very long. I’ve said it before, but it’s worth repeating.  Don’t be a Brussels hater.  If they’re done right you’ll love them. 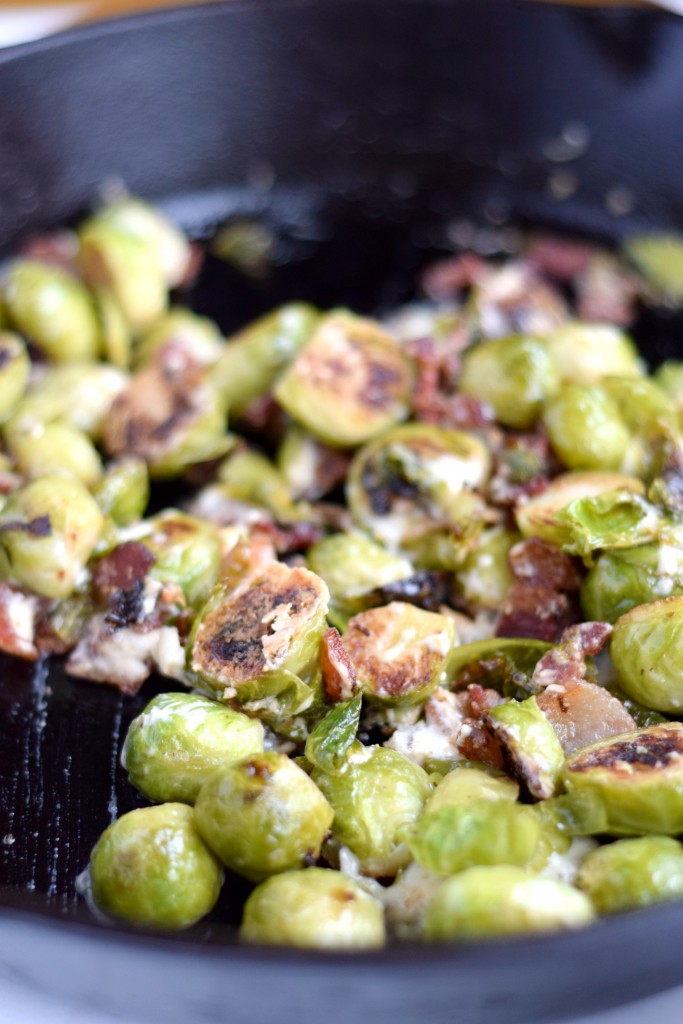 Now that I love the sprout, we have this little veggie a lot.  We don’t hide it in the closet until the holidays.  It’s always a hit at dinner parties, so we usually bust out the bacon, gorgonzola, and Brussels for both regular dinners and special occasions.  It’s that good and that flexible.  It fits in anywhere with those events that are appropriate for either old blue jeans or the LBD. 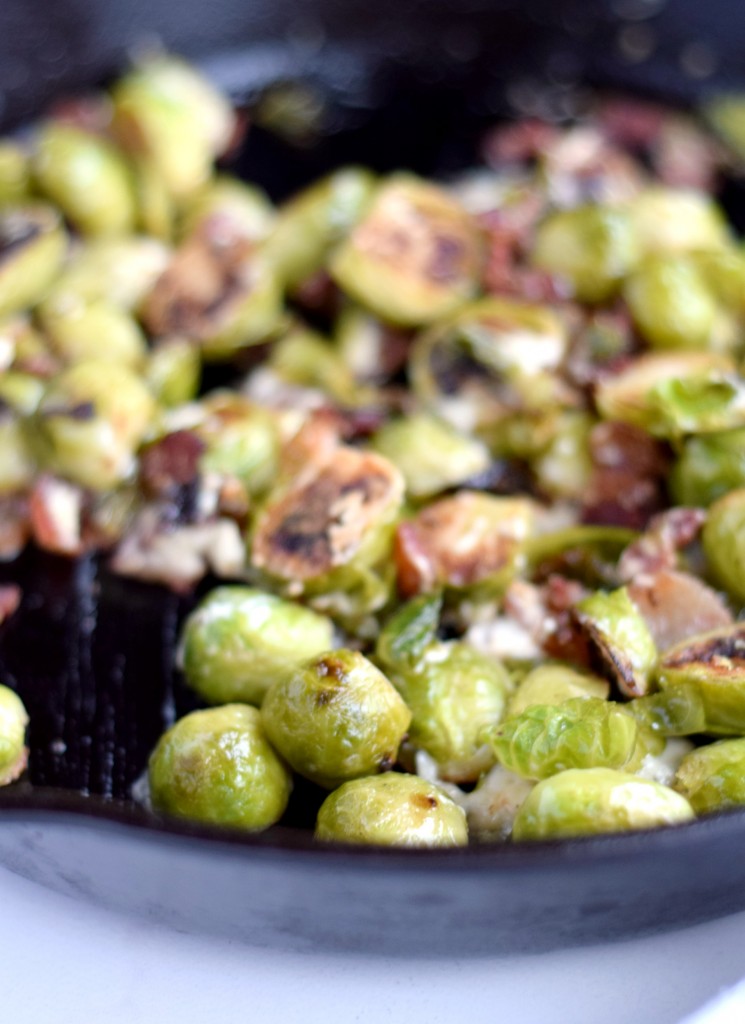 I first fell in love with the Brussels at a restaurant in Hickory, NC about a year ago.  We went to Hickory for a beer judging event and had dinner at The Station.  These Bacon Gorgonzola Brussels were on the sides menu.  I did my best to recreate them.  We love them.  So when I was thinking about what I want on my TG table and what sides I can share with you, these BS were at the top of the list. 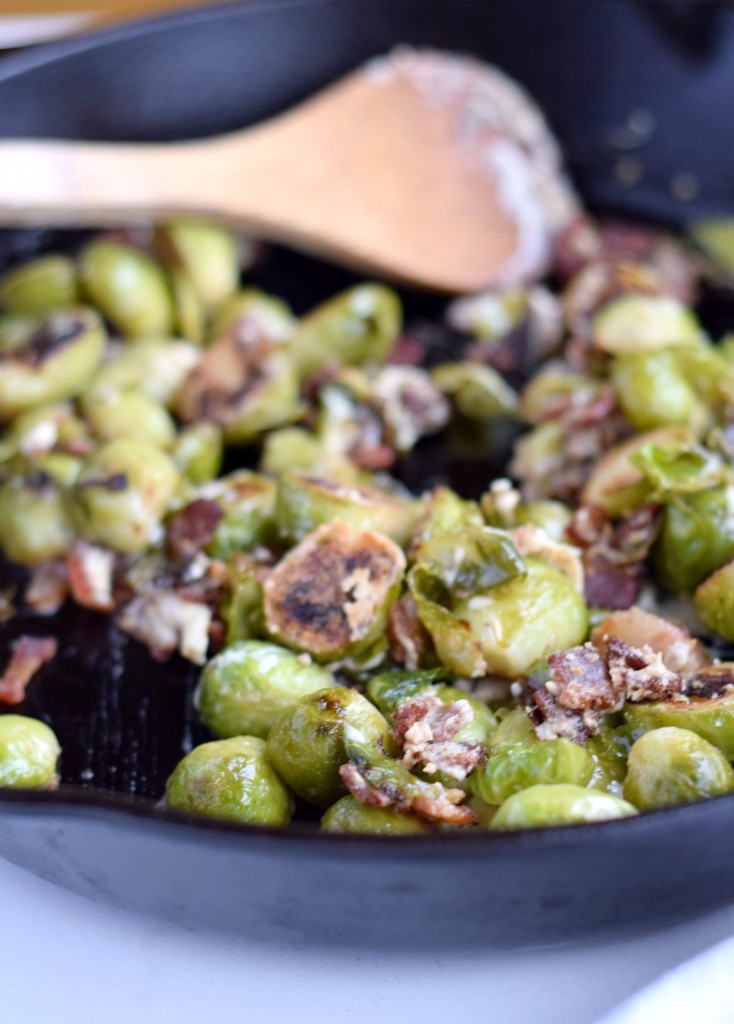 I shared them about a year ago right after I discovered that I actually like the Brussels when made right, but the pics were lost when I relaunched my website.  So we are doing this thing again.  I also saw the error of my ways and changed the recipe to one skillet and cooking them up in some of the bacon grease.

Give BS a chance with bacon and gorgonzola or try some others:

Brussels Sprouts and Pearl Onion Gratin by No Spoon Necessary

Brussels Sprouts with Cranberries, Pecans, and Balsamic Drizzle by The Local Vegan

Miso Glazed Brussels Sprouts and Cranberries by Life Made Sweeter

Here’s a roundup by Cooking LSL 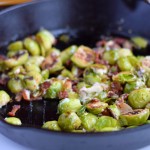