Happy Monday!  How was your weekend? 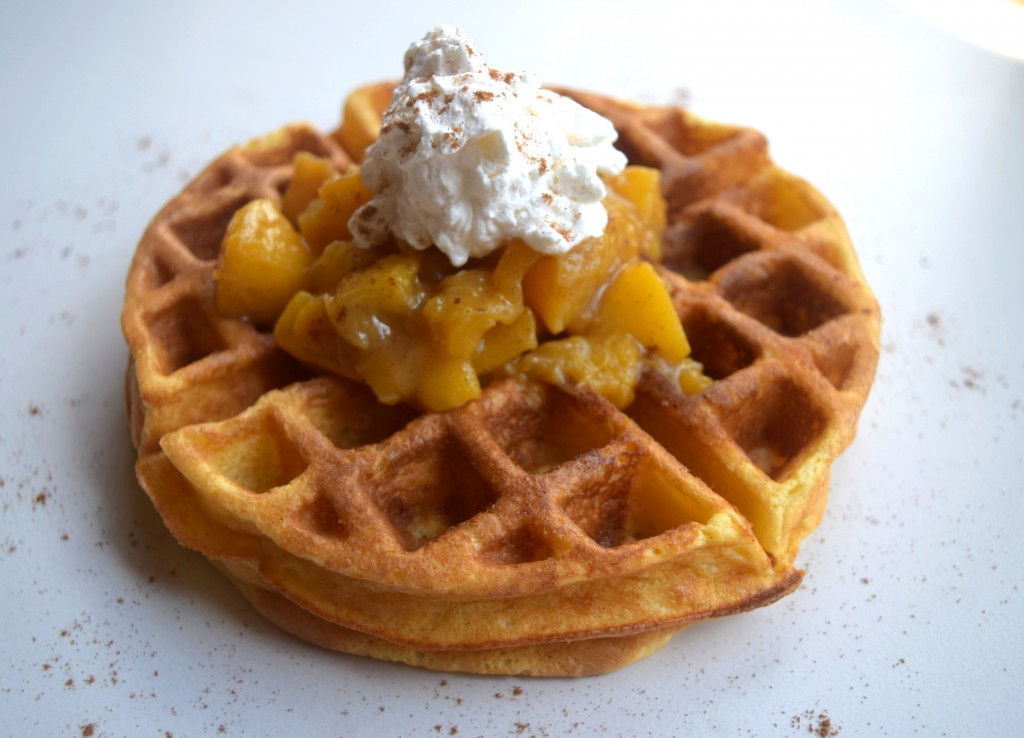 Did you have a nice Father’s Day with any Dads in your life? 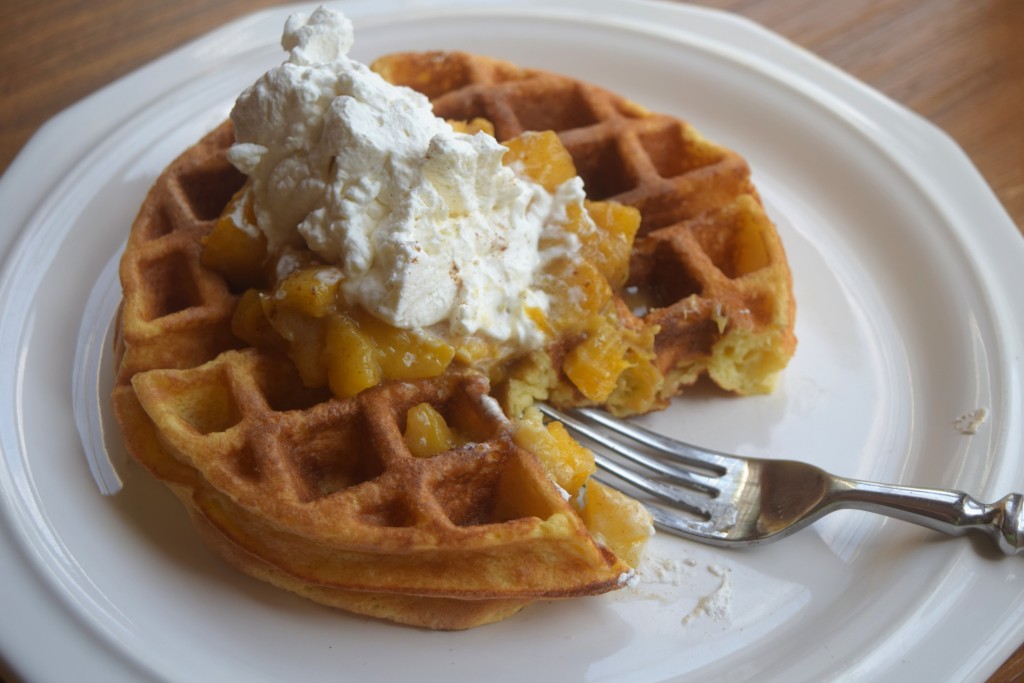 I made Chris some boozy Belgian waffles.  Here’s the thing – I’ve never made waffles before and I’m not sure where the burning desire to do so came from.  Maybe it was a burning desire to make drunken peaches and a need for a vessel to carry them. 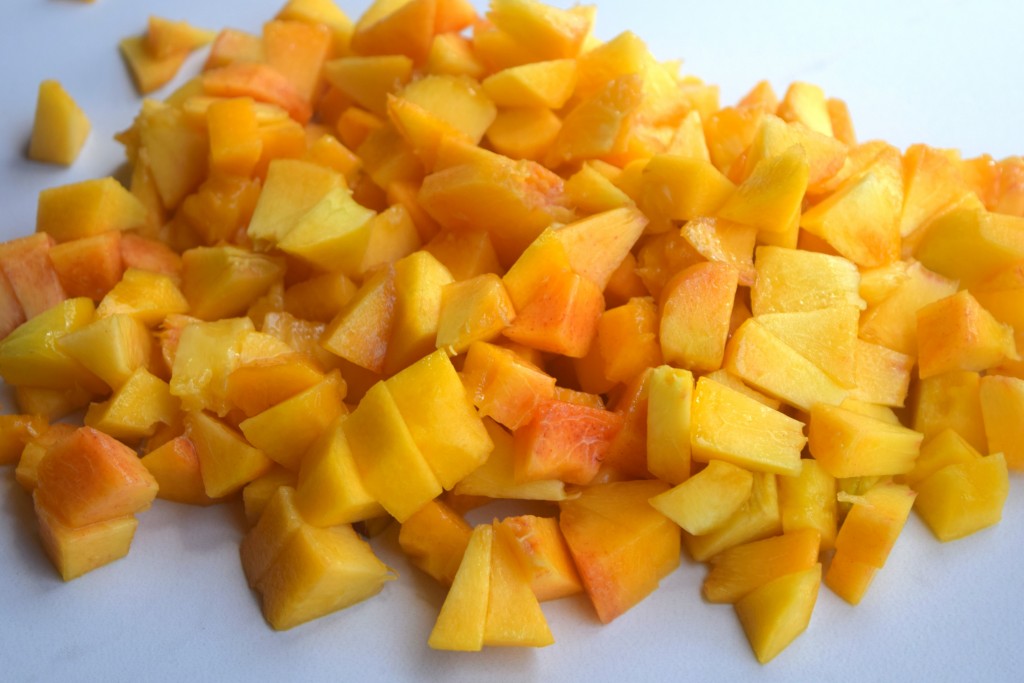 The truth of the matter is that I didn’t even own a waffle iron.  So I took the 20% off coupon the good people at Bed Bath & Beyond sent me and picked one up on Saturday. 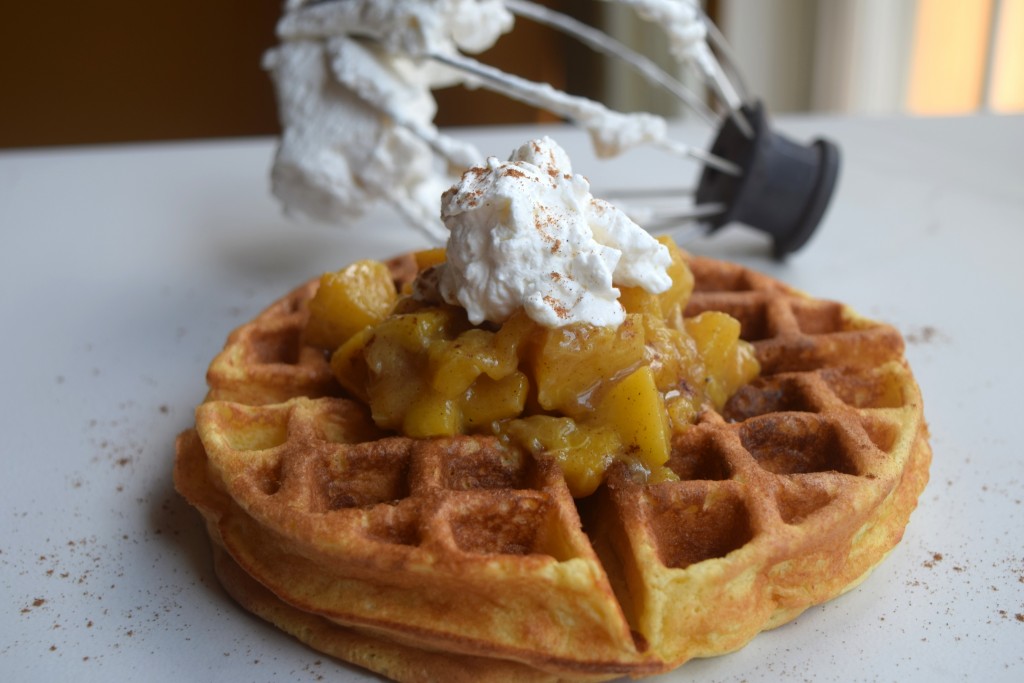 I had another problem.  How in the world do you make a waffle?  I consulted my homies over at the Food Network and decided to go with Emeril.  The only thing I changed was that I used vanilla bean paste instead of vanilla extract. 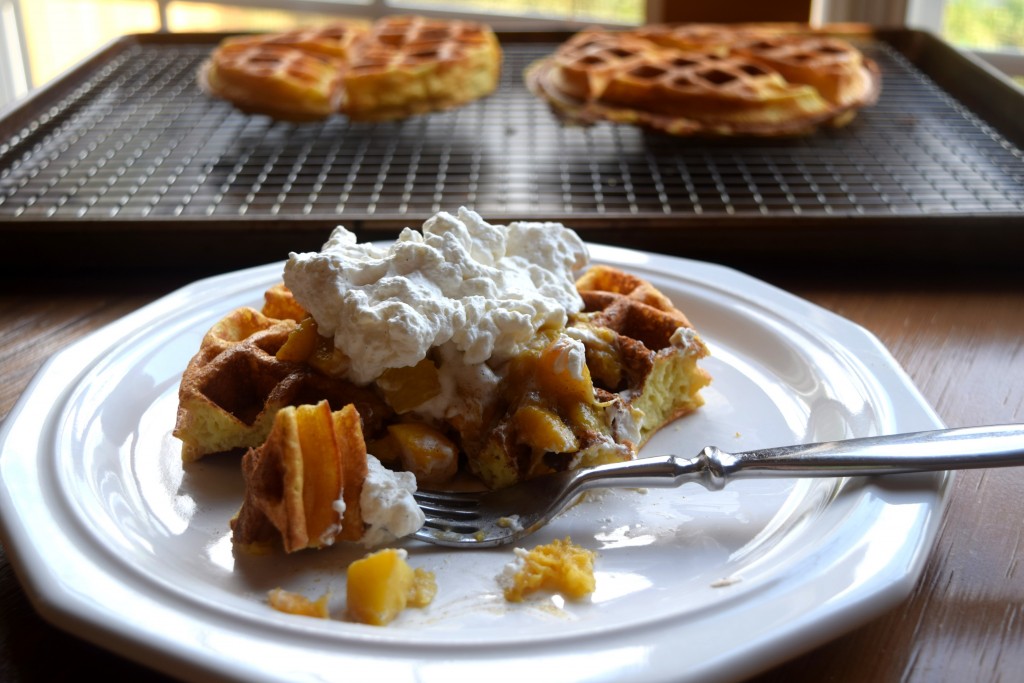 Since we’re all about full disclosure here, I’ll tell you that I did a practice run on Saturday while Chris was gone for the day.  That’s when I took these pictures.  And let me tell you that I can sure make some ugly waffles!  The second run on Sunday turned out a few that looked a bit better.  Plus I added bacon which makes everything better. 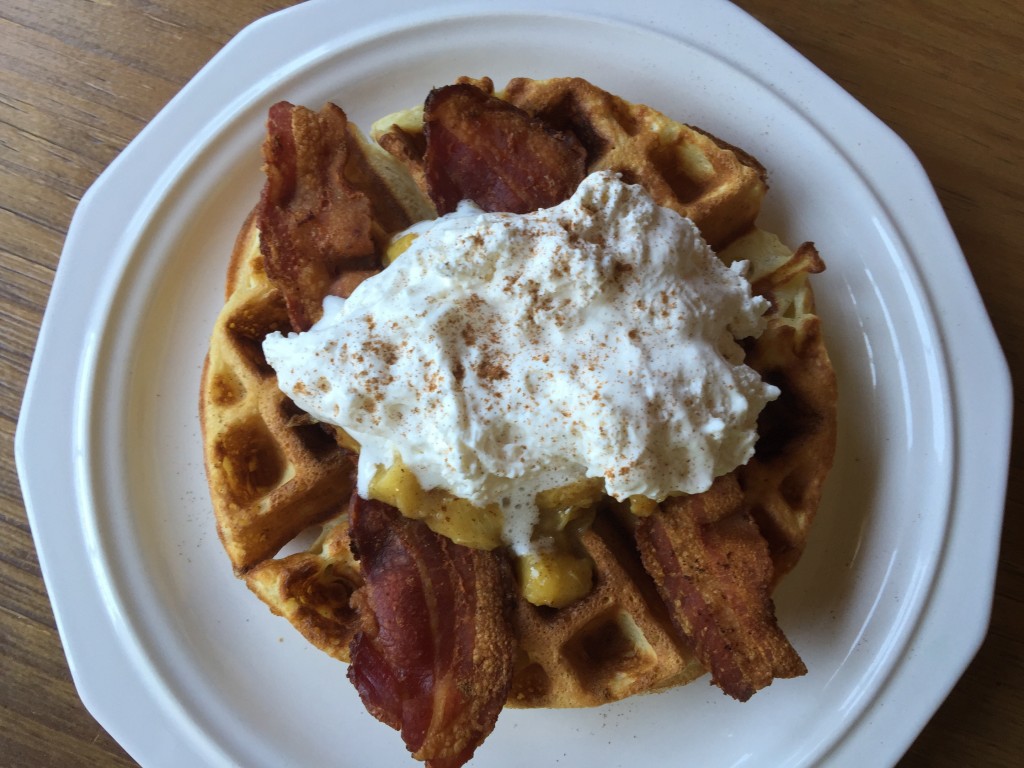 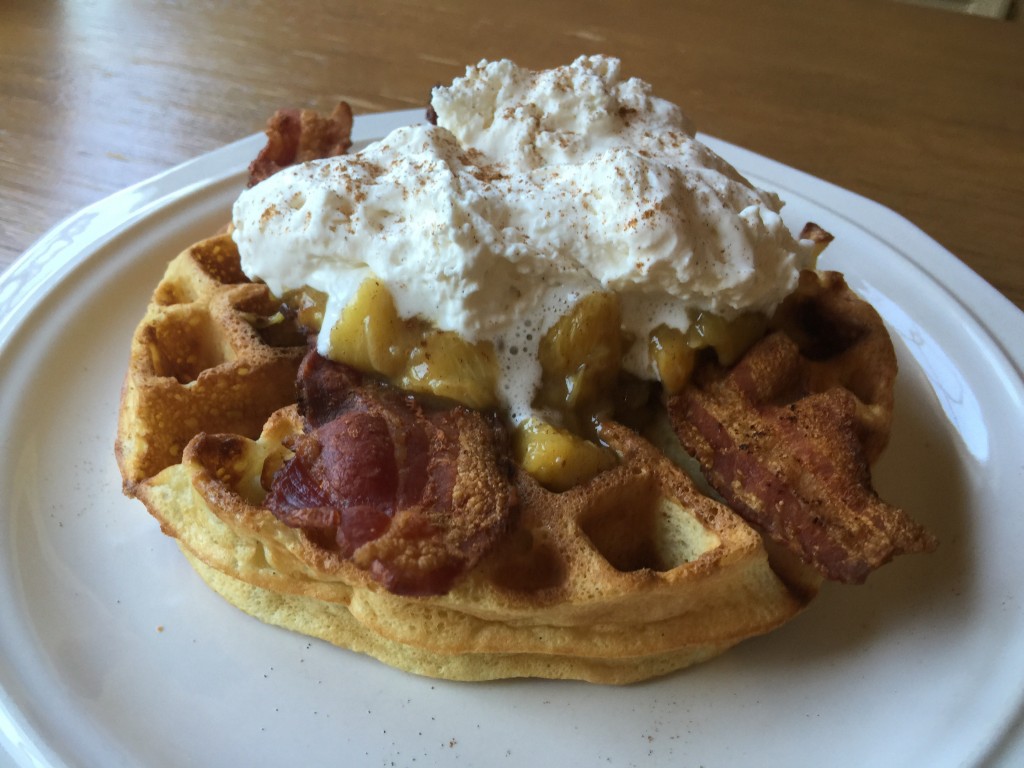 I snapped these with my iPhone yesterday.  I had to be quick because it just wouldn’t be right to serve Chris cold ugly boozy waffles on Father’s Day. 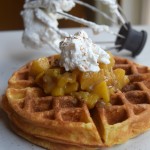 For the Bourbon Peaches

For the Whipped Cream (can be halved)

For the Bourbon Peaches

For the Whipped Cream

Note:  You want to use a third bowl to whip your egg whites and not the one you had the yolks in because if you get yolks in your whites the whites won’t whip.

Note:  My waffle iron specifically said DO NOT USE COOKING SPRAY, but if yours doesn’t mind – go for it

Note: My waffle iron made 4 1.5 inch thick waffles from this recipe

P.S. – Don’t forget to enter the giveaway for the Williams-Sonoma gift card!