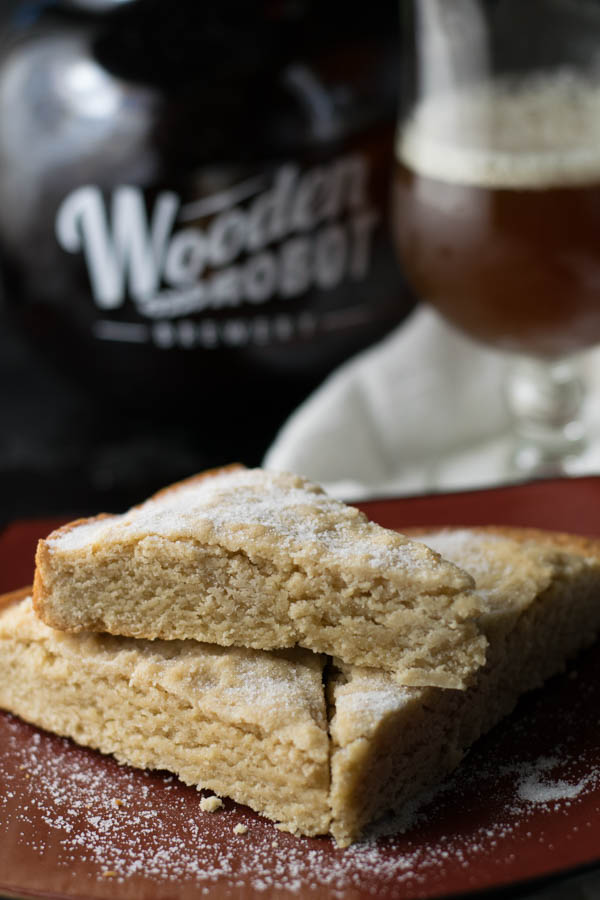 It’s always playing second fiddle.  The under-appreciated runner up to the homecoming queen and bell of the fall ball.  The pumpkin ale. 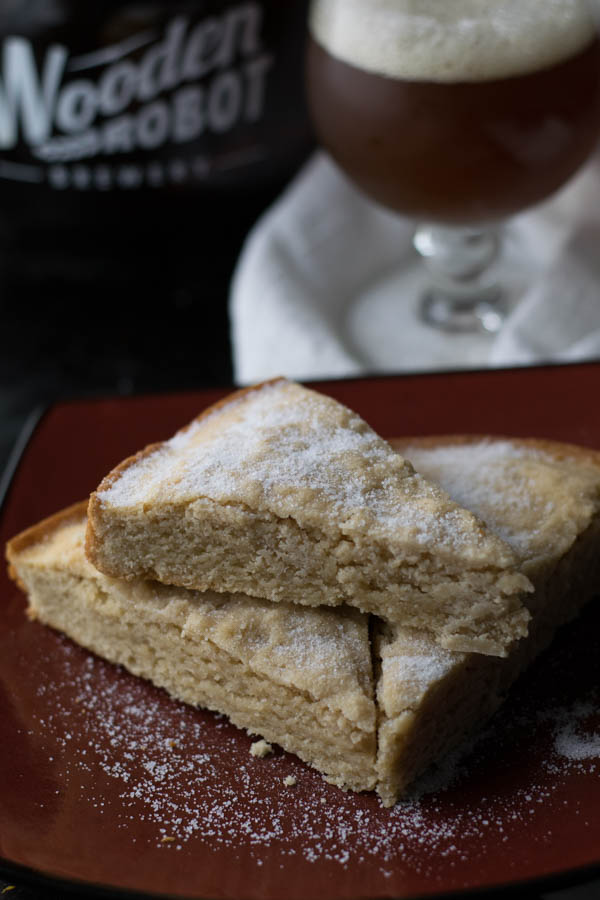 Don’t get me wrong.  I love a pumpkin ale as much as anyone else.  I do prefer it in October rather than July, but it is what it is.  So, when October finally rolls around, we’re all about the pumpkin.  Then we move into the holiday season and all we can talk about is gingerbread and peppermint.  Other than a brief solo performance in a casserole or maybe a pie at Thanksgiving, the sweet potato is all but forgotten.  I mean, when was the last time you saw a sweet potato ale in July? 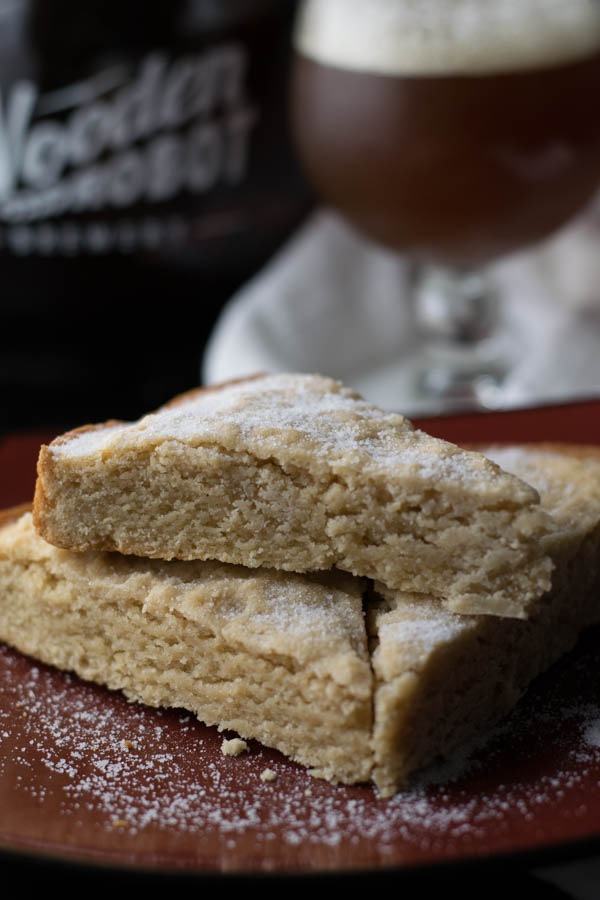 Remember when I told you about how back in late October Chris and Jeff went to that Panthers game? Well, I dropped them off at The Wooden Robot – a local brewery walking distance from the stadium. They were going to have a beer there before the game, then walk back after and have another while the crowds thinned out and they could grab an Uber.  I was thrilled when I discovered the brewery had a Sweet Potato Ale and told them to bring me a growler.  I actually told them not to come home without it!  They brought me this precious jug of heavenly brew and I made it the star of it’s own show.  The Sweet Potato Ale Shortbread. 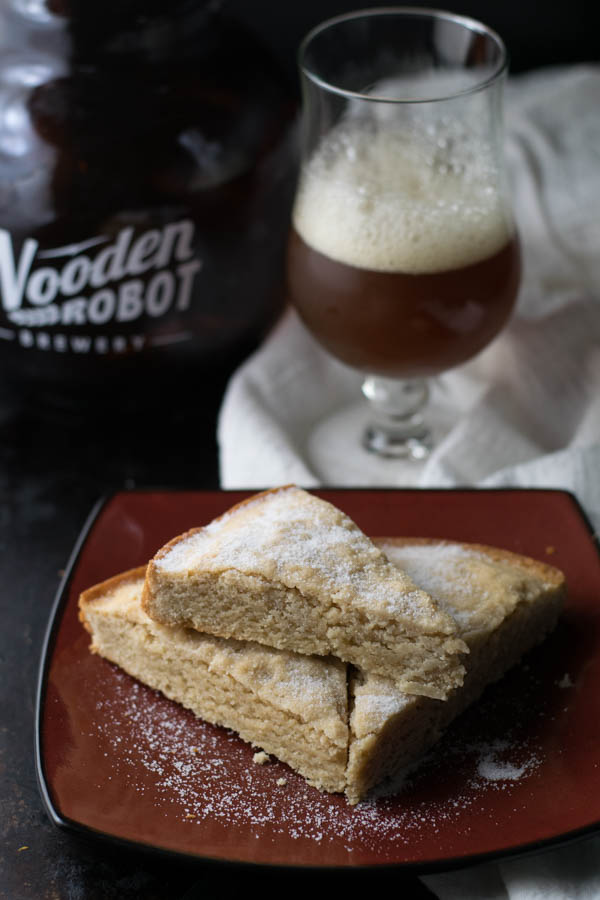 This beauty plays second fiddle to no one. 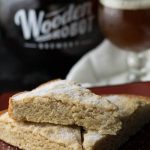