Last Saturday we got to be a part of something super cool and exciting, so I wanted to share it with you.  I would like to introduce you to someone special… 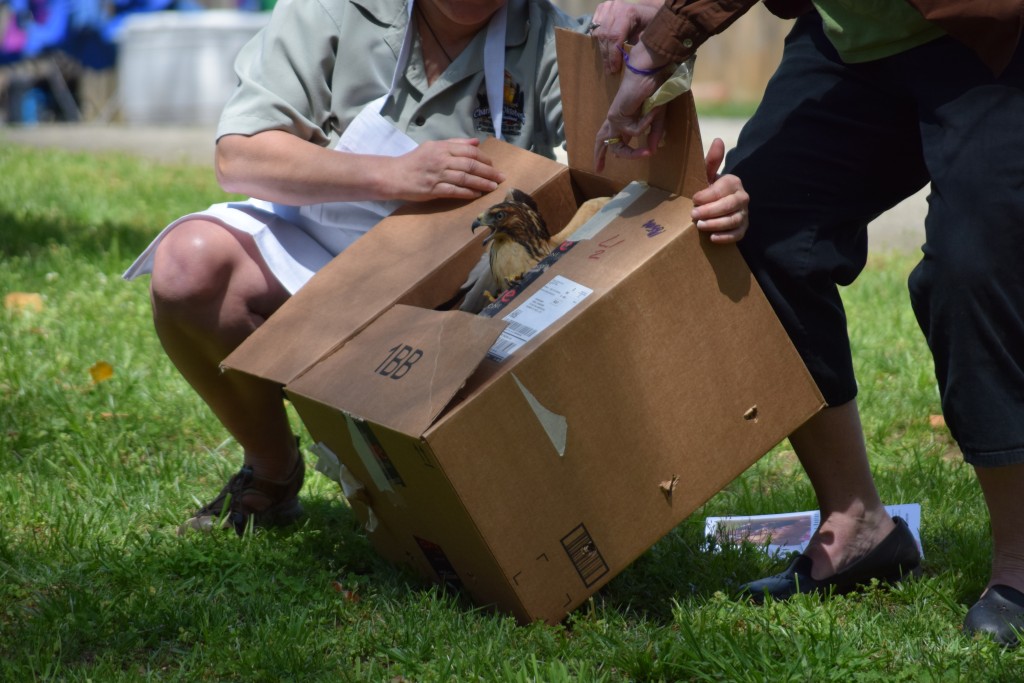 Bird is a broad-winged hawk that Lisa found in her yard last August.  She could tell right away that he was hurt and called the Carolina Raptor Center (CRC).  It turned out that he had a broken wing.  The CRC took him in and nursed him back to health.  Unfortunately, while he was there he broke his foot and had to have surgery.  Talk about a run of bad luck!

Did you know that birds have hollow bones?  I didn’t either.  Lisa told me. 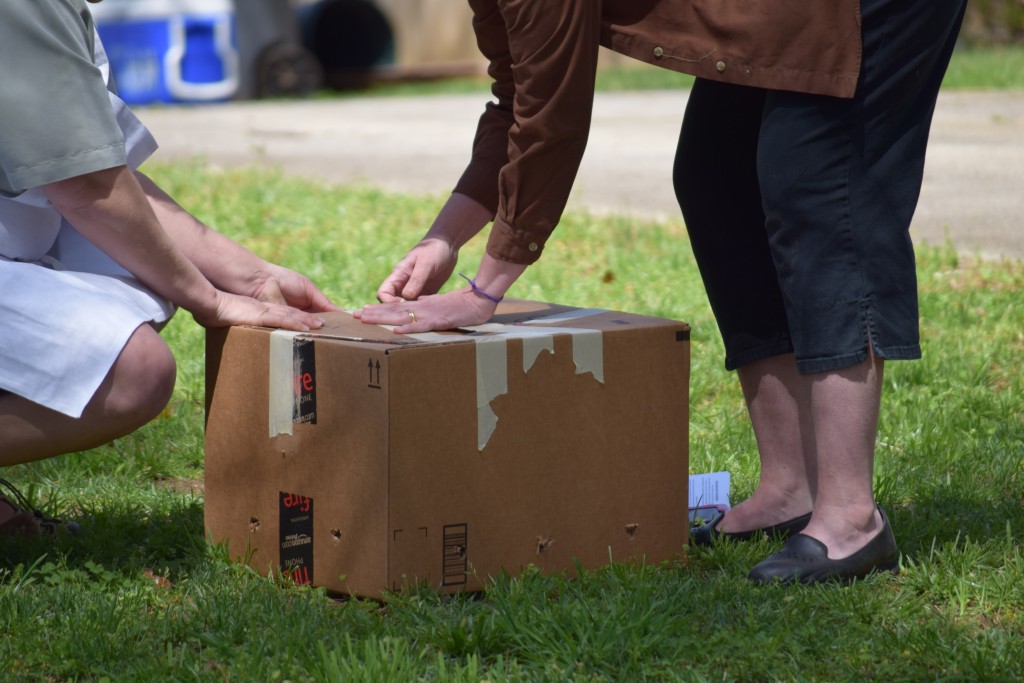 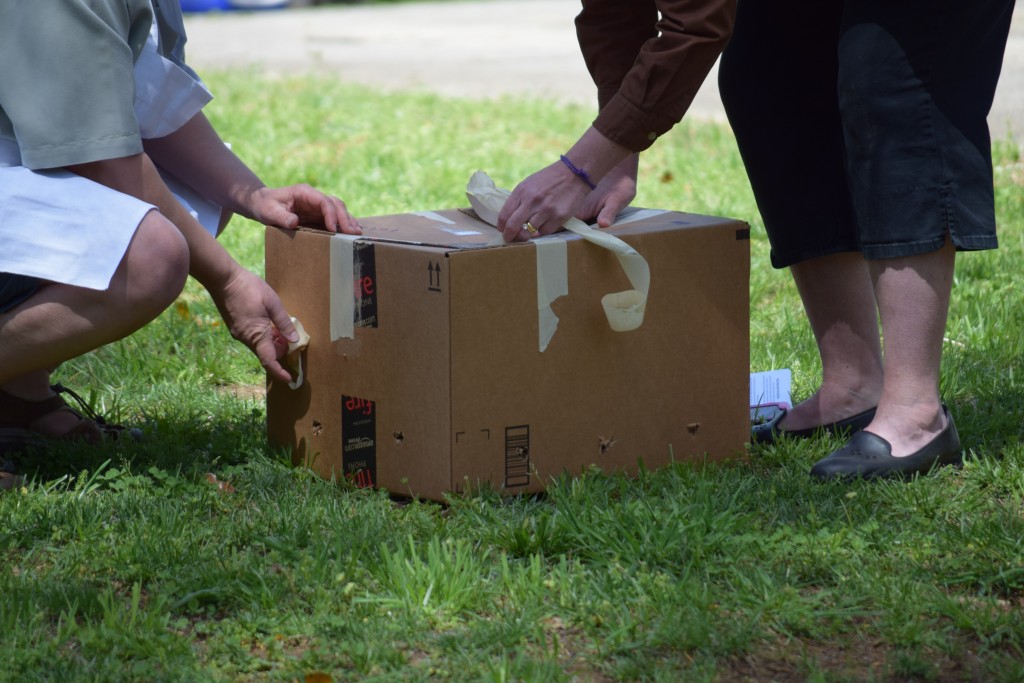 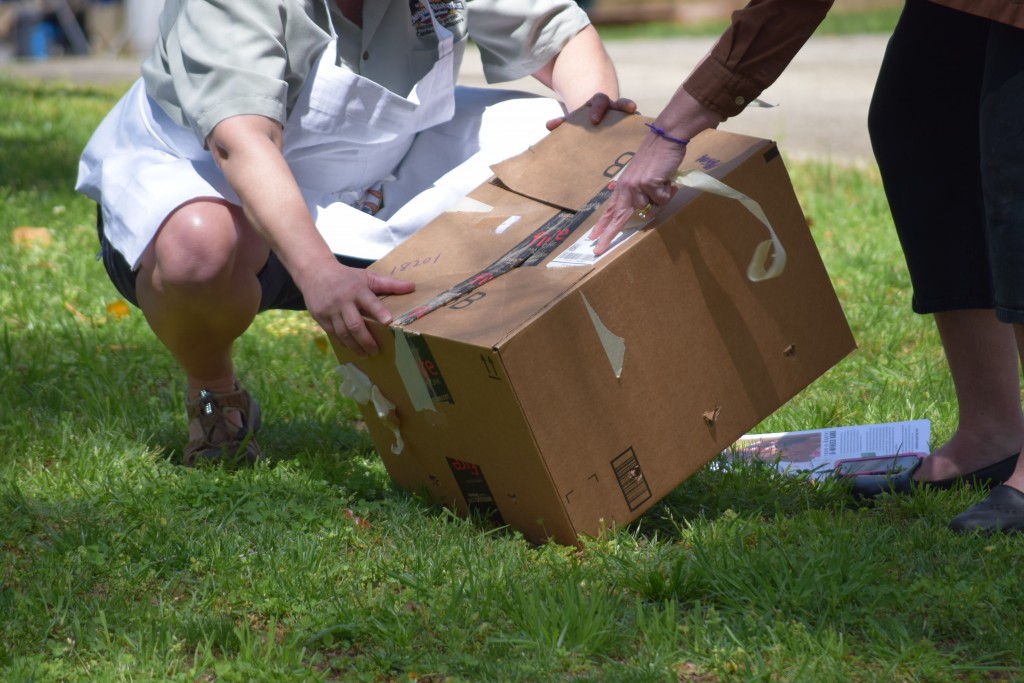 Let me give you the 411 on Lisa’s connection with CRC.  The short version is that we’re members of a home brew club – The Carolina BrewMasters (CBM).   Every year (for the last 15 years) CBM hosts the Charlotte Oktoberfest, which raises money for charity by drinking beer.  In Lisa’s words, how cool is that?  Lisa was in charge of planning Oktoberfest in 2011 and CRC was one of the 3 charities that each received $20,000 from CBM. 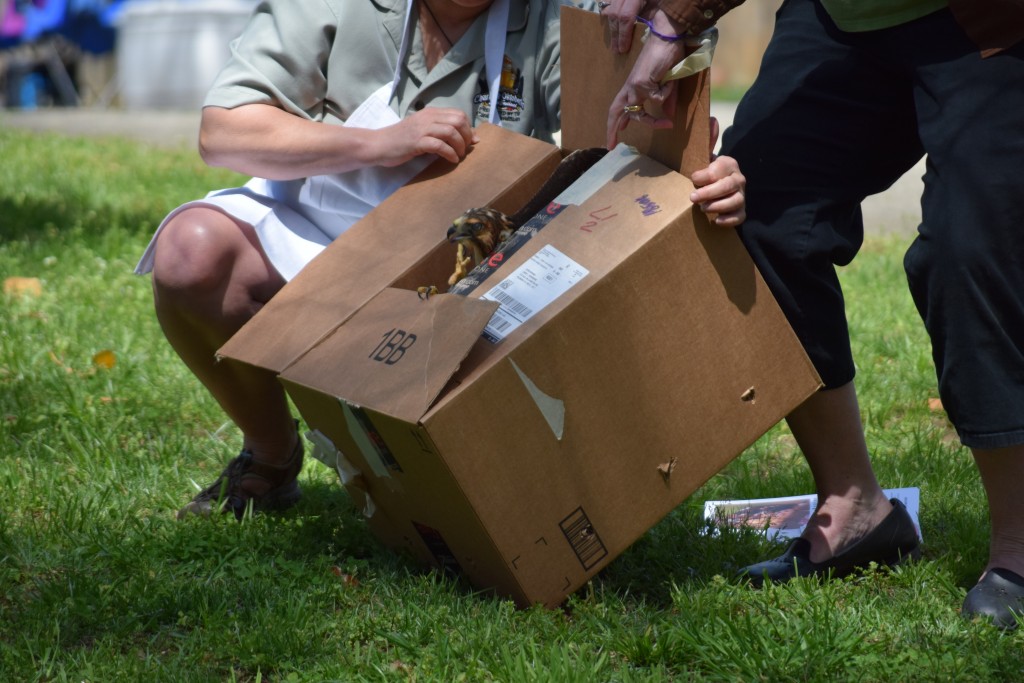 So Lisa kept track of Bird’s recovery on the CRC’s website and decided early on that she wanted to make a big deal about his release.  They usually like to release the birds back into the wild in the same location where they were found – except when the reason they were taken to the CRC was a gunshot.  Makes sense to me. 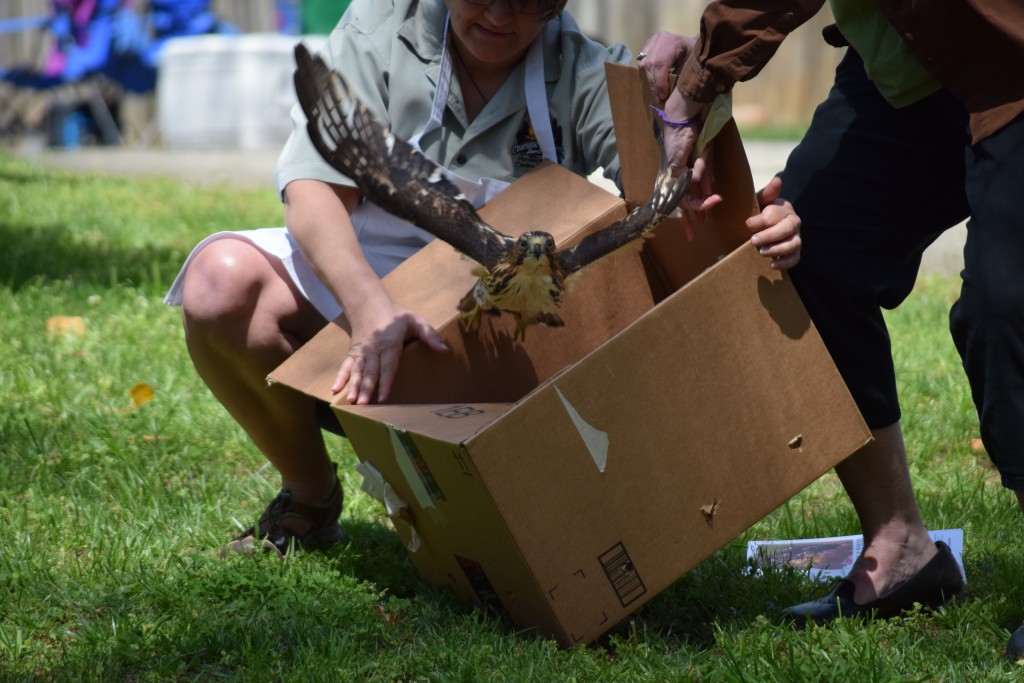 I can’t remember when Bird was originally supposed to be released, but it was some time in the winter and all his peeps were in Florida – broad-tailed hawks migrate.  Yeah, I didn’t know that either.  But then he broke his leg and his release was delayed.

So the timing worked out for Lisa to make a big deal.  And let’s be real here.  We can always find a reason to throw a party, brew beer, drink beer, and raise money for charity. 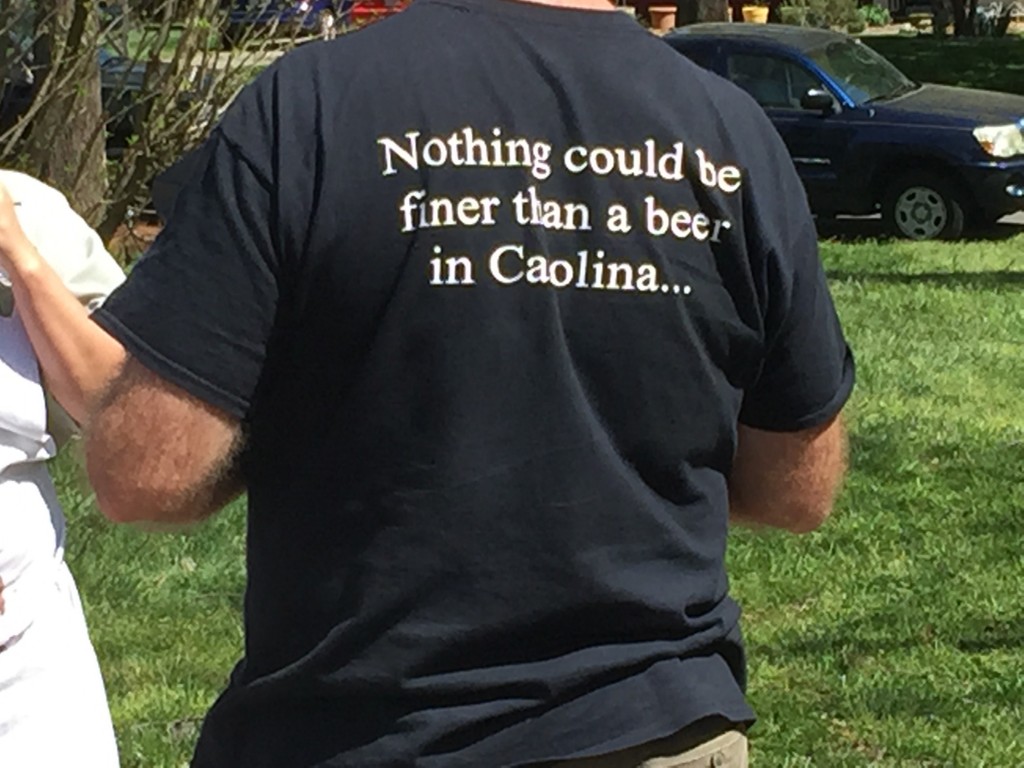 So Lisa organized a brew session fundraiser sponsored by CBM and invited her friends, BrewMasters, and all the neighborhood families. 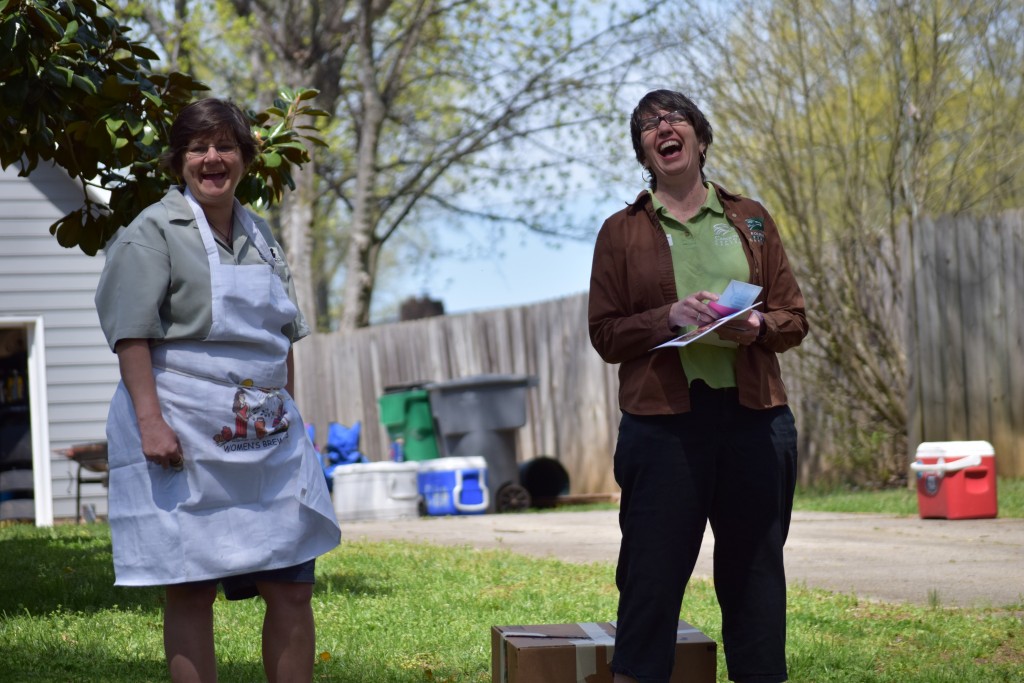 That’s Lisa on the left.  Michelle from CRC packed Bird up in a box and brought him to Lisa’s house. Michelle gave a presentation about raptors. 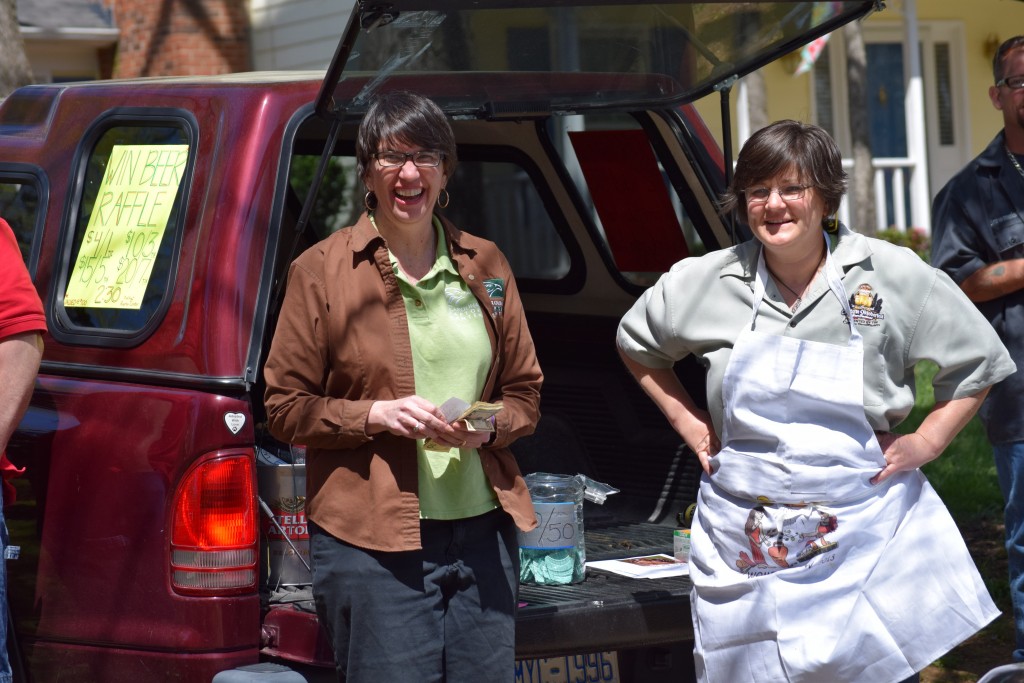 There was a 50/50 raffle.  A little girl won and donated half of her prize back to CRC. 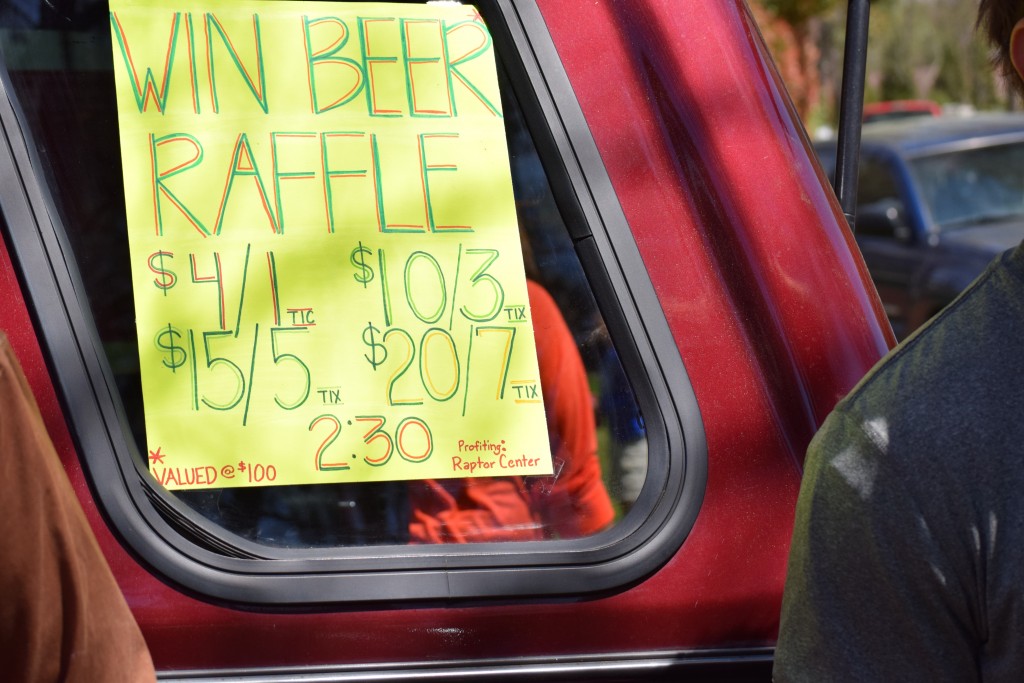 Lisa collected beer donations and put together a basket for another raffle. 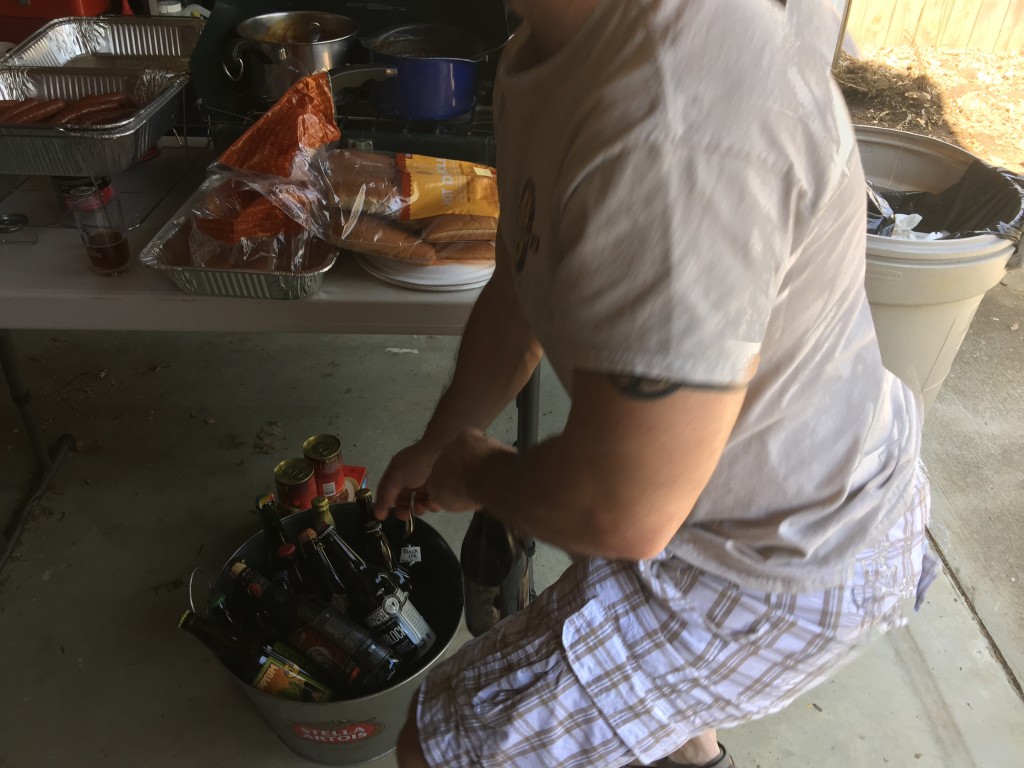 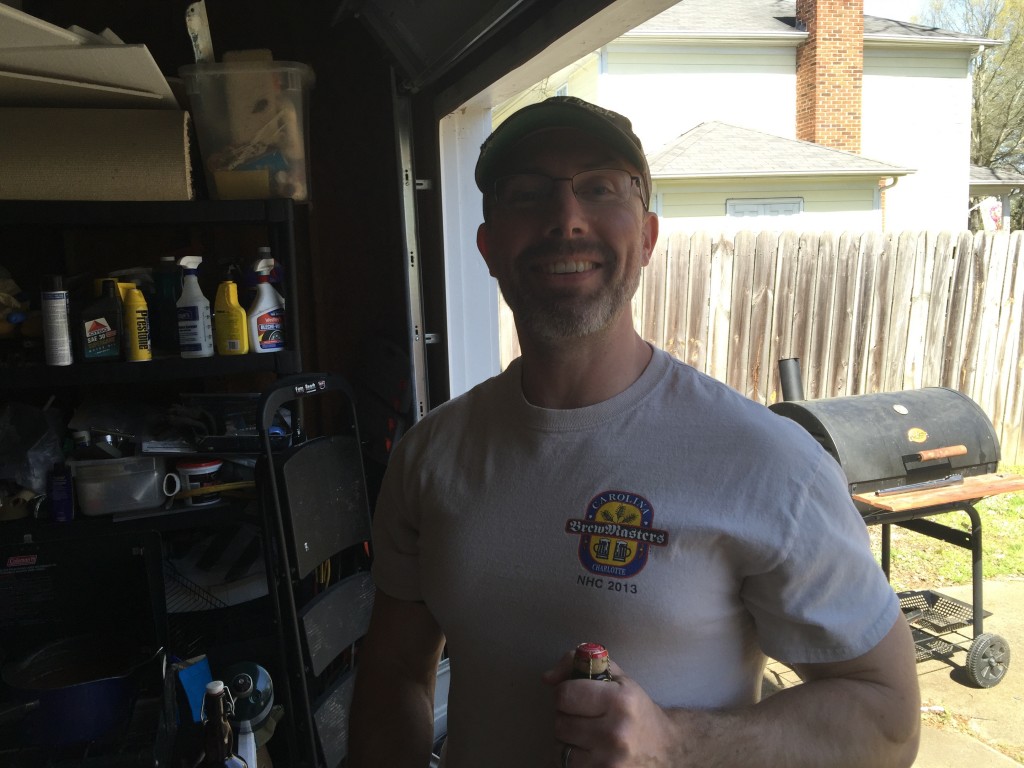 That’s our friend Josh.  He’s so happy because he won the beer. 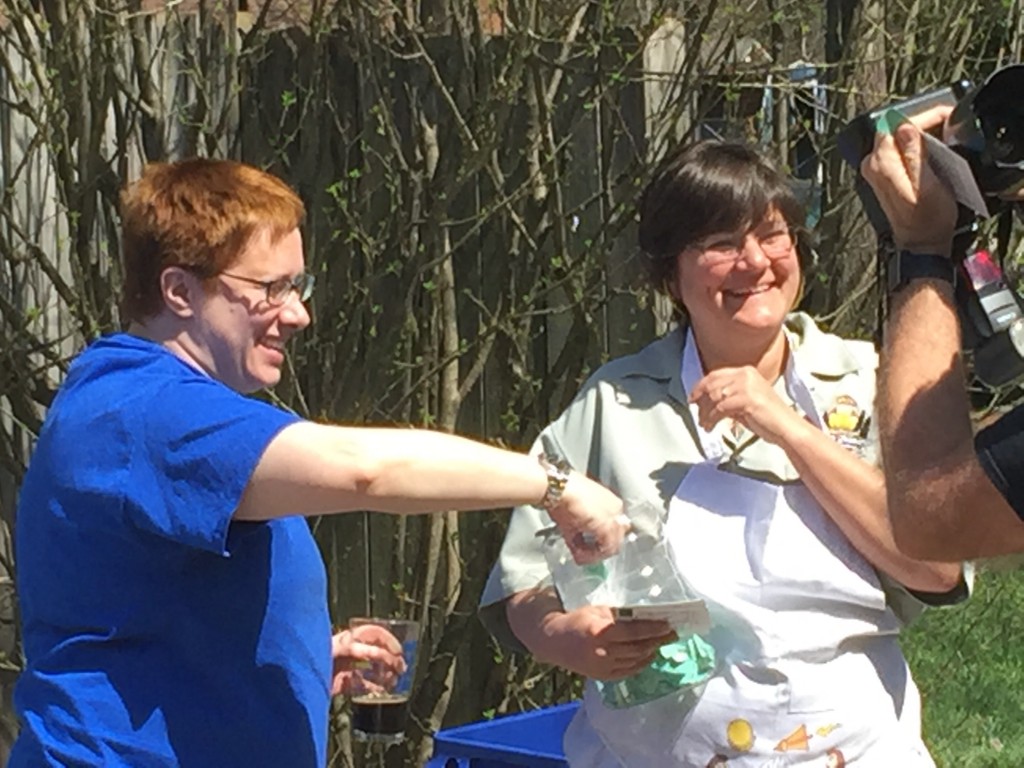 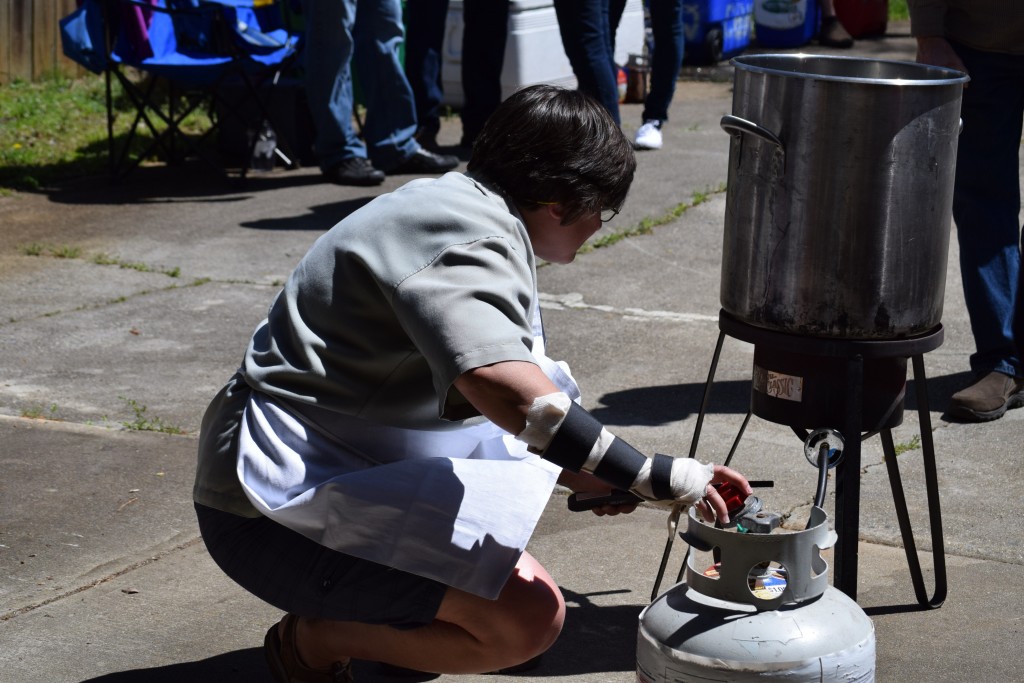 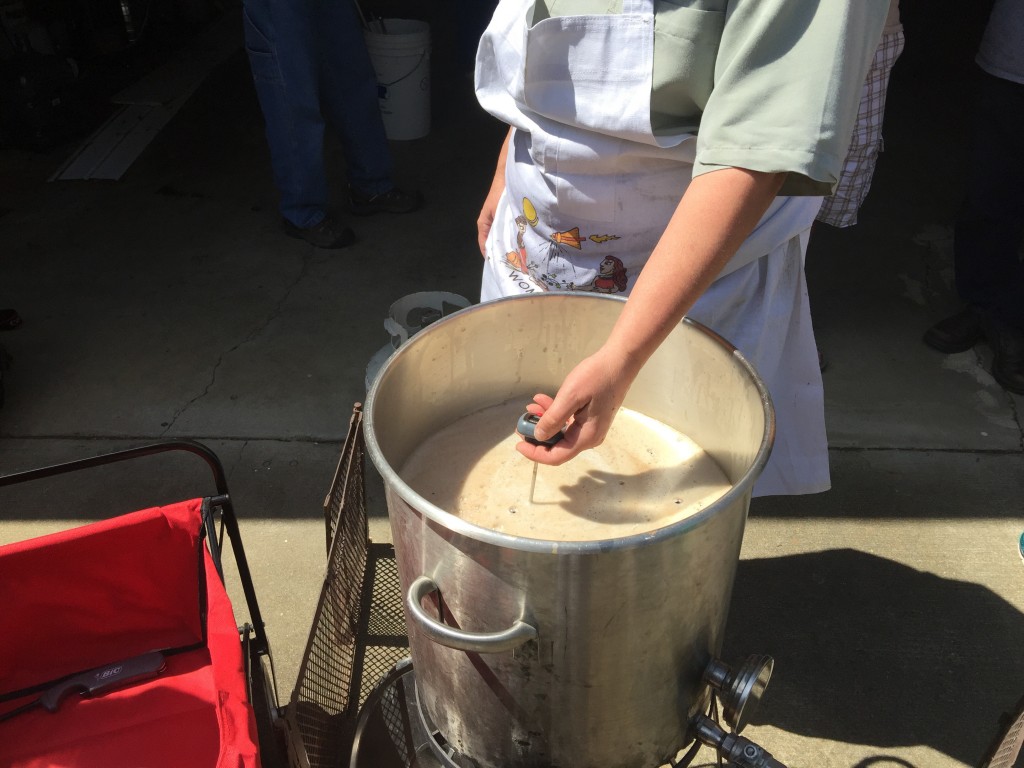 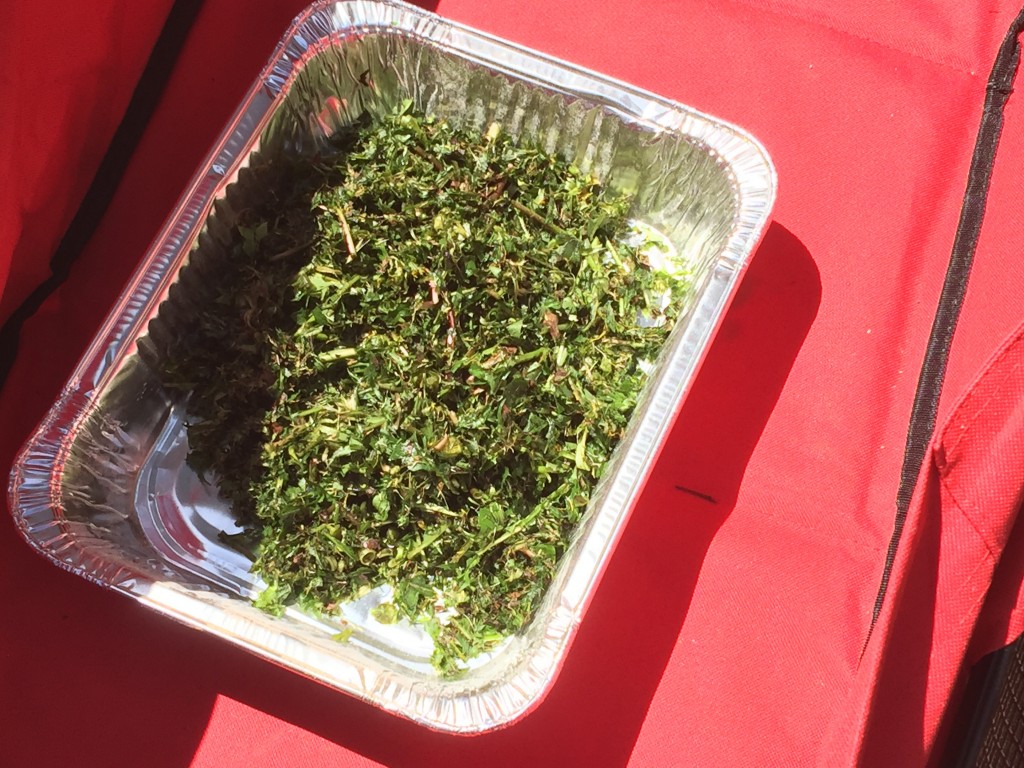 She used Dandelion Greens to bitter.   They’re good for your liver, so she brewed a preventive and healthy beer. 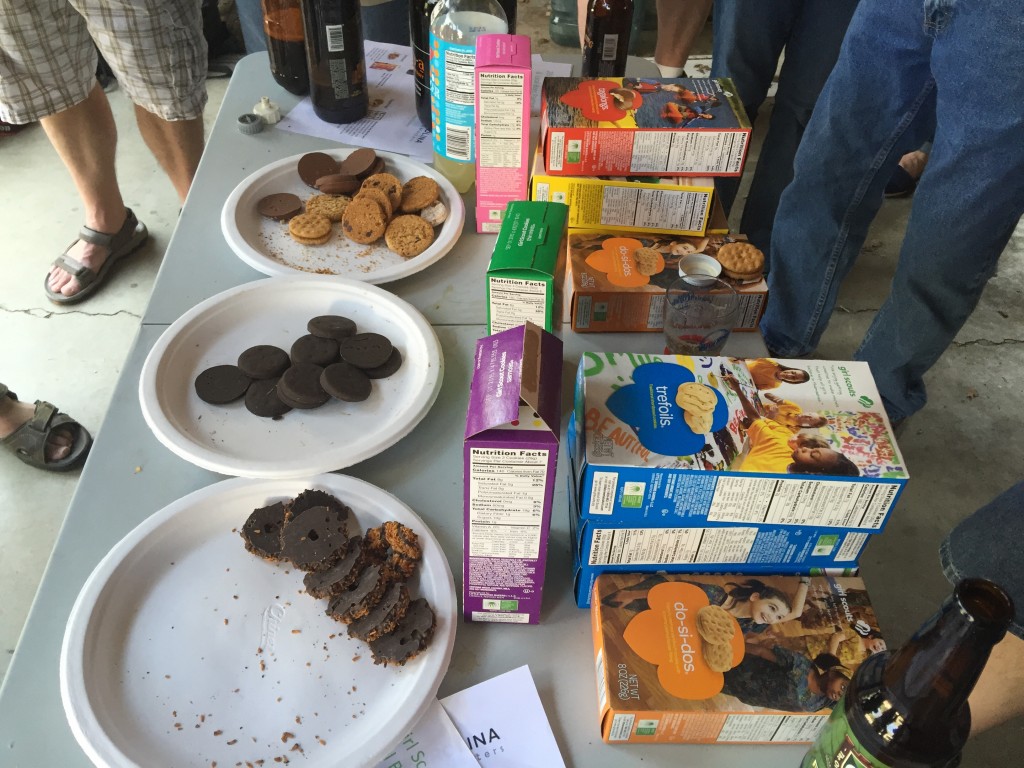 She even had a beer and Girl Scout Cookie pairing. 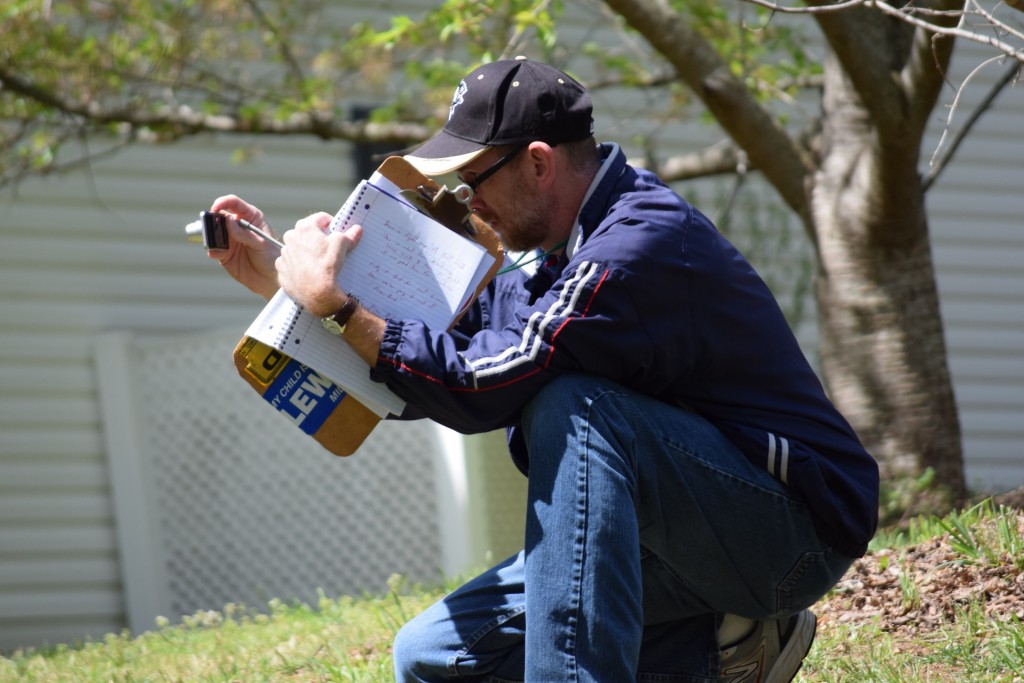 That’s the reporter dude from the Charlotte Observer.  You can read all about it and watch the video of Bird’s release here. 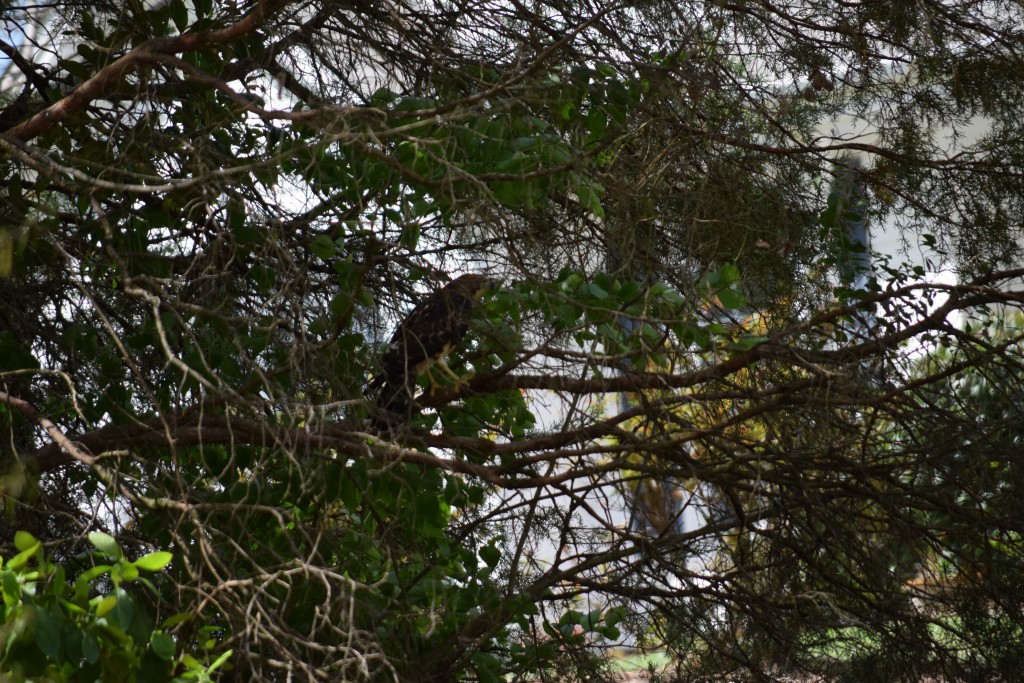 Do you want to know why Lisa named him Bird? 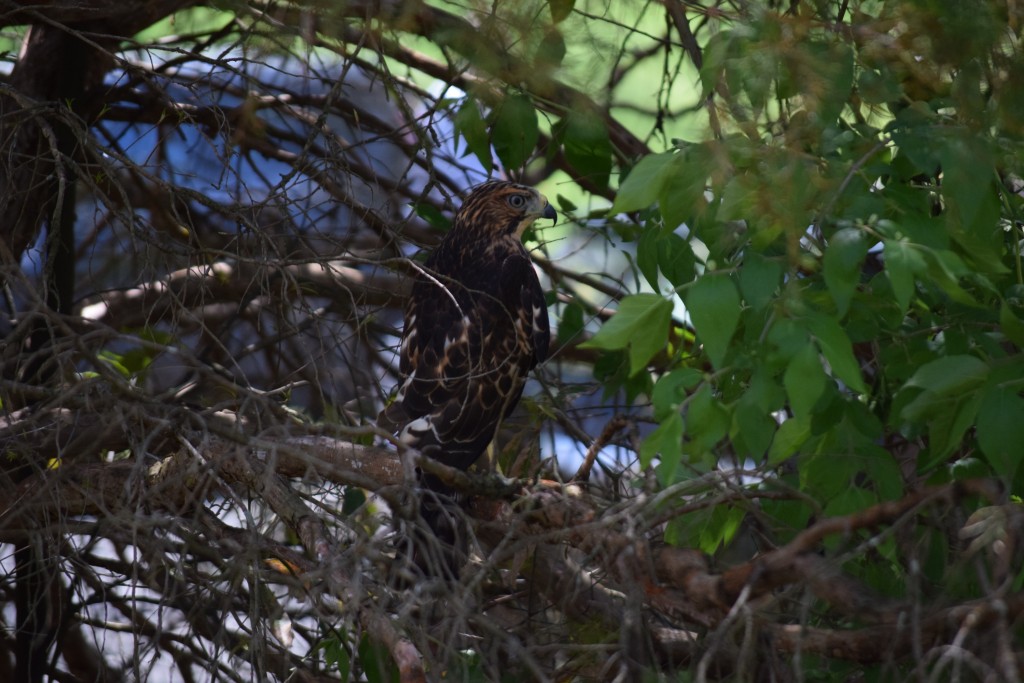 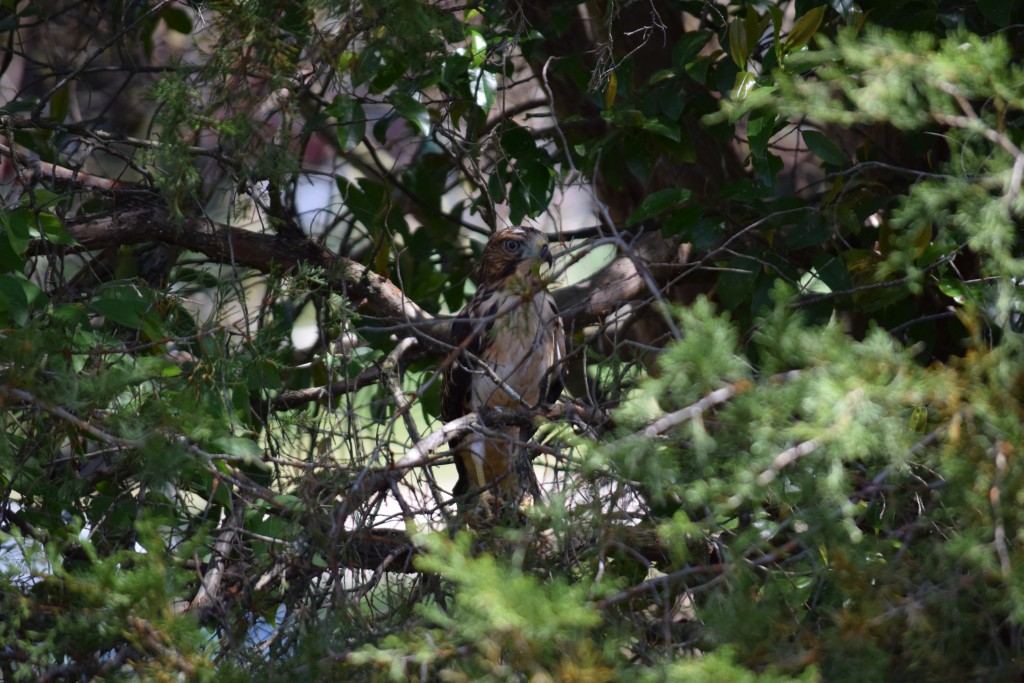