I know!  I know!  Coq au Vin is made with wine, but if I had called this dish Coq au Lazy Bird Brown Ale it wouldn’t have made any sense to anyone!  Jimminy, that doesn’t even make any sense to me! 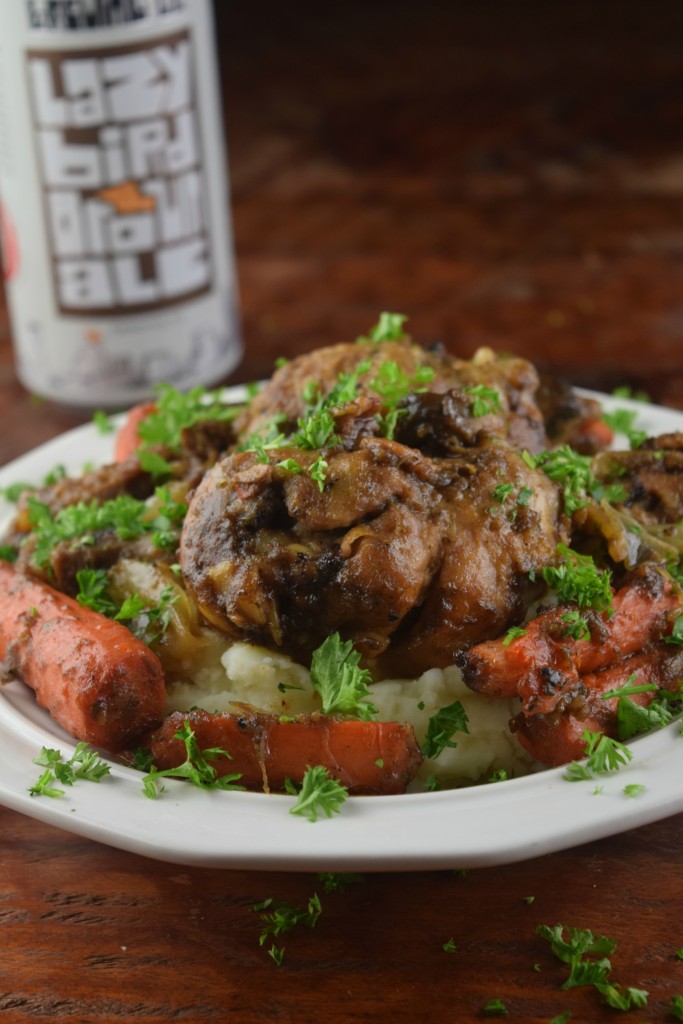 More on that inspiration later.  More importantly, how was your weekend?  Did you get some time to relax?  Did you do anything fun? 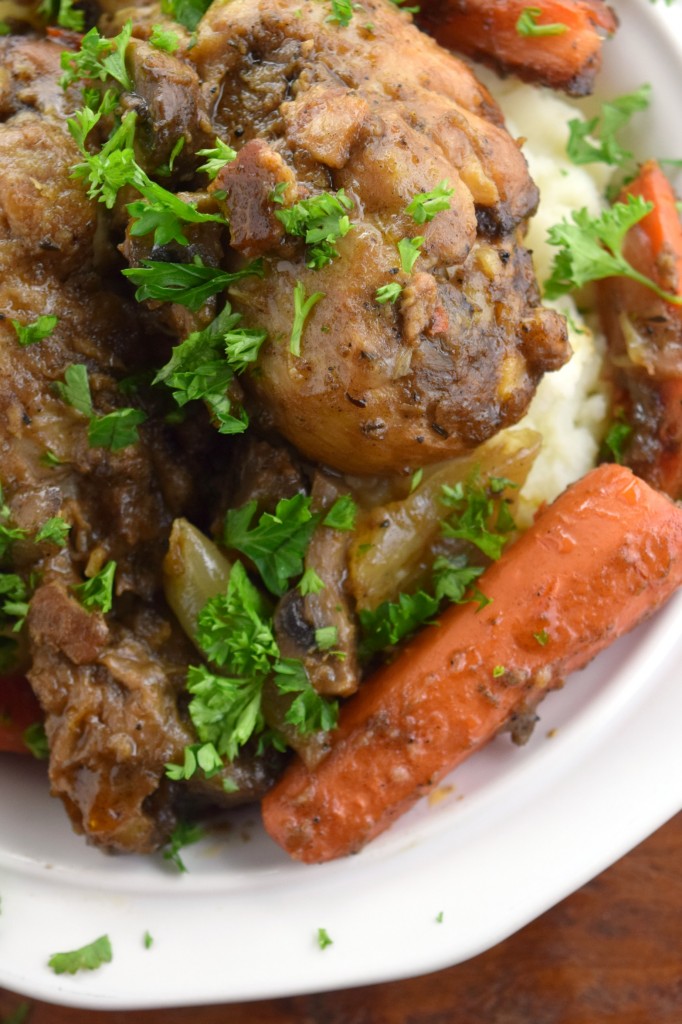 We stayed in most of the weekend, but did venture out Saturday for a bit to get some groceries and run some errands.  Not all that exciting, but we had a quiet Sunday at home and as always, y’all will be relieved to know that I’m finally caught up on General Hospital.  BTW – have you seen Making a Murderer?  Or listened to the Serial podcast?  Jeeze.  #imsodisturbed.  No spoilers here. 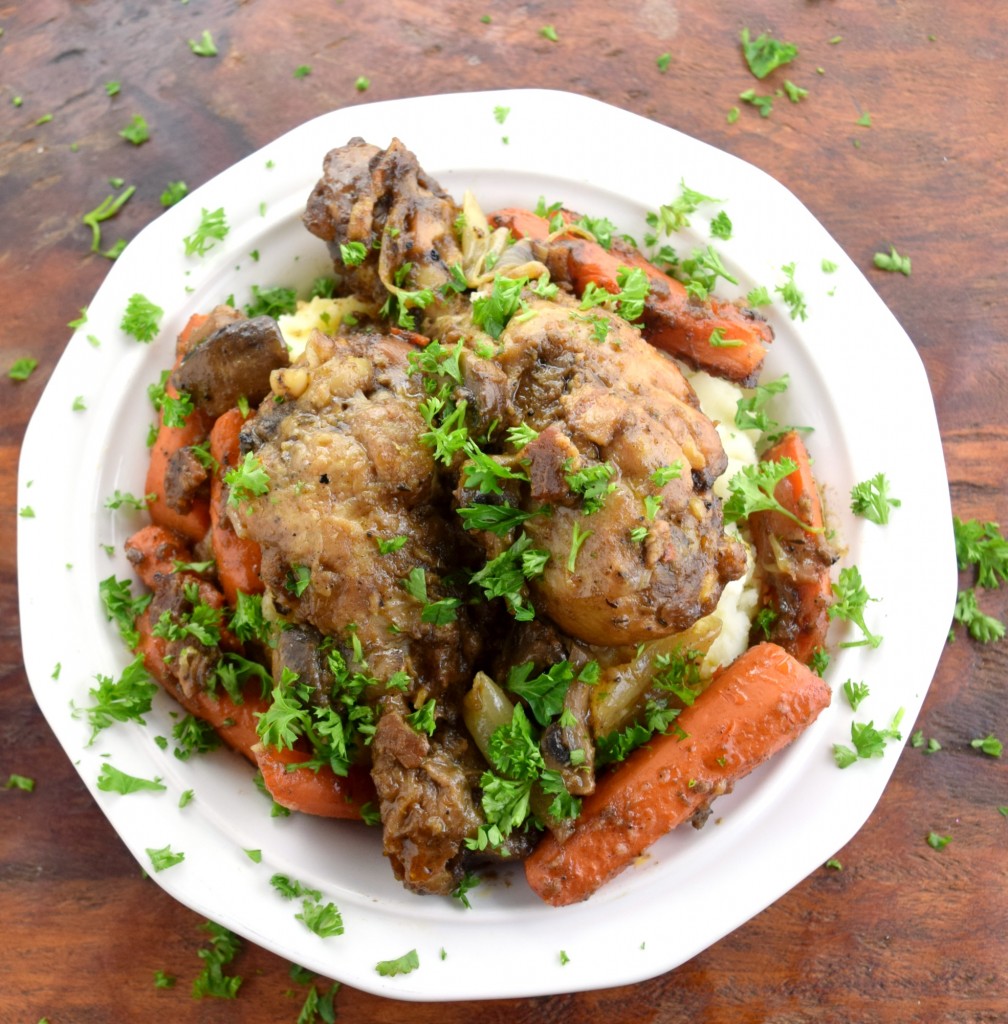 Anyhoo – this chicken.  It was actually Chris’s idea.  Birdsong Brewing here in Charlotte had a cookbook/recipe competition back in the fall (I think?) and Chris suggested making a Coq au Vin style dish only using their Lazy Bird (get it? hehe) Brown Ale instead of wine.  Done. And Done. 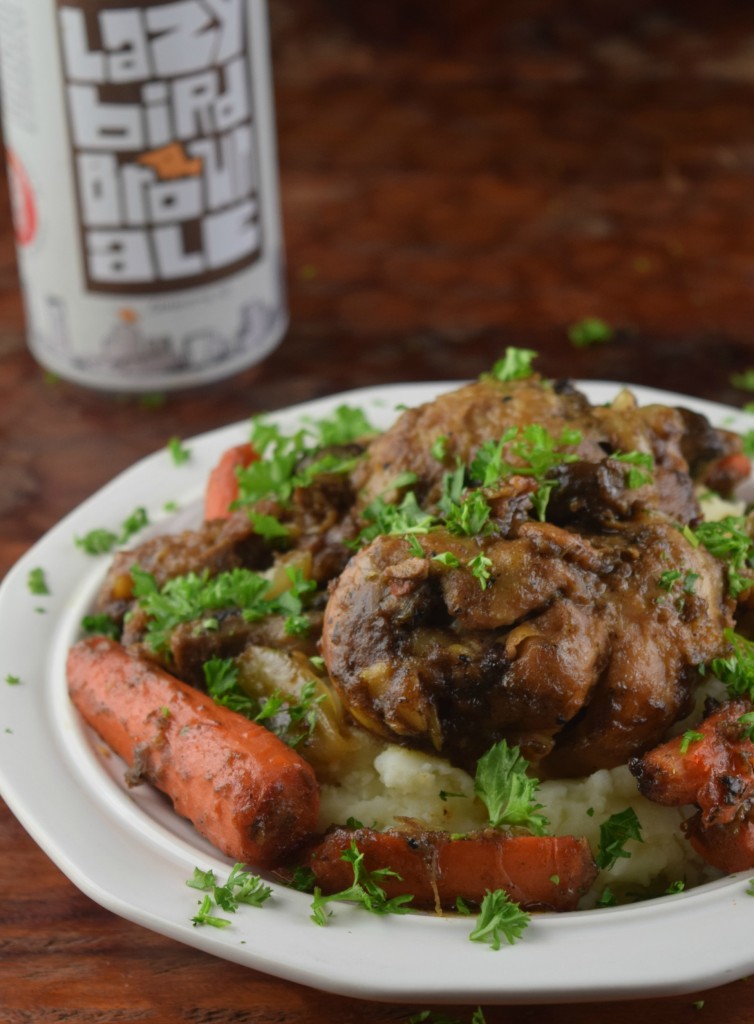 Only I totally forgot about the competition and missed the deadline, so you won’t be seeing this recipe in Birdsong’s cookbook.  Ooops. 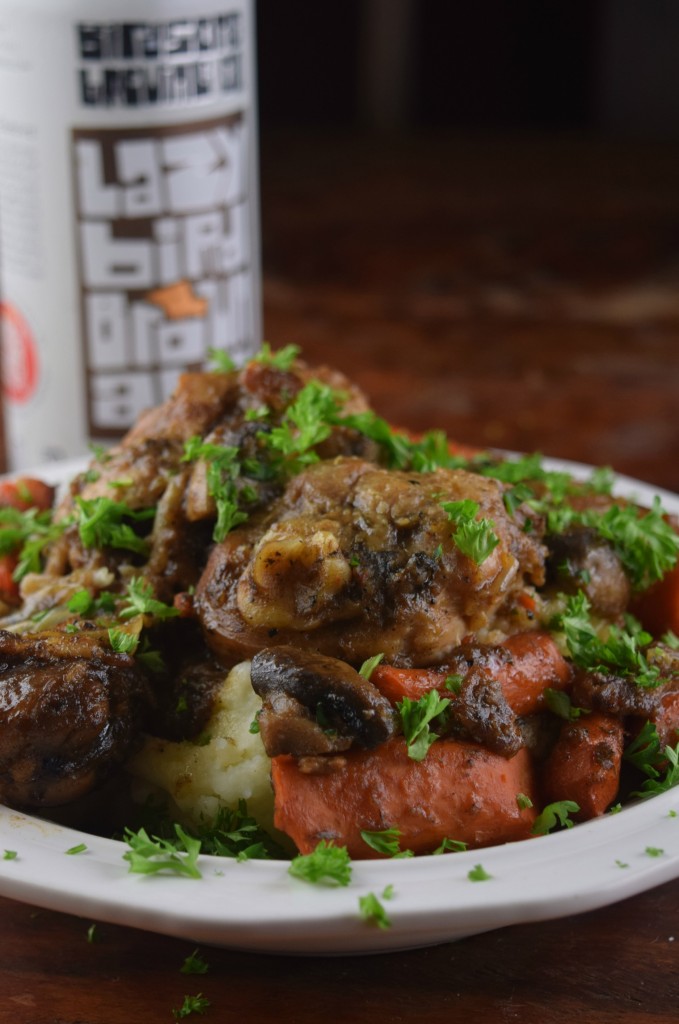 Caq au Vin is a dish that takes some time.  We spent last week focusing on easy weeknight meals, but now we’re back to cooking with beer and dishes that take a while are important too.  Besides, it’s Monday.  Let’s start this week out right with some beer!

Note:  We served this over mashed potatoes